Will the assassination of Gen. Soleimani be Trump’s ‘1914’ moment? 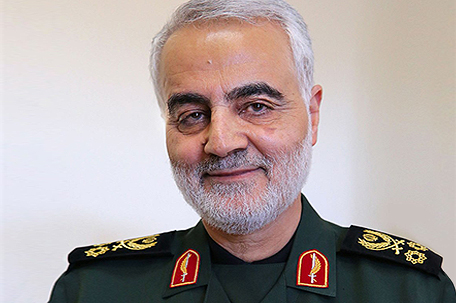 On Friday, January 3, Gen. Qassem Soleimani, Iran’s most beloved military commander and leader of its elite Quds force, was assassinated in a targeted US drone air strike outside Baghdad International Airport. Soleimani had relentlessly defended Iran and its interests in the Middle East for more than two decades.

US Secretary of State Michael Pompeo said that Gen. Soleimani was killed in order to disrupt an “imminent attack” against American interests in the region.

“I can’t talk too much about the nature of the threats. But the American people should know that the President’s decision to remove Soleimani from the battlefield saved American lives,” claims Pompeo.

It is important to recognize that neither the president nor Pompeo have offered any evidence to support this irresponsible and reckless action. It was lies from the Bush 43 administration that took America into the illegal invasion of Iraq. It appears that lies and/or false narratives are being used to rationalize this latest heinous act that may also result in another senseless war.

Those who do not learn history are doomed to repeat it. We know that President Trump is not well read, ignorant, not learned. Will the assassination of Gen. Soleimani become Trump’s “1914” moment?

Here’s the background on this question: On June 28, 1914 Archduke Franz Ferdinand of Austria was assassinated by a Bosnian Serb nationalist during an official visit to the Bosnian capital of Sarajevo sparking a chain of events that led to the start of the World War I. As it was in 1914, it remains today. In several countries, it was a growing sense of nationalism, resistance to colonial rule and imperialism along with the constant quest for markets, territory and resources that laid the groundwork for Ferdinand’s assassination to trigger WWI. One can only wonder if Trump’s latest blunder will result in a similar outcome.

More frightening than the Trump administration’s blunder is the ahistorical context in which it is explained by many in US mainstream commercial media. One wonders if the media is engaging in a “wag-the-dog” scenario in order to defend failed ideas such as American exceptionalism.

Sen. Elizabeth Warren, former Vice President Joe Biden and TV analysts say that Gen. Soleimani’s assassination is morally justified since he “was a murderer” and had “American blood on his hands.”  However, they also argue that from a tactical perspective, it was the wrong move at the wrong time. This is ahistorical, intellectually dishonest and hypocritical. There’s not a general in world who has been on the battlefield that does not have the blood of his enemy on his or her hands. Generals Norman Schwarzkopf, Jr., Colin Powell and David Petraeus all have Iraqi blood on their hands. That’s what generals do.

Unlike Bush 43 and members of his administration, Gen. Soleimani was never labeled a “war criminal” by the International Criminal Court or any other.

According to Richard Clarke, former Bush 41, 43 and Clinton administration official, “…Bush, Dick Cheney, Donald Rumsfeld and their legal advisers were tried in absentia in Malaysia. …the five-panel tribunal unanimously delivered guilty verdicts against Bush, Cheney, Rumsfeld and their key legal advisors who were all convicted as war criminals for torture and cruel, inhumane and degrading treatment.”

Even more directly related to Iran, it was Gen. Schwarzkopf’s father, Gen. Herbert Norman Schwarzkopf, Sr., who along with Kermit Roosevelt implemented the 1953 coup d’état in Iran known as Operation Ajax. This resulted in the overthrow of Iran’s democratically elected Prime Minister Mohammad Mossadegh and installed the dictatorial shah. Gen. Schwarzkopf, Sr. also helped to train what would later become known as the SAVAK; the Shah’s secret police that tortured and executed Iranians on behalf of the Iranian government, the CIA and the Israeli Mossad.

Iran is a sovereign nation. As such it is justified in using lethal force in order to protect it’s clearly defined geographic territory and borders against internal and external threats. Pompeo speaks in the context of defending American “interests.”

“Where we see American interests at stake or fundamental norms around the world that need to be enforced, we’ll use all the powers that we have,” he said.

The term “American interests” is a very vague and ill-defined expansion of the lexicon that in the minds of Americans gives the US carte blanche to impose its will any place it sees fit. Gen. Soleimani was defending his country and his country’s interests against the generations of threats and aggression of western imperialists. Again, to claim otherwise is ahistorical and incredibly hypocritical. What’s good for the goose is good for the gander.

Analysts and commentators often opine that America’s relationship with Iran turned sour in 1979 with the taking of US hostages. They totally ignore the 1953 coup. They fail to explain that it was due to lies told to former President Jimmy Carter by former Secretary of State Henry Kissinger and David Rockefeller that the shah was dying from cancer and the only place in the world that he could receive treatment was in New York that convinced Carter to let him into the country. This resulted in a decision that Bloomberg reports led to “the seizure of American hostages in Tehran from 1979 to 1981.”

The irresponsible decision to assassinate Gen. Soleimani cannot be placed solely at the feet of Trump. One must ask House Speaker Nancy Pelosi and the 188 Democrats that joined the GOP about handing Trump a $738 billion military budget devoid of the bipartisan amendment to stop the war in Iran. Since Soleimani’s assassination is an act of war, is it a coincidence that it occurred weeks after the NDAA was passed by the House?

This decision was dangerous, reckless, foolish and irresponsible. As Minister Louis Farrakhan said about Bush 41’ in 1990, “…arrogance poisons one’s ability to properly assess reality. …he’s your modern Pharaoh, your modern Caesar, your modern Nebuchadnezzar. He’s all wrapped up in all of those ancient sick men who got sick because they thought they were a god beside God…” So it was then; so it is today.

Let us pray that the leadership in Iran does not take the bait and recklessly respond. The world can ill afford for this to become Trump’s “1914” moment.

Dr. Wilmer Leon is the producer and host of the nationally broadcast call-in talk radio program, “Inside the Issues with Leon,” on SiriusXM Satellite radio Channel 126. Visit: www.wilmerleon.com, or email: [email protected] You can also reach him via social media at: www.twitter.com/drwleon and Dr. Leon’s Prescription on Facebook.