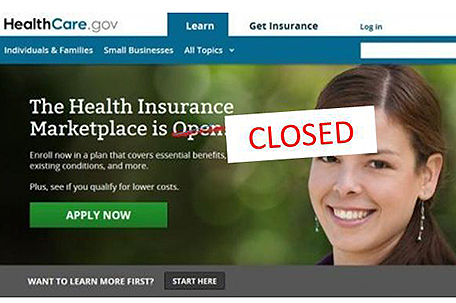 The GOP-controlled House Ways and Means is the first of the three GOP congressional committees “investigating” Obamacare to try and pulverize it — again. GOP committee members pounded hard on the stock GOP hit points; it’s a mess because of a lousy computer system, thousands have gotten sticker shock after getting cancellation notices, there’s big sneaky insurance price hikes on the way, there are the subsidies that don’t subsidize, and the demand to oust HHS Secretary Kathleen Sebelius. The capper is that President Obama supposedly blatantly lied when he promised no one would lose their current health insurance plan due to Obamacare.

The GOP hit points are based on the usual mix of lies, half-truths, and wild distortions. The computer glitch is a fact. But its importance in the overall initial implementation of Obamacare has been wildly overblown. Thousands have in fact searched and signed up for various health plans both online and through the state exchanges. Millions more will sign up online when the glitches are corrected, and they will be. The overwhelming majority of policy holders have either workplace plans and grandfathered polices that were purchased before March 2010. They are not forced at Obamcare gunpoint to switch to costly coverage plans. The penalties for not having insurance that were supposed to be financial killers amount to a $95 fine or 1 percent of an individual’s income whichever is greater.

The subsidies to help pay for coverage are bankrolled to the tune of more than a half trillion dollars. This will slash the actual costs of the various plans offered on the exchanges by more than half for a family of four. Most of those who fall below the poverty line won’t be affected by any of this since they’ll be covered through a radically ramped up Medicaid coverage in most states that’s paid for by the federal government. Despite she bluster from some GOP governors about rejecting the Medicaid funding increases, the almost certain rise in health care costs will force states to pay even more for medical coverage to low income persons. The pressure will be great for the hardball GOP governors to rethink their opposition to taking the beefed up Medicaid bailout.

Then there are the supposed big price hikes that Obamacare supposedly will trigger. Insurance premium costs will likely jump no matter whether Obamacare exists or not. That’s due to inflated medical treatment costs, the impotence of most state regulatory agencies to halt rapacious insurer rate hikes, and the hard reality that programs that emphasize prevention which have proven far more effective in reining in medical costs are still poor step children to the pricey and vastly more profitable drug and surgical treatments that remain the bread and butter staple of the medical establishment.

Even if in an absolute best case scenario for the GOP every one of its hit points proved true, Obamacare would still go forth for the very reasons that it became law, and has survived every court test, up to and including the Supreme Court in the first place. It provides tens of millions of Americans with access to a health plan, there will be subsidies for low-income persons to offset the costs, a half million children will be covered under their parent’s plans, millions of dollars will be allocated for research and testing, the establishment of more than 1000 new health care facilities in many rural and urban communities, the National Health Service Corps workforce will be tripled and millions of elderly and disabled Americans covered under Medicare will have no cost access to health care preventive services.

Most important is that the millions of chronically uninsured and underinsured Americans for the first time will have full access to health care. The Congressional Budget Office estimates that the number of uninsured Americans will fall from 55 million to 31 million between the present and 2023. The proportion of the population with coverage will rise from 82 percent to 92 percent.

The GOP hit plan on Obamacare is and always has been much more than a battle to scrap a health care plan that is supposedly flawed, failed, and a big government intrusion into the lives of Americans. It is a crude and cynical political ploy to inflame millions of Americans and stoke hostility to Obama and the Democrats. The GOP banks that its steady attack will give it the political edge it desperately needs to hold the House in the 2014 midterm elections and make a big run at gaining majority control in the Senate.

But polls consistently show that while many Americans have deep concerns and even legitimate fears about the short-term effect of Obamacare, they do not want it scrapped. The GOP’s drumbeat hit campaign on Obamacare can’t erase this fact. That’s why Obamacare will ultimately triumph.