What Becomes A Feminist Most? Part one 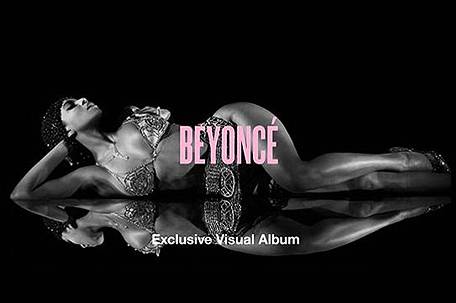 Thanks to the woman in the picture to my right,  Beyonce’, I found myself involved in a discussion of feminism, feminists of color, and who gets to identify themselves as such….

Or at least that’s how the discussion, much of which was held on Facebook, started.  Everyone I interact with wanted to have a talk about Beyonce’s new album, what it represents, and whether or not it constituted a so-called “feminist manifesto”.

But by the end of the day, a news story I read changed the discussion, at least for me. It made me want to tell everyone who was on the previous discussion to shut the heck up, …especially if they had bought a copy of R. Kelly’s new album Black Panties. If you call yourself a champion of the rights of women and girls and yet own any music from this guy, I’m gonna need for you to shut your hypocritical pie hole.

(I like pie hole. I think I may use it more often.)

I’ll start from the beginning.

In case you’ve been in a cave in Afghanistan or pay no attention at all to pop culture, Beyonce’ released a new album on I-Tunes on Thursday. The magnum opus is only available on I-Tunes and includes 17 videos to go with 14 songs (!), many of which are apparently autobiographical. She released it without any studio promotion and because it’s on I-Tunes, directly to her fans. You’ll be able to find it at most record stores around the country on Dec. 20.

It’s actually not a bad idea on her part. Beyonce’ has already sold one million copies worldwide and will be coming in to the Billboard 200 at Number One when it’s announced. My guess is that her promotional budget isn’t all that large on this and because she shot a lot of the videos while on tour, travel budgets weren’t that rough and tumble either.

Editor’s note: I have not heard this album in its entirety, nor have I seen any of the videos in full. You can’t buy singles or individual videos from this album until Dec. 20. Since I don’t have the cash to plunk down on an album that will basically be a review copy for me, I’m not going to discuss the album itself at all. I will, however, be looking at the wider discussion of Beyonce’ and feminism that the album has initiated. So Beyhivers, stand down. I’m not in the mood and when you read the second part of this piece next week, you’ll see why.

I was at home watching a segment of the Melissa Harris-Perry Show on MSNBC when the connection between this album and feminism came up. Harris-Perry and her panelists made the argument that Beyonce’ stands as the entertainer’s “feminist manifesto”.

Now the main tune that everyone seems to have focused on in terms of giving Beyonce’ her feminist cred is a  tune that’s been referenced here on the M(p)S before, one we will refer to as ‘The Song Formerly Known As “Bow Down”’. For the new collection (I don’t know if I should call it an LP or a CD because you can’t pick it up terrestrially yet…) it’s been mixed with a speech entitled “Why We Should All Be Feminists” that activist Chimamanda Ngozi Adichie gave as part of the TED Talks series and given a new title: “Flawless.”

So because I’m a glutton for punishment, and because Melissa Harris-Perry is someone whose opinion I respect a whole lot, I asked the question “Is Beyonce’ a feminist?” on my Facebook page during the latest East Coast Snowmaggedon Saturday night.

I think that the best initial response that I got to this question came from the lovely and talented Kellie C. Murphy, who blogs a lot about stuff like this. She said, and I quote, “Girl, just go stand outside right now with a key attached to a kite. You’ll go much quicker and easier…”

She wasn’t totally wrong about that because, let’s face it, Beyonce’ is the Third Rail of Black Entertainment. If you touch her, you will be electrocuted…

The answers I got were interesting…and also depended on your definition of feminism.

For the people who were in the “Beyonce’ is a feminist” camp, her new music is a feminist manifesto because it shows a woman who is using her ability to make her own choices to be a performer, a wife, a mother, and in the case of the song “Partition”, a woman who is willing to ruin a nice evening gown by letting her man get it a little messy in the back of the limousine. Anyone who doesn’t realize this is taking things a bit too seriously…or maybe academically…

(Maybe it’s a bias I picked up from spending so much time listening to the music of The Children Of The Corn, but I had a hard time getting past the Meek Mill section of this critique to get to the rest of it. When you shout out one of the Patron Saints of Rap Music Sexism, you kind of make it a slog…)

On the other hand, some feminists of color (and most traditional, read: “white” feminists) felt that calling Beyonce’ a feminist makes as much sense as calling me an astrophysicist. In their eyes, Beyonce’s brand of feminism is a corporate friendly one that advocates for her freedoms…and no one else’s.

Probably the most provocative essay I read on this came from the blog Real Colored Girls and it caught my attention because any essay that uses Pimp Theory as part of a critique on feminism is going to get the attention of a wise acre like me. The argument that the post “The Problem With BeyHive Bottom Bitch Feminism” makes is that…Well, let’s let them say it…

“As womanists and black feminists, we have a responsibility to bring it with our cultural work which we will infuse, at all times, with an ethic of care and responsibility. The coontocracy of assimilationist corporate negroes is in full effect, riding for patriarchal capitalist agendas and having us believe that somehow Bey’s success is a step toward some dystopic vision of progress for Black women. There may be empowerment for some folks but by and large it is a false hope steeped in capitalism and individualism, supporting the escapist desires of rampant pornographic consumerism.”

(Can I tell you that “coontocracy” is one of my new favorite words now?)

As I said toward the beginning of this piece, I can’t really talk about the good or bad of ‘Beyonce’’ because I haven’t heard all of it.

But I’ve been a feminist of color for a minute…and I’m a little concerned about the group of newly minted Feminist Beyhivers this album has spawned.

My question is, what happens when their new icon is no longer interested in female empowerment? What happens when Beyonce’, Blue Ivy, and Jay Z finally retreat to that private island that some of us wish they’d go to right now?

What I want my young sisters who are finally starting to embrace what women like Shirley Chisholm, Rosa Parks (didn’t know she was a feminist, did you?) and others have been fighting to get them to understand for years is that feminism is not a pair of Christian Louboutin pumps. It isn’t rolling around in the sand with your baby and your man. It isn’t selling a million records. It’s a movement. It has been for a minute. It’s a fight to get poor women equal pay and the contraception they need to be able to choose when they want to have children. It’s making sure that they’re not scapegoated when they ask for help because some in society see their circumstances as problematic. It’s about making sure that they’re protected when they’re being abused and that their abuse is taken seriously.

In other words, It’s a marathon. Not a sprint. And it requires that you fight, really fight, for the sanctity of women and girls.

[Part two of this commentary in next week’s SUN.]

What Becomes A Feminist Most? Part two