We need political courage on homelessness and recidivism 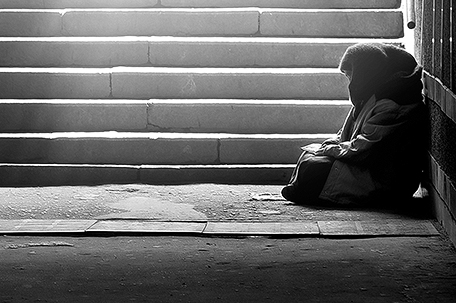 With the Democratic primary kicking into gear and the general election right around the corner, the stage is set for an impassioned battle of ideas and policy initiatives that could shape our country for the next decade.

Fortunately, sitting lawmakers and candidates from both sides of the aisle have shown a willingness to take on some of the greatest challenges of our time – from health care and the economy to education and foreign policy.

But too often missing from this menu of priorities have been the issues at the margins that make for uncomfortable conversations, such as rising rates of adult and youth homelessness and the persistent obstacles faced by individuals transitioning back into society after periods of incarceration. It goes without saying that these problems intersect with those that receive the most attention, but a failure to address them head on is a deficit of courage that we can ill afford.

Now, more than ever, we need our political leaders to be unafraid in naming these challenges, bold in forging solutions, and committed to making lasting progress. And every one of us has a moral responsibility to do our part.

As the CEO of CORE Services, a nonprofit human services and community development organization operating programs in New York and Washington DC, I know firsthand that extending unconditional compassion and providing support for those who need it can transform lives.

Every day, at emergency housing shelters we operate in both cities, people with nowhere else to turn show up at our doors: it’s the single mother who has fled an abusive situation with her young daughter; the young man struggling with the onset of a disorienting and destabilizing mental health condition; the LGBTQ teenager who was tormented with relentless bullying and threats of violence.

These are some of the most courageous and resilient people you’ll ever meet. And when they are given the gift of a safe and stable support system – a hand to help them get back on their feet – they can become thriving members of the local workforce and community. The financial investment in helping someone find the right path, compared to the costs of other public-private programs, is minimal: with the support of government agencies, we provide these individuals a comfortable bed to sleep in, nutritional meals to eat, access to health services, and a pathway to employment. The benefits are enormous.

Both New York City and Washington DC have taken significant steps to curb rates of homelessness. Other cities should follow suit.

Another key initiative at CORE is providing reentry services for individuals returning home from being incarcerated, disproportionately Black and Hispanic men. It’s hard enough that these men – our sons, brothers, and fathers – have had to spend long periods of time away from their families and communities. But  making matters worse is the fact that these individuals are too often forced to make the transition back into society without any support at all. Too often that approach leads to isolation and failure.

At our reentry centers, former inmates have access to skills training, job-placement services, and transportation, among other critical resources. We put together workshops on everything from résumé writing and interviewing to how to knot a tie and use the Internet. Our work amounts to a rejection of the insidious belief that a person can be a lost cause. We believe in a bold model of human services founded on compassion and honesty.

These are some of the challenges that we don’t hear about enough on the debate stage or on the campaign trail. And they are the challenges that too often get short shrift by Congress and state lawmakers, because they don’t lend themselves to easy solutions. They require difficult conversations, showing up, and staying the course.

At the dawn of this decade, we need lawmakers to devote more attention to solving problems like rising rates of homelessness and persistently high rates of recidivism. At CORE, we are committed to playing our part. We need more courageous partners in government.

Homelessness is a national crisis, research finds – HUD claims affordable housing is not the answer

SELF, INC. – Redefining the needs of homelessness in the 21st century