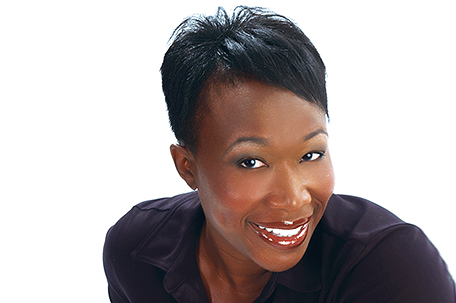 In light of rumors about Jessica Williams taking Jon Stewart’s place on “The Daily Show” and MSNBC’s cancellation of “The Reid Report”, there’s a rising need to address the vacancy of Black woman voices in political commentary.

It’s an aspect of media in which lack of diversity often goes unnoticed, but if you consider the number of Black women you’ve ever seen featured on CNN or any major news network, the scarcity is obvious. The fight to have Black women in positions of political commentary is not just an issue of racial fairness; our perpetual absence in the nation’s political narrative has heavy consequences.

Fox viewers can expect Dash’s commentary to always strike a nerve. Her opinions are often outlandish and borderline unethical. She has been criticized for statements reinforcing victim blaming in rape cases and downplaying Paula Deen’s use of the N-word. Just days ago, news sources cite that Dash was “appalled” that feminism was discussed at the Oscars as a result of Patricia Arquette’s acceptance speech for best supporting actress.

Due to her over-the-top opinions, some believe that Fox uses Dash, not for valid commentary, but as a humorous caricature of Black woman ignorance.

Critics of Fox say we need to rid political commentary of problematic women like Dash. But if Dash’s commentary is truly reflective of her political beliefs, I think her presence in the political media space is necessary. Though many of us see her ideas as uninformed, she represents a political ideology that exists for certain people.

When we aim to diversify political commentary, that diversity must include Black women who assign themselves with conservatism, liberalism, and every ideology in between. It’s just as harmful to project the stereotype that Black people are politically one-dimensional, that we only identify as Democrats, or that we take the same position on every political issue.

As is the case with any media representation, once we see more faces like ours on TV, we’re more likely to feel uplifted. With a wide variety of Black women political commentators on the scene, Black women of all political identities can feel an attachment to the nation’s political discourse.

Visibility of Black women in political commentary can also inspire Black communities’ political involvement. Statistically, whites outnumber Black voters at the polls, a statistic that is backed by an illogical stereotype that Blacks just don’t understand or appreciate the importance of American politics.

For many of us the true issue underlying our absence at polls lies in a belief that our votes will never change the political makeup of America, a country supported by the same hurtful bigotry and systematic racism that’s ensued for centuries.

That outlook is rooted in realism and a keen understanding of this nation’s bad rap, but it’s crucial that we muster enough hope for our country to become active in the political process. That’s why Black women’s voices prove so powerful in politics. Seeing Black women on news channels can help Black communities trust politics and commit to inspiring political change.

Ultimately, political commentary isn’t just another source of media entertainment. Issues raised by commentators serve to influence not only the views of citizens but also those of politicians whose decisions have longstanding effects on this nation.

If we gain greater access to political commentary, we have the ability to press agendas that serve the betterment of Black women. Though women as a whole are victim to similar oppressions, the way in which certain issues like reproductive rights and workers rights affect black women are especially unique. With both an increase in Black women commentators highlighting our struggles and a surge of devoted political action from Black women voters, political change will no longer be a pipe dream.

Maybe we won’t see Jessica Williams take over or witness a comeback from Joy Ann Reid anytime soon, but we must continuously fight for spaces in political commentary to be occupied by Black women. Our political future depends on it.

Courtney Taylor is a senior English-Creative Writing major at Agnes Scott College in Atlanta, Georgia. She is an editorial intern at For Harriet. Follow her on Twitter @thecourtcase or reach her by email: [email protected]