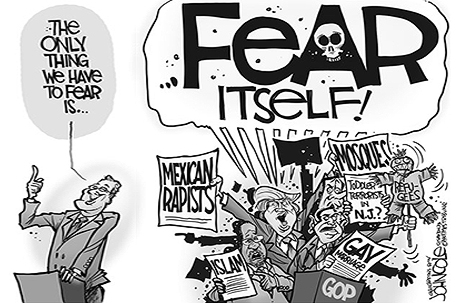 By any measurement you can use, Paris has had a tough year.

From the murders at the offices of French magazine Charlie Hebdo by Muslim extremists tired of the magazine drawing pictures of the prophet Muhammad in sexualized positions to ISIS’s attacks on Parisians and tourists trying to have a fun night out last Friday, the “lights” of the “City of Lights” have been attached to police cars more often than not of late.

One-hundred and twenty-nine people were killed by a combination of suicide bombers, grenades and gunfire. The attacks were organized in such a way that guaranteed maximum carnage, which I guess was the whole idea.

With the help of the United States, because, well, that’s what we do, French President Francois Hollande bombed two ISIS strongholds in Raqqa, Syria once the group took responsibility.

(Granted, the only people who would like to see ISIS gone more than the folks in France and the United States are the folks in Raqqa, folks who have been trying to get them out of their town on their own for a while now, but hey…)

Now since the attacks last Friday, the responses to them on the part of more than a few folks have told me a few things:

I say all this because although the attacks happened in Paris, the way that folks in the United States is kind of reminding me of how folks acted when America was attacked on Sept. 11. 2001.

And in case you’re wondering, I don’t mean that as a compliment.

In case you’re like me and treating the 2016 Presidential race the same way that I treat the Christmas shopping season, meaning that I don’t even acknowledge it before Black Friday, the race to follow President Barack Obama has for all intents and purposes begun.

Because of this, a lot of people who don’t understand that all microphones are live are being asked what should be done with ISIS in response to what happened in Paris.

Republican Presidential Candidate Jeb Bush, otherwise known as the brother of the guy whose War in Iraq created ISIS in the first place, wants us to go to war, proving that genetics are real. His fellow combatant Donald Trump, because he’s Donald Trump and you can take that any way you want to, wants to see us “Bomb the s*%t out of them!” Democratic contenders Hillary Clinton, Bernie Sanders and Martin O’Malley want to see the United States help more of the Syrian refugees, while Ben Carson thinks allowing the refugees we basically helped to create due to our fun and games in the Middle East, “is a suspension of intellect.”

Meanwhile, you have governors like New Jersey’s Chris Christie who have decided that the Constitution’s Supremacy Clause, the clause that allows the State Department through the President to determine who can live here and who can’t, doesn’t apply to them. That many of these governors are from places where no self -respecting Syrian would want to settle in anyway is incidental.

To be honest, there aren’t any easy answers. There are lots of bad ones, but no easy ones.

For example, America’s Hawks seem to keep forgetting that when it comes to extremists is that they, unlike most of us, aren’t afraid to die. In fact, the prospect of dying in battle only makes them stronger. From the White supremacist groups I used to cover when I worked in Reading, Pennsylvania to ISIS, you’re dealing with people who will gladly take themselves out if it means taking you out too.

Besides, we’re still paying for the last time we ignored this reality. The costs of the War In Iraq, which actually should have just been a War In Afghanistan because they’re the ones that actually attacked us on Sept. 11, are walking around among us in the form of veterans battling things like Post Traumatic Stress Disorder, disability and homelessness. It’s really easy to call for “boots on the ground” when you’re a rich guy, like, say, Donald Trump, and know you won’t have to actually fight.

One of the phrases that have been running around in my head since the attacks in Paris happened is the phrase “say it with your chest”. According to the Urban Dictionary, this is defined as poking your chest out when talking smack to someone you have no chance of taking down.

It might be a good idea for America to resist the temptation to do that here.

Trumping the Donald on Immigration