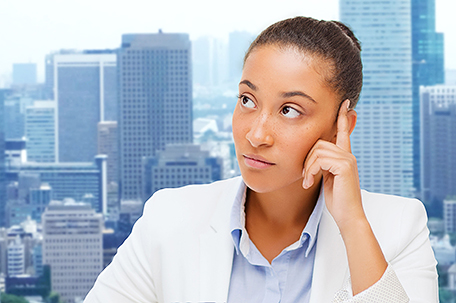 The common denominator for all of these cities is that they are made up of large mostly Black populations. Cities like Chicago and Philadelphia are common in almost every state and some states may have two.

Because of economic disparities, there are clear differences between how the rich and poor live in this group of cities. I kind of view it as Charles Dickens did when he wrote his book “A Tale Of Two Cities.”

Take a look at cities like Atlanta, Philadelphia, Baltimore, St. Louis, and Los Angeles. All of these cities suffer from some of the same conditions, and despite them being majority Black, especially at the voting book, Blacks haven’t been able to use their political advantage to exercise self-determination. In many cases, these cities have become economic drains on not only the region, but also the state.

Many of the states that these cities are located in have been able to neutralize their political strength and have in many cases restricted and/or limited their autonomy. Many of these cities in conservative states and often clash with these cities. For example, in Pennsylvania, the joke is that the state is Philadelphia and Pittsburgh with Alabama in between. These people have never had any empathy for the plight of Black people in America and because of their massive ignorance and racist views, they’ve always viewed these cities as “us” against “them.”

There has always been a natural tension between cities and states and states and the federal government when it comes to autonomy. Maybe I’m just paranoid, but it appears that this phenomenon is exaggerated when you have cities that have majority-minority populations, especially when they’ve managed to assert themselves politically. It reminds me of immediately after the emancipation when Blacks were free to participate in Southern politics. Within a relatively short period of time, Blacks were elected to the United States Congress, winning seats in the House of Representatives and the Senate. The response by conservative whites was harsh, and included he emergence of the Ku Klux Klan (KKK) and the enactment of Jim Crow laws.

Wherever you see large numbers of Black people in any one area, you will find a large population of people living at or near poverty. Capitalism is an economic race that is won when you’ve amassed capital. The more capital you are have access to, the more power you can achieve and the closer you are to self-determination. With nearly 90 percent of all wealth (approximately $100 trillion) inherited and passed down, it’s absolutely foolish to think that Black people could compete against whites.  It’s like a 100 meter race where one runner was given a 99.9 meter head start.

Many Blacks came to these cities because they needed work and the cities needed workers. In the Midwest there was a large manufacturing economy; in the northeast, it was textiles and steel. During this massive relocation of Black people, there was also a buildup of America’s military machine, which contributed to the growth of many of these industries.  In addition to several wars waged in South America, the Caribbean, and Korea, America was a key player in two World Wars. America was near full employment and many Blacks moved into America’s middle class.

Within these urban centers, many of the neighborhoods where Black people lived were considered ghettos.  It’s important to note that Blacks weren’t the only ones living in ghettos – Irish, Italian, Polish, and Jewish also had their own sections. Traditionally, a ghetto is a part of a city in which members of a minority group live due to social, legal, or economic pressures. While it was originally used in Venice to describe the part of the city to which Jews were restricted and segregated, it is now used almost exclusively to describe Black neighborhoods.  How did the Jews, Irish, and the Italians, after a few generations manage to escape the ghettos and find a solid position in the middle to upper income class, while the bulk of African Americans still remained at the bottom rung of the economic ladder?

Over the past 30 years, many of these cities faced the mass exodus of rich and middle income families.  While the overwhelming majority of this exodus was due to white flight, a considerable number of economically mobile Black families followed whites into the suburbs, leaving these cities disproportionately poor and struggling with the following:

• Shrinking Tax Base – When high income families move out, cities lose revenues (i.e. income tax, sales tax, property tax, business tax, etc.).  To compensate for the loss in revenues and to maintain a certain level of amenities, these cities have to continue to raise taxes.

• General Decline in City Services – As a result of increased cost and legacy union contracts, neighborhoods cost more to maintain than the economic benefit derived. Eventually city services decline and those neighborhoods that produce the higher tax base get more services than those that don’t.  This results in a general decline in the quality of life (i.e. recreation, streets, lights, graffiti removal, trash pickup, policing and the criminal justice system, tree trimming, etc.).

• Very Poor School Systems – When high income families move out of the city, it significantly impacts real estate values, which is a funding source for school districts.  Real estate values decline because the housing stock starts to deteriorate along with the growth of blight (i.e. houses become vacant and there is no immediate correction). When home ownership starts to decline, neighborhood instability starts to rise. Many of these city school districts are faced with shrinking revenues while their costs are increasing. Their costs increase because the children they now serve are more in need than the previous student body. (i.e. health, food service, transportation, mental health, special education, etc.).

• Significant Economic Disinvestments – As more families with disposable incomes leave, ultimately retailers will follow suit.  Coupled with the a general decline in services; decline in real estate values; higher taxes; poorer workforce, over the long run, businesses are hard-pressed to see new business and will seek to relocate because doing business in these cities compared to other areas is cost prohibitive. Some cities have lost tens of thousands of jobs which creates a strong criminal “underground economy” and spurs violence and a ballooning prison population.

• Poverty – For many of these cities, poverty is the number one issue. The result of all of the above has created a vicious cycle that cities have been unable to address.

This tale of two cities is an interesting phenomenon that is growing because of the massive disparities that exist between the residents of both groups.  While it’s the best of times for some, it’s the worst of times for many others and the economic disparity is not a gap, but a canyon.  Due to a number of factors, not the least of them being: empty nesters moving from the suburbs into urban centers; very low interest rates; tax incentives for development; the extreme profit margins on land that had become significantly devalued (blighted) in these cities and many of the neighborhoods; the return of investment capital back into real estate after the 2008 recession; significant political access, what we see taking place in these cities is an economic boom primarily for wealthy white people restoring traditionally Black neighborhoods (gentrification).

All of these factors and more, including gentrification, contribute to this tale of two cities on which I will elaborate more on in my next article.