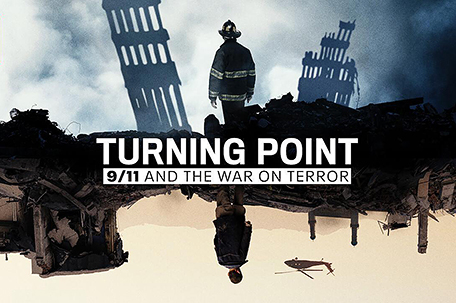 Almost from the moment they happened, the September 11 terrorist attacks served as a muse — both good and bad — for artists looking for a way to express their sadness, anger and fear over what happened.

Two new multi-part documentaries — one on Netflix, the other on HBO — take a look at Sept. 11 from two entirely different angles. In fact, the angles are so different that one of them is sometimes hard to follow.

The five-part Netflix documentary, “Turning Point: 9/11 and the War on Terror,” looks at the attacks in the way you would expect. Director Brian Knappenberger begins with the creation of Al Qaeda following the Soviet invasion in 1979 and looks at the events leading up to the attacks on New York’s World Trade Center, the attack itself, what happened when the United States diverted its attention from Afghanistan after taking out the Taliban the first time, and the end of America’s longest war.

But in Spike Lee’s four-part documentary, “NYC Epicenters: 9/11-2021½,” the filmmaker makes the argument that the reason that New York was attacked is because of what it symbolizes about America to the rest of the world, and also to America itself. To make this argument, Lee takes a scenic route that includes how New York was hit by the coronavirus pandemic, the movement protesting police brutality, and the 2020 Presidential election — which included New Yorker Donald Trump — and the Jan. 6 assault on the United States Capital before landing at 9/11.

There’s a lot that you learn from both documentaries. For example, in “NYC Epicenters”, you learn, that in addition to people walking across New York City’s bridges to get off of Manhattan Island on Sept. 11, you learned that a flotilla of boats also got residents off the island. The way that Lee also uses the voices of people involved in all of the subjects he tries to tackle — including Philadelphia’s own Dr. Ala Stanford — moves things along quickly.

But the stuff that was most concerning to me, came from watching “Turning Point”. While many of us kind of had an idea that Afghanistan was going to be tough for an America not interested in nation building to get to bend to its democratic will, the fact that no one appeared to have an exit plan until Trump decided to give the store to the Taliban showed a lack of concern for the soldiers being sent there. Hearing former White House Chief of Staff Andrew Card and former Attorney General Alberto Gonzalez justify the abuses of the USA Patriot Act and the use of “enhanced interrogation” also gave me pause.

While both documentaries were good at telling their stories, I have to give the edge here to “Turning Point” because, well, it stuck to the subject. While “Turning Point” was expansive in telling the story of what led to 9/11, that was the only story it was trying to tell. “NYC Epicenters” became tough to follow because it tried to tell too many stories at once. I got what Lee was talking about after a second viewing, but it shouldn’t have required that.

In any case, both documentaries are worth your time, and you should check them out.

Twenty Years After The Flames: Vigilance is still the watchword with the LAPD – Part 2