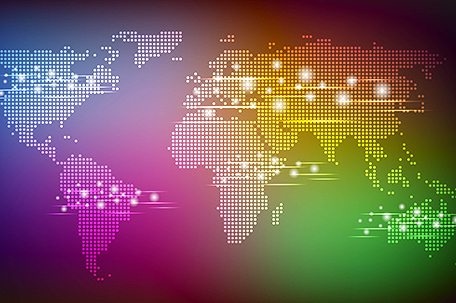 Last week, a strange announcement came from the Trump administration. A global campaign, to be led by out U.S. Ambassador to Germany Richard Grenell, was about to begin, and would take on countries that criminalize homosexuality.

In the first media accounts (NBC News broke the story), it was reported that the campaign was instituted primarily to address the killing last year in Iran of a man who was hanged for being gay.

Immediately after the announcement, members of the LGBT community expressed skepticism and many political pundits pointed out that the administration was singling out Iran, with whom it had canceled an agreement and has been at odds.

Further clouding the issue is the administration’s own policies toward the LGBT community. These are policies that have rolled back the limited rights we had gained since 1969, when this community became proactive and Gay Liberation fronts were born from the ashes of Stonewall.

So let’s take just this single issue and take a deeper dive.

First, our community, as well as the general public, should understand the dire situation that exists in many parts of the world for LGBT people. It’s not just Iran. It’s also many of our allies in that part of the world including Saudi Arabia and the other Gulf states, where it’s illegal to be gay. The same holds true for many countries in Africa.

The administration made clear that it was only dealing with the decriminalization of “homosexuality,” not any LGBT-rights issues.

OK. Considering how bleak it is for LGBT people in some countries, that would be a good first step. So let’s lay down some basic guidelines. It must be a policy that equally treats all countries where LGBT people experience violence against them or are put to death. Not just Iran. Let countries that kill, imprison or flog LGBT people — simply for who they are — lose U.S. financial aid and military equipment. By the way, flogging is a favorite for the Saudis.

And, most importantly, bring in LGBT people from the region who have escaped this oppression to give first-hand direction. You might be surprised at the number of people who have escaped death, including the son of the leader of Hamas.

For many in the LGBT community, there is skepticism. Ending this horrific scourge would be noble. But, if this is a genuine effort, it must not be seen as a political chess move.

Mark Segal  is the nation’s most-award-winning commentator in LGBT media. His best selling memoir, “And Then I Danced, Traveling The Road To LGBT Equality,” was named the NLGJA: The Association of LGBTQ Journalists’  Book of the Year.”