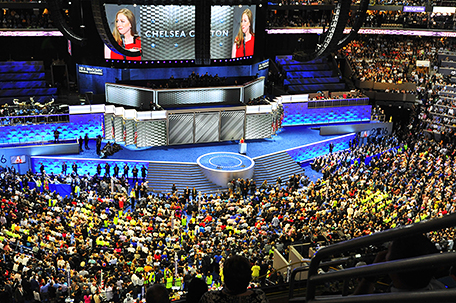 “Now hear this, o foolish and senseless people, who have eyes, but do not see; Who have ears, but do not hear.” – Jeremiah 5:21

After assessing the Republican National Convention last week, this week my intention was to comment on my assessment of the Democratic National Convention. I was there and surely there was enough going on among the Democrats for that. As this new standard of campaigning has demonstrated, the Republican candidate strives to dominate every news cycle—no matter how offensive his offerings may be. He injects himself into the mix whenever and however it suits him. Seemingly, it suits him on a non-stop basis! I request forgiveness for having to include him in my commentary.

To begin, I believe a person’s political alignment is predicated in commonality of values.  It’s abnormal to vote against one’s own self-interests or of those similarly situated. Looking at both major party candidates, I see no self-interest in support for Donald Trump or other Republicans whose motives remain questionable at best.

As a “political junkie” most of my life, and once was a candidate for federal office. I’m not naive about the behind-the-scenes machinations that influence or control party politics. I was disappointed, but not surprised, when leaked DNC intra-party emails disclosed that some DNC staff had engaged in practices that disfavored Vermont Sen. Bernie Sanders. Left to its own devices, this story had the potential to negate any positive outcomes from the Democratic Convention.

Fortunately, salvation came to the convention in the form of  First Lady Michelle Obama. She made the first, and most memorable, appeal to delegates to look at the ‘big picture’ of the ‘why’  of their gathering. Although, some DNC practices disfavored Sanders and dissembled desired reforms to the nominating process, remedy was attempted with the removal of DNC Chair Debbie Wasserman Schultz  from her participation in officiating the convention. 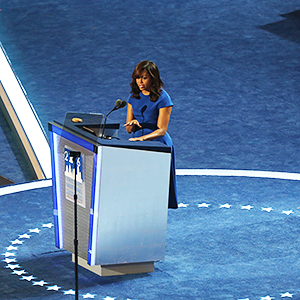 Mrs. Obama, and speakers following her, drew stark contrast between expectations of Hillary Clinton’s  vs. Donald Trump’s potential administrations. Clearly, Republicans assume a starting position of “doom-and-gloom.” They embrace a foundation of racial, ethnic and religious exclusion. In contrast, Democrats articulate the need for progressive policies that support diversity, tolerance and opportunity for all of us.

Experience and pragmatism have shown there’s no perfect candidate with whom I can find 100 percent agreement. Most have flaws that offend some portion of the electorate. I believe DNC delegates left Philadelphia with the understanding that conflicts which separate Democrats are insignificant compared with those separating Democrats from Republicans. Surely they left with the understanding that The Republic cannot afford to entertain, sustain or survive four years of politics under the leadership of Donald Trump.

The case against Trump for being intemperate and unfit for the office of President has been authenticated in the past few days by Trump himself.  Regrettably, I must point out  his latest two horrifying utterances.

Showing an absolute ignorance of the conduct of foreign policy, Trump has articulated a policy position that American compliance with established treaties (i.e. NATO) is conditioned upon up-to-date payments made by treaty co-signers.  Effectively, our allies cannot depend upon the United States to live up to mutual defense agreements unless they are current with treaty payments.

Once it was determined that the source of the DNC email leaks was Russian hackers, Trump invited them to hack the e-files of Hillary Clinton for political purposes. This invitation to a foreign power to directly interfere in a American presidential election was a first in American history.  It was roundly condemned by Democrats and by the few Republicans who had images to maintain.

Trump’s impudent behavior causes me to ask, “Where is the outrage?”  Has Republican partisanship become more important than national interests?  Are those who govern their party really too blind to see?