To Be Young, Gifted, and Dead 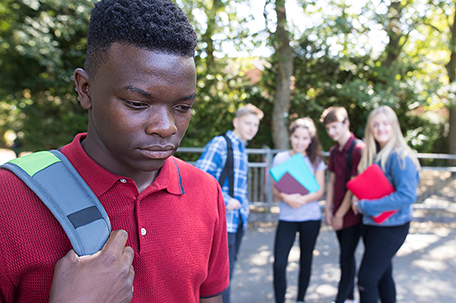 McKenzie Adams wanted to be a scientist. The gregarious 9-year-old Alabama girl was just that, a girl, a little girl, a brown-skinned baby girl with braids or, in one picture, just a side ponytail. She wanted to be a scientist, and her family described her as “bubbly” but bubbles burst, sometimes in the worst way. McKenzie hung herself in her grandmother’s home in the face of racist bullying and taunting, which included the vile directive to kill herself. Her fellow students didn’t like the fact that she was friends with a White boy, and we don’t know enough to know whether the deathly hazing came from Black or White students. All we know is that a child is dead. A Black baby girl is dead. Her suicide has shaken me to my very soul.

Cleo Manago and I talked about this on December 12 on Roland Martin’s Unfiltered program. What I observed are the many ways that African-American women are the targets of racist hatred. The man who occupies the People’s House on 1600 Pennsylvania Avenue feels free to diminish and demean Black women, and his vendetta against American Urban Radio journalist April Ryan is obscene. But he is not the only one. Our culture rejects Black women, rarely affirming our womanhood and attractiveness unless it is in a way that glorifies our bodies, not our person. Why is this important? Because beauty is currency in our capitalist society, and a woman without currency is at the bottom of the societal totem pole. What, you might ask, does that have to do with public policy? The demonization and denigration of Black women seep into the ways we are dealt with in the public space, and even in the workplace.

Little McKenzie could not take being called ugly, Black, and more. She was not immunized from the ways we live in a racially hostile space. She could have been a scientist. Instead, she is dead. She is not the only young Black child who has died by her own hand. Earlier this year, US News and World Report writer Joseph P. Williams reported that suicide rates among Black children were rising. He highlighted children, both male and female, promising young people who ended their own lives. According to Williams, “More elementary aged African- American children have been taking their own lives, and Black boys and girls between the ages of 5 and 12 are doing so at roughly twice the rate of White kids the same age.”

Researchers say they don’t know why young Black children are killing themselves, but if we speculate, we can factor in mental illness, family dysfunction, unstable socioeconomic conditions and, in my opinion, hostility to African-American people that many Black children cannot help but internalize. How might young Black people process the killing of Tamir Rice? The murder of Sandra Bland? In Baltimore, the vicious killing of Freddy Gray? Some young people might look at these incidents, and the barrage of episodes directed at Black people, and wonder if there is a safe space for them.

Part of the challenge with Black children and suicide is that Black people are not accustomed to sharing their feelings. Indeed, mental health issues are often dismissed among African Americans. Folk are told to “pray” about depressed feelings, forgetting that prayer without works is dead. Adults and children are advised to shrug it off when there is no shrugging to do. The feelings of dystopia, nihilism, and depression that many African-Americans experience because of the hostility they experience by merely living in their skin shows up in suicides, but also in homicides and in other acting out. And while young Black men may indulge in senseless violence, young Black women too often turn their pain inward not outward.

Suicide is currently a national phenomenon, one of the top ten causes of death in the United States. There are 123 suicides per day in this country, with 70 percent of suicides being White men. African-Americans are far less likely suicides than Whites are, but the numbers among African Americans are growing, and the numbers among African-American children are growing alarmingly. While I am riveted by the suicide of McKenzie Adams and outraged about the societal treatment of Black women and girls, data suggest that Black boys are more likely to experience suicide than Black girls are. We are letting Black children down, abandoning them to bullies and brazen racism. Why?

Black children are experiencing the same stresses that Black adults are. But they are children, and they should be protected. So many of us say that we celebrate our children, their amazing resilience, their artistry, their music, and their song. We must protect them as well as celebrate them. The alarming rise in young Black suicides suggests that too many will be young, gifted and dead.

Julianne Malveaux is an author and economist. Her latest book “Are We Better Off? Race, Obama and Public Policy” is available via www.amazon.com. For booking, wholesale inquiries, or for more info, visit www.juliannemalveaux.com