A Millennial Voice: To be or not to be – Seven pieces of advice for anyone who wants a modeling career 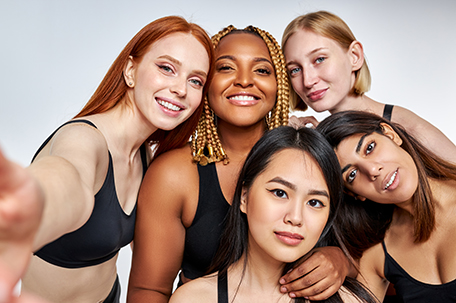 The modeling world has expanded and thrived in notable ways over the past five years. Thankfully, I have been blessed, and have chosen to take advantage of this development.. Before 2017, I never imagined that I would be a part of such a movement, nor did I think I’d have the ability to carve out a space of my own in it. But as I sit here at my desk and bask in the success that is my career, I am humbled, to say the least.

My modeling journey is unique in the sense that it rarely happens for anyone the way that it did for me. I always thought the idea was cool, but I didn’t grow up wanting to model, nor did I think it was even possible. I’m not like most of the other models I meet who’ve been doing this their entire lives or did pageants growing up, etc. No — I just woke up one day and decided to give it a whack. Now it is the center of my life and I couldn’t be happier.

I could very well turn this piece into one of favor, divinity, the importance of being kind and networking, or use this space to give a nod to God’s plan being greater than my own, but because I essentially created my career from the ground up, I will instead use this article to share seven pieces of advice I have for anyone who wants to model.

1. Ask yourself why you want to model. When people see someone with a career in this industry, they rarely look beyond the surface. Modeling is not always amazing, and the glitz and glamour come at a cost. What’s going to keep you committed even though you’ve received an astronomical amount of “no’s”? What is going to keep your dedication going when you get a call time of 6:30 a.m. and the shoot location is far from where you live? These are just two things to consider prior to deciding you want to be a model, because the work isn’t always fun and the days can be extremely long, among other things. I’ve found that my source of inspiration and why I’ve stuck with modeling in the first place puts those hard or rough moments in perspective.

2. Be careful about the type of work you put out. One of the first things you’re going to want to do is build up a portfolio and work with photographers who are talented and have great work to show for it. Half the battle is having good imagery, especially nowadays when people are constantly casting based off of Instagram content and how good your pictures are. If interested in pursuing modeling as a career, a useful thing for you to do is take a look at pages that you like and that have great images, then either work with the photographers that they’ve worked with or have the same caliber of work.

3. Networking. Networking is important in any industry, but networking in the modeling world can make your career fruitful. Moving to New York and tackling the modeling world head on with few to no connections was extremely risky, but I’ve made do almost seamlessly because of my love of networking. Regardless of where you are, you never know who you’ll meet, so always make it a point to humbly share what you do with those you meet. I’ve booked small jobs that have led to bigger jobs simply because of my networking skills. Every time I’m on set, I make it a point to talk to everyone involved because I’m genuinely interested in knowing them, and 99% of the time, not only do I leave with a connection, I also leave with a new friend.

4. Be multifaceted. These days, the industry is looking for people who have multiple outlets and hobbies aside from modeling. In fact, it’s one of the questions I get asked the most as far as casting submissions go, questions like “What do you do?” and “Who are you?” The playmakers are looking for people with a lot of energy and cool, unique ventures outside of the modeling industry — skills like crocheting, writing, playing musical instruments, skateboarding, rock climbing etc., go a long way when it comes to impressing them.

5.  Understanding time commitment. Modeling has a crazy time commitment, which is something that a lot of people don’t know. I’ve gotten called in for shoots and castings at the last minute that required me to be on set or in a different location within a few hours. Also, if you’ve been requested to submit photos or  a project, they must be submitted by a pretty tight deadline. Self-tapes take a long time, as well as taking good digitals. Being on set for a shoot can take hours! It’s imperative that anyone who is seriously considering a career in modeling have a very flexible schedule where they can pick up and go whenever they need to.

6. Be confident in yourself. The amount of “no’s” you’ll get are insurmountable, so it’s imperative that you have thick skin and don’t allow the rejections to dissuade you. You have to have an understanding that the fact that someone doesn’t necessarily see you in their vision for a project you might submit for is okay, and that it has no bearing on your self-worth. Additionally, if you’re not confident in yourself and you do get booked for a job, the lack of confidence will translate on camera and will leave both you and the photographer with photos that aren’t up to par.

7. Know you have the look. This point ties directly into the confidence question.. One of the most common things I’m asked is whether or not they look like a model, which makes me sad, because — of course! The industry has expanded and is continuing to grow and accept varying skin tones, body types, genders, heights, etc. due to marketing ploys wanting to prioritize real people for real people. If you are interested in modeling, there is definitely a space for you, even if you have to carve it out on your own.

Modeling is a wonderful career to pursue, and as long as you have the time, dedication, and confidence, it can be a great opportunity for you to make money, work, gain new friendships and connections and more. I hope these seven tips have helped you on your journey — hope to see you on a set in the future!

A Millennial Voice: To move or not to move