To Be Equal: After Labor Day – Commit to raising full-time workers out of poverty 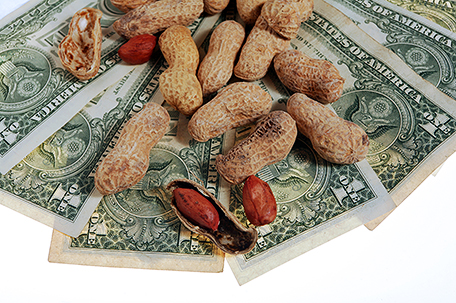 “The strongest middle class the world has ever known was not built overnight. It was achieved by men and women who believed that living up to the promise of this nation meant more than hoping for the best; it meant toiling in the day, working through the night, and proving that theirs was a future worth fighting for. On Labor Day, we celebrate the grit and resilience of America’s workers and their families, and we recommit to reaching for a world in which they are afforded the rights and opportunities they deserve.”

The origins of Labor Day in the United States are murky. Various labor leaders are credited with suggesting the celebration to the Central Labor Union. The first Labor Day parade took place in 1882 in New York. Nearly two dozen states declared Labor Day holidays between 1887 to 1894.

Undisputed is that the federal recognition of Labor Day in 1894 by President Grover Cleveland was precipitated by the bloody Pullman Strike that year which left 30 railroad workers dead.

And it is that strike — its origins, and public perception of the workers — that holds valuable lessons for the present day.

The most obvious parallel is declining wages and the rising cost of housing. In 1893, Pullman workers lived in the company town of Pullman, Illinois, and lived in company-owned housing. During a recession, the company cut the workers’ wages, but the rents and other costs of living controlled by the company remained the same.

Today, the purchasing power of the federal minimum wage has plummeted by more than 30 percent since 1968. Over the same period, adjusted for inflation, the median home value has nearly doubled and rents have skyrocketed by nearly 70%.

There is no place in America where a full-time worker making the federal minimum wage can afford even a two-bedroom apartment. A minimum-wage earner would have to work 103 hours — two thirds of a full-time schedule — to pay the rent on a one-bedroom apartment, according to the National Low Income Housing Coalition.

One in nine U.S. workers are paid wages that can leave them in poverty, even when working full time. About one in seven Black workers and one in five Latino workers were paid poverty wages in 2017, compared with about one in 12 White workers.

Meanwhile, legislation that would boost the federal minimum wage for the first time in a decade languishes in the U.S. Senate.  The Raise the Wage Act of 2019, passed by the House in July, would set the federal minimum wage at $15 by 2025. As many as 33 million Americans — nearly two-fifths of African Americans and one-third of Latinos — could see a raise, according to the Economic Policy Institute.

Adjusting the minimum wage also boosts the economy. Research shows that after even minimum wage adjustment of just $1,  spending in households with minimum wage workers increased, on average, at least $700 per quarter. In the year since San Francisco set a minimum wage of $15, the unemployment rate dropped from 2.5 percent to 1.9 percent.

This is the longest the United States has ever gone without adjusting the federal minimum wage since it first was established in 1938. In a Fireside Chat the night before signing the Fair Labor Standards Act, which established the federal minimum wage, President Franklin Roosevelt said, “Do not let any calamity-howling executive with an income of $1,000 a day, [$18,000 in today’s dollars] who has been turning his employees over to the Government relief rolls in order to preserve his company’s undistributed reserves, tell you — using his stockholders’ money to pay the postage for his personal opinions — tell you that a wage of $11.00 a week is going to have a disastrous effect on all American industry.”

Income inequality has returned to a level last seen in the days before the Great Depression. The top 1% owns about 40% of total household wealth, according to a study published earlier this year.

There is no shortage of “calamity-howling executives” opposed to adjusting the minimum wage, but their arguments ring hollow. Cities that increased their minimum wages did not experience dramatic job losses. In fact, the six cities studied by University of California, Berkeley, have stronger private sector growth than the average comparison county.

Our nation cannot endure another Gilded Age. Call your senators at (202) 224-3121 and tell them to pass the Raise the Wage Act.