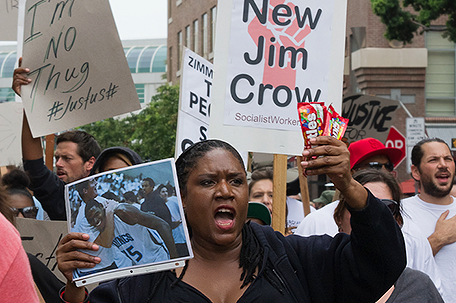 Since the election of President Barack Obama, much of what has been taken for racism in politics has been conflated with the policies of the Republican Party. From Mitt Romney’s infamous comments on the 47 percent of Americans who would unquestionably vote for the incumbent president because they are “dependent upon government” to his former running-mate Paul Ryan’s remarks blaming the men of the “inner-city” for failing to learn and appreciate “the value and the culture of work.” To liberal critics the language of Romney, Ryan, and others was clearly code for the racial minorities who they viewed as too lazy to work up a decent wage for themselves, those same dependents that were the driving force behind Obama’s elections. While writer Chauncey Devega may have overstated his argument in branding Republicans the “White Supremacy Party,” the language among the Republican leadership did call to mind the remarks made by Republican strategist Lee Atwater regarding the so-called “Southern Strategy” employed by the party in the early 1980s. Explaining how Republicans could win the votes of racists, without sounding racists themselves, Atwater said:

You start out in 1954 by saying, “ni**er, ni**er, ni**er.” By 1968 you can’t say “ni**er”- that hurts you, backfires. So you say stuff like, forced busing, states’ rights, and all that stuff, and you’re getting so abstract. Now, you’re talking about cutting taxes, and all these things you’re talking about are totally economic things and a byproduct of them is, blacks get hurt worse than whites… “We want to cut this,” is much more abstract than even the busing thing, and a hell of a lot more abstract than “ni**er, ni**er.”

Writing in The Atlantic, Ta-Nehisi Coates referred to this process, discrimination which avoids epithets and didacticism, as “elegant racism.” “Grace is the singular marker of elegant racism,” he wrote, “One should never underestimate the touch needed to, say, injure the voting rights of black people without ever saying their names…Elegant racism was the poll tax. Elegant racism is voter-ID laws.” It is a racism that disguised itself in the national discourse, to appear that it no longer existed.

Seeing the political casualties wrought by their remarks Romney and Ryan tried to dial back their comments, explaining that their views had nothing to do with issues of race, but the damage was done. The perception that the Republican Party had become the party of racism became further entrenched. There were those within the party that saw a very perceptible shift in the political climate. A week following Obama’s election in 2008 Charlie Crist, then the Governor of Florida, made a speech in which he urged his party to embrace the “cultures and lifestyles” of minority voters to produce better leaders and a better party. Upon leaving the Republican Party after Obama’s re-election, Crist explained, “I couldn’t be consistent with myself and my core beliefs, and stay with a party that was so unfriendly toward the African-American president.” Two years later Sen. Jay Rockefeller, a Democrat from West Virginia, further took his Republican colleagues to task for pandering to racist constituents, stating, “It’s an American characteristic that you don’t do anything which displeases the voters…for some, it’s just we don’t want anything good to happen under this president, because he’s the wrong color.”

To the President’s credit- or discredit depending on the view- he has responded to such claims with a characteristic calm detachment. In a New Yorker profile of the president, Obama remarked to journalist David Remnick that “there’s no doubt that there’s some folks who just really dislike me because they don’t like the idea of a black President.” But more interesting is the President’s concession that, on the other hand, “there are some black folks and maybe some white folks who really like me and give me the benefit of the doubt precisely because I’m a black President.” On the surface this seems somewhat in line with Congresswoman Michelle Bachmann’s claim that there is a “cachet” about a black president due to white guilt, and television host Bill O’Reilly’s slightly-veiled suggestion that the shortcomings of the administration have been downplayed, or outright ignored, by the liberal-dominated American media because “Barack Obama is president.” But what this idea has devolved into is the claim that the supposed passes given to the Obama administration have victimized the honest, hardworking, white Americans who are the real victims of contemporary American racism. This dubious assertion has been leveled multiple times by O’Reilly, fellow demagogue Glenn Beck, and Michael Savage who, on his nationally syndicated radio show, accused Obama of stirring up a race war.

If the Republican leadership wished to distance themselves from such criticism they could have done better than appoint television personality Phil Robertson to address the 2014 Republican Leadership Conference. Robertson, star of the “Duck Dynasty” series, became the center of a national controversy in December of 2013 after making deeply homophobic and racist comments in a GQ magazine article, suggesting that “pre-entitlement, pre-welfare” African-Americans were content in the Jim Crow south. The Sharecroppers of Louisiana “were happy,” he claimed, no one was speaking ill of white landowners, and “no one was singing the blues.” While he became a pariah to those offended by his words, he became a patriarch to the public and politicians aligned along the right, an icon of free speech. This was the figure proudly chosen to head up a conference featuring notable speakers such as Herman Cain, Ted Cruz, Bobby Jindal, Rick Perry, Reince Priebus, and Rick Santorum, among several other party luminaries.

The elevation of Robertson, from reality star to Republican star, is the essence of the casual racism I discussed on HNN last week. Since the election of President Obama popular-culture is replete with notable persons who were either found to hold, or proudly proclaimed, their bigoted views towards racial and sexual minorities. While these persons have faced consequences, in terms of lost sponsors or suspended media deals, they have simultaneously had their views defended and celebrated as patriotic dissent against an American society overrun with racial sensitivities and political correctness. Just a half year before Robertson’s sanctification, after all, our national discourse circulated just as ferociously around the remarks of  former Food Network star Paula Deen.

The controversy began when a former-employee filed suit in 2013 alleging that as manager of one of Deen’s restaurants in Savannah she experienced sexual and racial harassment, including Deen’s use of derogatory racial remarks. When asked, during a deposition, if she had ever used the word “ni**er,” Deen recalled having only done so after being held-up, at gunpoint, by a black male in 1987. While not excusing the slur, the conditions under which Deen used it was a mitigating factor in the court of public opinion. In a “Today” show interview with Matt Lauer, Deen further insisted that she is not a racist, believing that “all of God’s creatures should be treated equally.” Nevertheless, the blowback was immediate and severe. Deen lost endorsement deals and partnerships with Walmart, Target, Sears, Home Depot, J.C. Penney and several other corporations.

Certainly Robertson and Deen had their supporters, and they were regularly defended not as racists, but southerners who were raised in a different time, a time when such words and thoughts were used often and unapologetically, when white people could freely speak their mind without fear of rebuke. Blogger Dustin Rowles speculates that Deen- and doubtlessly many of her fans- are racists that honestly don’t believe they are racist. Like Deen, Rowles was born in the South and openly admits that both of his parents and many of his teachers were racists who cursed Abraham Lincoln and referred to his black classmates as ni**ers:

It took me a lot of years to understand that the N-word was charged, that there was subtext and history to that word, and it’s no wonder. Where were we going to learn otherwise? Teachers, who ignored its usage? Parents, who had passed the word and the culture of racism onto their children?

“These were the people that raised me,” Rowles laments, “that raised people like Paula Deen.” Eventually, Rowles left the South and voluntarily cut ties with his family to ensure that his young children are not exposed to the culture of racism that marked his own youth.

Towards that end there is the theory that once retrograde racists such as Robertson and Deen, pass away their racists beliefs and attitudes will pass along with them, and that with time a post-racial utopia awaits. But Rutgers University professor Brittney Cooper fears that “we will not find a cosmopolitan racial future awaiting us; rather [people of color] will be led to the slaughter by the likes of Paul Ryan.” And as Coates has written, Americans must not get caught up with the comments of reality stars, celebrity chefs, and our most recent Public Enemy #1- Donald Sterling- but remain cognizant of the elegant racism peddled by Ryan and his cohorts. This is because men like Sterling confirm our comfortable view of racists. “Sterling is a ‘bad person,’” Coates wrote, “He’s mean to women. He carouses with prostitutes.He uses the ‘n-word.’ He fits our idea of what an actual racist must look like: snarling, villainous, immoral, ignorant…But a racism, condemnable by all civilized people, must make itself manifest now and again so that we may celebrate how far we have come.” Meanwhile racism, elegantly designed, casually accepted, monstrously effective, carries on.