The worst experience of my working life 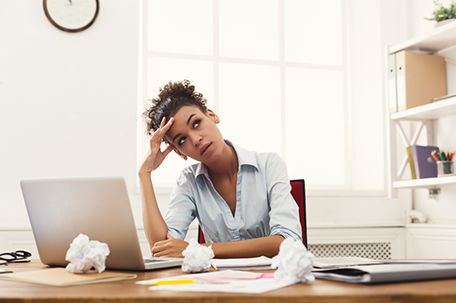 Yesterday, I felt as useless as an old rag. Never in my life have I felt so downtrodden. I would flick off racism like a speck of dust from my collar and kept moving.

I ignored misogyny, because I am the granddaughter of a woman with little education who lost her husband when pregnant with her 9th child, who provided for, and raised them well. If she did that, how can I — with all this education, grace and class — allow men to believe they could belittle me?

I rose above their money, status, and power by working harder than they did and spoke up for myself. I broke once, out of frustration, and two long tears rolled down my cheeks in front of my white, male boss — and from that instant, I decided to be a “Steel Magnolia.” If it got too much, I cried in my car, the bathroom at work, or my bedroom.

After three years of trauma that would have sent many to the drug dealer or mental hospital, another woman broke me all the way down with her disdain and passive aggressive disregard.

I remember a former coworker telling me she would never work for another woman because they are much worse than men, and I was offended. Well, this one proved her right.

After battling with minor memory loss due to a closed head injury less than a month ago, after watching cancer steal my sister and me trying to get back to normal, she (my boss) destroyed my self-confidence with her snide remarks and lack of trust. To be fair, I was having a problem focusing, but she made minor mistakes into major catastrophes.

For someone used to excelling, this felt like I was being kicked by heavy construction work boots — yet I kept trying. The harder I tried, the worse my head felt (sometimes like it was filled with cotton and sometimes pain) and the more she marginalized me, the more I blamed myself.

I’ve always had a mistrust of white people, but for the past six years, I’ve been trying to be open to them. After George Floyd and the barrage of sensitivity trainings and media coverage about systemic racism, I really began to feel hopeful and opened myself to my boss more than I have ever done in my career. I felt like if she understood, she would be more understanding.

NOPE! She used that knowledge to try to destroy me. It worked for a little while because I felt weak, but with therapy I grew stronger and my fighting spirit and confidence returned.

That did not sit well with her, so the attacks heightened and were more tactical. This was not my imagination — so I spoke to one of her colleagues about it who suggested I look for another job.

She (colleague) said we were opposites and the lady’s personality does not allow for flexibility. She kept saying she felt so bad for me and wished she could help.

Sadly or maybe luckily all that stress triggered the recurrence of cancer in me as it did my sister less than a year earlier. I trust my God that he is with me in this fight and I pray I am learning the lessons these experiences came to teach me.

My life experience in Ecuador