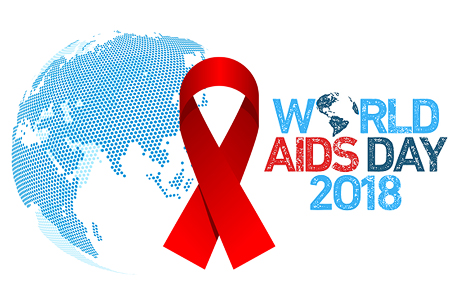 Last week for World AIDS Day, Penn Medicine honored me with its Red Ribbon Pioneer Award. Truth is, it really hadn’t dawned on me, ‘why me?’ When notified about it a month prior and asked if I’d accept, it wasn’t an issue why. After all, it’s Penn Medicine Center for AIDS Research — one of the premier centers in the world for HIV/AIDS research. So it wasn’t the institution, but rather if I was deserving of the recognition, since most of my activity on the issue was in the past. Penn is in the current battle.

There is a whole new world of HIV/AIDS services, education treatments and research, most of which I am not involved with, so the mystery to me just grew.

At the presentation, I was fully unprepared and thought that I’d speak off the cuff instead of having any prepared notes.

At these events, you hope to be among the first speakers since you don’t want anyone to use similar material that you intend to speak on. But last week, I was happy just to sit there listening to the other speakers in hopes they would give me inspiration on what to say. They did not disappoint.

My turn came after Bob Schoenberg, who created the LGBT Center at The University of Pennsylvania, introduced me. He started out by saying, “When I heard that a White, Jewish gay guy was getting the Pioneer Award, I thought that was great, since I thought it was me.” Great opening and a big laugh, but those words spoke volumes and I’m sure he chose them well. And at that point, I knew what I should say.

Thanking those who presented the award, I mused how perplexed I was, then leaned back on what I had heard from other speakers.

“Many of you today told us that our goal is zero AIDS patients, and you have the resources that will get us to that point,” I began. “I come from a time when there were zero resources and we had only our community to rely on. There was a time when Philadelphia Gay News was called ‘Philadelphia AIDS News,’ since that literally was the only story in our community.”

Then I looked around and saw in the audience people who I personally consider pioneers and said, “Want to meet pioneers? There’s Chris Bartlett, who fought to have safe needle exchanges. There’s Tyrone Smith, who screamed and yelled about the plight that AIDS was having on people of color. There’s Jane Shull, who created one of the first AIDS organization for and about people with AIDS. Heshie Zinman, one of the first fundraisers fighting to raise a few dollars.

“Today, HIV/AIDS is a multi-billion dollar service, education and research engine that literally has changed the world of social services, treatment and research.”

I ended my acceptance speech with, “I recall when AIDS was a death sentence. Thanks to you and the pioneers in this room, it’s now a “one-pill-a-day” disease. And, if we all work together, we will get to zero. I know that, since I know these pioneers and what they did to get us to where we are today — on the precipice of a cure.