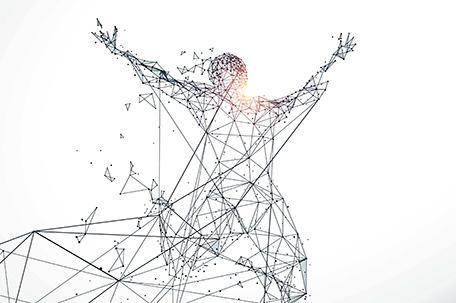 Including African Americans in the growth of Philadelphia, politically and economically (part two)

Congressman Gray held Ronald Reagan’s budget hostage until Republicans agreed to South African sanctions — an exercise of power that accelerated the release of Nelson Mandela. Twenty-five years ago, Kenny Gamble, Rahim Islam and Shahied Dawan, supported by the Muslim community, dropped anchor in a drug and crime infested South Philadelphia neighborhood. They transformed a neighborhood that today, but for Universal’s presence, is a hot bed for gentrification. My mentor, Ragan Henry — a Philadelphia lawyer — owned more radio stations than any other African American in the U.S., and was the first African American to own a network affiliated TV station. Philadelphia’s African Americans have a history for transformative behavior producing measurable outcomes.

Council President Clarke and Councilmember Quinones-Sanchez recently announced a Council plan to address poverty that warrants review and consideration. The mayor, Chamber and United Way voiced support, presenting an opportunity for a partnered approach that could coordinate, rather than duplicate resources. Philadelphia’s House Democrats last year adopted a Philadelphia agenda. Hopefully, the agenda will inform a going forward strategy with deliverables. Transformative outcomes are produced by teams, not disconnected individual victories, which is why the path forward would benefit from a city- focused independent African American think tank.

Harriet and multi-generational leaders have carried African Americans from slavery to the modern day Red Sea, blocked by man-made obstacles, impediments and self-inflicted limitations. The response has been prophetic voices speaking and writing from elected office, tenured faculty positions, pulpits, gender, lifestyle and professional organization leaders, post-tragedy media appearances, and muted prestigious insider positions. These authentic voices are laser-focused on the racism, benign neglect and denial of an American dream that has been earned by blood, sweat and lives lost to hatred. But crossing the Red Sea requires those voices joining hands with public and private leaders, activists and millennials to break the huddle and run the plays necessary to level the playing field by producing transformative outcomes. As leaders and partners, we must act with vision and courage, like Leon Sullivan, Sam Evans, Connie Clayton, Chuck Stone, Mary Mason, Sadie Alexander, C. Delores Tucker, Cecil Moore, James Hall, Charlie Bowser, Georgie Woods, Bill Gray and John Street.

African American leaders help thousands of people annually and receive earned awards recognizing their service, but African American demographics remain static, neighborhoods dangerous, and dreams are deferred. Progress is measured inaccurately and reported by dollars spent or the number of individuals helped annually. If we want to measure progress accurately, the accountability standard has to be annual percentage changes in measurable demographics, i.e., poverty, unemployment. The false narrative is captured in the current president’s use of numbers in the coronavirus testing charade.

A respected leader recently suggested that, if African Americans adopted a comprehensive agenda, embraced by friend and foe, we have on City Council and in Harrisburg the power to produce transformative change. Commitment to a shared agenda is the unbreakable chain.

The 2020 theme for my church is The Next Wave. The Next Wave has arrived on City Council and in Harrisburg, but without rookie and veteran team spirit, respect and cooperation, the organized white power structure will continue to get the lion’s share of discretionary resources and the public policies needed to expand their exclusive wealth and prosperity. We must break their momentum and lead African Americans into the end zone, before time, which is not infinite, expires. Also as the pandemic continues, we must prepare for coming out and post pandemic battles, because our competitors are at work.

Donald Trump was an outcast among Republicans and Fox News while seeking the Republican nomination, but now controls the party. How? He takes no prisoners — Republicans believe he is doing what he promised; and without fear he exercises power to impose consequences on those who do not conform. Trump is implementing a transformative agenda with no concern for African Americans or what we think.

Imagine African Americans focused on transformative outcomes with Trump’s passion for displacing immigrants, appointing conservative judges and empowering white supremacists. The African American challenge becomes more complex as a result of good guy conversations that address an expanded definition of protected classes and do not prioritize African American inequities. Although not my issue historically, reparations are having a greater appeal!

Occupy Wall Street: Will it become a force for change?