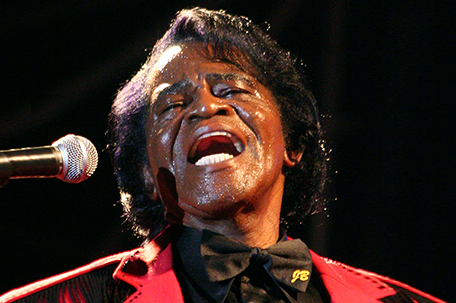 That evening at a concert in the late 1960s at the Shrine Auditorium in Los Angeles was memorable. The performer was James Brown. And as always, he was the usual frenetic, non-stop, consummate singer, entertainer, and showman. I, and the hundreds of others at the concert, had come to know Brown for that and expected that high energy in his concerts.

But in between the wild applause that night there were a few scattered boos from some in the mostly black crowd who believed that Brown was a sell-out and Uncle Tom for his seeming endorsement of the Vietnam War and traveling to Vietnam at the behest of the reviled President Lyndon Johnson to entertain the troops.

The mild hostility from some didn’t last long. Brown had just the right tonic to cure that. He launched into a rhythmic, gyrating, full blast shout of what had by then become one of his signature pieces, “Say it Loud, I’m Black and I’m Proud.” The crowd went nuts. Brown had gotten them, him and me back on track. I caught Brown’s show on two other occasions when he was groping to stay relevant and even adapt to the changing music scene, and again when he was clearly on the downside of his career and was widely regarded as another in the long train of one time headline artists who had carved out a career on the Legends circuit.

This didn’t erase the memory for me of the Brown who in his own unique way became a chief messenger for black pride and empowerment. A bare hint of that is in the biopic Get on Up, mostly with a short scene of Brown with his short natural doing a playful sing of “Say it, I’m Black and I’m Proud” with a group of black school children. This hint was enough to remind that Brown had once been anointed by the black nationalist poet and critic Amiri Baraka as “our number one black poet.”

Baraka didn’t go far enough. He was much more than a leading ambassador for black cultural awareness. He was a challenging and engaging black political activist. He clearly wanted the world to see and think of him as much more than an entertainer or a musician. He knew that he’d be praised and vilified for it, at times in the same breath by the same individuals.  He delighted in telling how some radio stations refused to play his “Say it Loud, Black and I’m Proud” and had branded him as a black incendiary rebel.

He had shown that belief in an empowered black community when he took control of his product, namely himself. He dented the hideous exploitation chain that for decades had seen black performers die broke, while legions of agents, record and concert producers, talent bookers and theater owners had reaped vast fortunes off him. Brown’s pioneering effort here sent the strong signal that making music was not enough if you didn’t control the profits from it. Brown did that. He bought a string black radio stations and assorted businesses. Despite his galling stumbles with taxes, and his questionable labor practices, he was determined to provide a solid model for black entrepreneurship. This was in part the reason for Brown’s brief flirtation with Richard Nixon’s presidential reelection bid in 1972. Nixon had seized on Brown’s and a core of other black activists’ tout of black business as a key to black uplift.

Nixon seemed to hold open the promise of a slew of new contracts, loans, and initiatives to boost black economic development. This was little more than an opportunistic, self-serving ploy by the always politically cynical and calculating Nixon to quell black protest.  But Brown took him at his word. And he called for more federal funds to black businesses and black colleges.

Brown also believed that Nixon would back the growing demand from black politicians and civil rights leaders to declare a national holiday for Martin Luther King, Jr. Brown took much heat from blacks for backing Nixon. Though he was horribly misguided in his belief in Nixon, his motives were pure. Brown took the criticism in stride and reminded that though many blacks harangued him for the Nixon tout, he had as he said “lost much of his white audience for Black and Proud.” This was Brown the iconoclast, black cultural icon, black economic empowerment pioner, and black political activist. This is the James Brown I remember.