The fear of the known 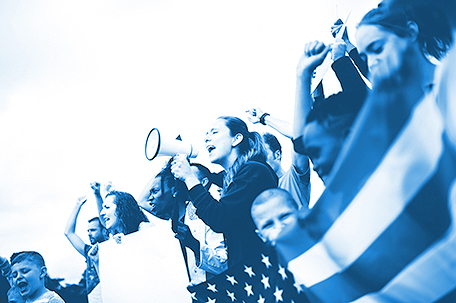 Whether anyone wants to admit it or not, the 1960s, and the changes brought by what happened then, informs the fight over Critical Race Theory.

I got a call two weeks ago from a former colleague at the Bucks County Courier Times, a newspaper I worked at for a little over five years, asking me to appear on a podcast he was doing on Critical Race Theory.

Now, I knew exactly why I was getting this call. Apparently, a few of the school districts in Bucks have joined the national conversation on Critical Race Theory, a conversation that for the most part seems to be rooted in a perception that white kids will be taught to hate themselves as a part of this discussion.

(And for the record, I got asked about this on the podcast.)

But having watched this whole discussion play out — something you can’t miss because many of the videos of these discussions have gone viral on social media — I’ve come to the conclusion that these folks aren’t really afraid of white kids hating themselves through learning Critical Race Theory.

Now, what I mean by that is in the 1960s, white kids saw Black folks beaten for trying to register to vote, discriminated against when trying to get a job, and killed for asserting their rights and instead of saying “Oh, that’s bad. But it’s not me, so I can ignore it,” they took to the streets, and demanded the kind of change that eventually led to a Black guy with a funny name serving two terms as president of the United States. Since folks have been losing their minds since that last thing happened, it stands to reason that keeping that kind of information as far away from America’s impressionable white students is of the utmost importance.

Like many things in 2021, much of the perception that Critical Race Theory is about to be forced on your children is based in misinformation. To be more specific, it is based on misinformation propagated by organizations like the Heritage Foundation, a right-wing think tank whose members say things like “If you’re talking about racism, you’re the racist.”

For one thing, unless your 5-year-old is a law student, he or she will never be exposed to Critical Race Theory, which is a form of legal analysis that says that race is a social construct used to oppress and exploit marginalized communities and that both laws and the legal system itself are designed to maintain the inequalities that are the result of that exploitation.

None of their arguments really approach the matter at hand. If anything, their real concern appears to be an educational one. Teaching young people about such things as the Trail of Tears, Japanese internment, the part that the United States has played in creating economic refugees or any of the things that are often left out of history class will probably contradict their “America is the unapologetic best” ethos.

Which is where the comparisons to the 1960s come in. People were turning on television every night and seeing what civil rights protestors were facing every night. In addition, those that led the Vietnam War were sending the poor off to fight in a war that never made sense to a lot of people.

This led to idealistic white kids leaving their Ivy League schools to register people to vote in the South, build homes in Appalachia, and demand an end to the war. If a new generation of idealistic white kids came out of the nation’s schools, they’d do more than join Black Lives Matter protests and call for better gun regulation.

And let’s face it — once the demand for equality becomes economic, people get nervous in the zero-sum game that is America. That’s why even the staunchest right-winger can quote every part of the Rev. Dr. Martin Luther King’s “I Have A Dream” speech except the one that talks about America needing to make due on an economic “bad check” it issued to its citizens of color.

It is said that if you are accustomed to privilege, equality feels like oppression. If one is invested in maintaining one’s privilege, there’s a vested interest in making sure nothing challenges that.

Thus, we have people screaming into microphones about something that you have to go to law school to learn.

The 2021-2022 school year is already going to have its share of challenges due to the continued presence of COVID-19, and the varying ways that districts choose to handle it.

If you’re going to make the job of teachers even harder, using something that they probably don’t know anything about isn’t the way.

Especially since, after talking with many of you about Critical Race Theory, you don’t appear to know much about it, either.