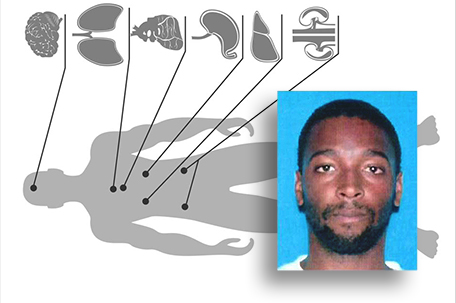 The slaying of Michael Brown, Eric Garner, Tamir Rice and Ezell Ford have one other thing in common other than they were unarmed black males slain by police officers and their killings ignited a national furor. Their autopsies have been the subject of intense scrutiny, debate, controversy and disbelief. Prosecutors and family attorneys heatedly dueled over the two Brown autopsies, one official, and one independent that proved and disproved whether Brown was shot and killed after an in close battle with Darren Wilson or at a distance. The Garner and Rice killings were both ruled a homicide based on their autopsy findings. Yet the ruling and the autopsy findings weren’t enough to sway a prosecutor and a grand jury to indict NYPD officer Daniel Pantaleo who killed Garner. There’s absolutely no guarantee that the autopsy report and ruling in Rice’s case will force an indictment of the Cleveland cop that killed him either.

Now there’s Ezell Ford. Virtually the instant the Los Angeles County Medical Examiner completed a preliminary autopsy on the Ford killing the LAPD sought and got an “administrative hold” on the public release of the autopsy’s result. This outraged civil rights leaders and Ford family members screamed that the freeze on release was a clumsy attempt to cover-up and whitewash Ford’s killing, LAPD officials countered that the hold was simply to prevent “tainting” the investigation with after the fact witness testimony.

The autopsy is crucial to the case but it is guaranteed to raise as many questions as it answers. One question is exactly what will the Ford autopsy show? The other is what if it backs the officer’s version that Ford was killed after a struggle or it contradicts it and shows as some witness’s claim he was on the ground and not resisting? Yet another is will it really prove anything or simply stir more controversy and skepticism about it whichever way it goes?

The reason for skepticism is probably the easiest to understand. Autopsies are performed by county medical examiners and even with competent and professional medical examiners, police and prosecutors may exert undue influence on their findings by sharing theories of a crime or information about a suspect, which may lead pathologists to tailor their conclusions to fit the theory of law enforcement officials rather than the facts of a case. This was tested to the limit in the Brown slaying. His family believed that the St. Louis County Medical Examiner was so in lock step with police officials that they didn’t trust the examiner to objectively present any facts about the cause of Brown’s death that would fly in the face of the version given by police. They got a private autopsy and not surprisingly it contradicted the official version of the killing. Then it quickly became a case of dueling autopsies that purported to show different versions of how Brown died at Wilson’s hands.

This points to the problem of what and how an autopsy is conducted. A number of chief medical examiners, even official examiners, have been fiercely critical of the entire autopsy process. Glenn Larkin, a former chief medical examiner in Pennsylvania, quipped that with an autopsy “We’re one step removed from God and St. Michael.” His point was that an autopsy even when there is no controversy or charge of bias hardly provides fool proof evidence of how a death occurred. Autopsy critics point to questionable forensic methodology such as bullet lead comparison, dog scent lineups, bite mark comparison, and even fingerprint and DNA analysis. In other cases, medical examiners apparently have made up their “expert” conclusions, which have no scientific basis.

Constantine Gatsonis, director of the Center for Statistical Sciences at Brown University and co-chair of the committee that authored a National Academy of Sciences report on flaws in autopsy reporting noted. “Much research is needed not only to evaluate the reliability and accuracy of current forensic methods but also to innovate and develop them further.”

It makes little difference how erroneous or flawed an autopsy is the likelihood that it will be questioned is slim precisely because is viewed as an incontrovertible scientific medical examination. It ignores the fact that in many cases a pathologist’s determination as to how a person died is simply an opinion.

A completely unbiased, untainted, factual autopsy that directly brands a death in an officer involved shooting as a homicide becomes a moot exercise if judges, juries and even defense attorneys ignore the findings even when there is clear evidence of improper influence by police or prosecutors.

The Ezell Ford autopsy may be the paragon of medical scientific accuracy and tell exactly how Ford was killed and support or contradict the LAPD version of the killing. But that will hardly be the end of it. It will simply cast more glare on the autopsy debate.