The Cultural Coach — The mob attack at the U S. Capitol: Are we slaves and slave masters in recovery? 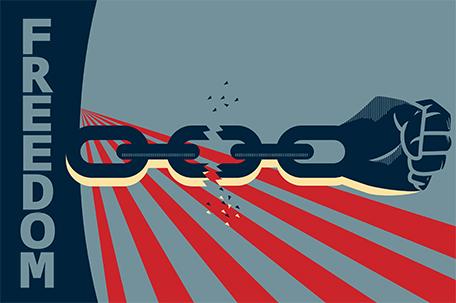 When we remain silent, hate and rebellion spread with fury like stage four cancer. Ultimately, it seeks to win by killing its host.

Try as we might, we can’t wish cancer away. Getting mad at the disease and feeling sorry for ourselves doesn’t help either.

Those tactics simply allow the cancer to beat us down more quickly.

For centuries, America has put off finding a treatment for racism and a way to recover from brutal mass enslavement.

We knew we had a problem, but talking about it was so uncomfortable. Diversity and bias training treated the symptoms but neither cut out the disease. So we took the easiest path by keeping the focus on how much we have accomplished and how far we have come. Meanwhile, as we rejoiced, the cancer metastasized and gained more power.

The late Pennsylvania State Sen. Hardy Williams, a political visionary in Philadelphia, was the only elected official I have ever met who has been willing to speak openly about slavery. He was my teacher and, in one of our many conversations, he summed up America’s problem this way: “We are a nation of slaves and slave masters in recovery.”

As we all watched the rioters storm the Capitol, we could see Williams really was right. We watched an entitled mob assault the halls of democracy as if they were lords and masters. They yelled about taking the country back. They looked for people to punish for daring to disobey them.

A slave master, you see, would feel only his votes truly count. The votes of the slaves do not matter. A slave master would think his beliefs are valid and see no need to have proof. As the person in charge, slave masters feel morally obligated to tell others on the plantation what to think, say and do.

So here we are, America. The urgent question before us: Can a group of slaves and slave masters in recovery survive at this stage of the disease?

Yes, I believe that we can. It won’t be easy. There’s a long, painful battle ahead. If we don’t choose the difficult road that we have long dreaded, the cancer may win.

Recovery begins with the admission that there is problem – both African Americans and white Americans are in recovery from the dark period of mass enslavement. And both communities are in denial.

As a formerly enslaved people, African Americans often fail to recognize their true value and potential. Some see slaves – not princes and princesses – as they look at other folks with nappy hair and dark skin.

Let’s face it. We wouldn’t kill an innocent baby or bystander that we felt was destined to cure cancer or eradicate poverty one day, would we?

The faceless youth murdered in Black communities nearly every hour of every day are mourned by their families and friends for the loss of their talents. The greater society, however, doesn’t put a premium on these young Black lives.

Both white Americans and Black Americans need to look within for solutions before this country can identify a treatment that will work.

African Americans need to intentionally address and recover from slavery so they can recognize that senseless shootings undermine our advancement by draining away talent and our self-respect. White Americans need to heal, but before they can, white Americans must first admit that this nation will never be free until they manage to detach the slave masters from the past.

Now, with the swearing-in this week of Joe Biden as president and Kamala Harris as vice president, it’s the perfect time for reflection.

It’s the perfect time to act.

(Linda S. Wallace is a free-lance journalist and communication specialist who helps clients develop cross-cultural messages for the workplace and the media. Readers are invited to submit questions on work or personal problems related to race, ethnicity, sexual orientation or physical differences. Address your questions to [email protected].)