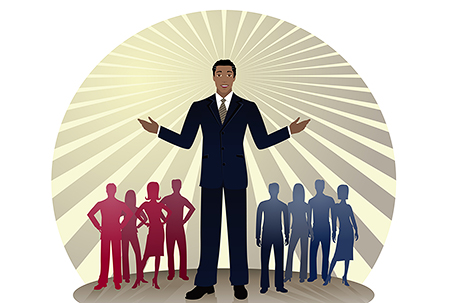 This is a brief message to our presidential candidates and their supporters. After reading, listening and viewing footage of recent discourse, I thought I might gently point out that our diverse American family has lost sight of its higher purpose.

I’ve identified a few of the more toxic strategies dividing us, from each other, and more recently, from the world. Use them when the goal is to win at all costs, and poison the debate.

1) Instead of seeking a discussion of facts or truth, shut down the conversation right away by announcing you take offense at a remark. This tactic makes you the center of attention. Communication now is focused on your beliefs rather than on a discussion of the original speaker’s statement. It is a verbal version of the old bait-and-switch routine. Use it as often as you can.

2) Never ask open-ended questions to clarify another speaker’s position and promote discovery. For example, you would never say: “I want to be certain that I understand your point. Am I restating your position correctly?” Questions such as these remove you from the spotlight.

3) Always attach labels to others and throw around words such as elitist, racist, conservative or liberal when describing them. This transforms conversations into chess games of defensive maneuvers. All productive communication shuts down, making dialogs a game of skill rather than an free exchange of ideas and opinions.

4) Don’t listen with the purpose of understanding a speaker’s intent. Instead create confusion and misunderstanding by questioning their motives and explaining what they really meant.

5) Call the media in to provide around-the-clock interpretation and analysis. This is helpful to them as it builds larger audiences and helps ratings.

6) When responding to ideas you don’t happen to agree with, never EVER say: “That’s an interesting take on the issue. However, I see it a bit differently. Might I explain?” After all, the purpose of communication is to gain power or seek a better position, not to better understand one another’s backgrounds and cultural challenges.

7) After a speaker admits making a mistake and offers you an apology, steadfastly refuse to move forward in the conversation. The longer you stay in the spotlight, the more points you earn. If the public gets turned off, well, there are fewer votes to count on election day. You won’t have to stay up so late.

8) When discussing mistakes, never ever use yourself as an example. It is better to criticize opponents, critics or family members than to share your mistakes and life lessons. Parents use this tactic all the time. A parent who used drugs as a teen might say to his child: “Don’t use drugs because you might end up like Uncle Paulie. He’s done awful things to this family.”

9) Attack leaders who are not in the same room. This is a good way to win an argument. OK, so it shuts down meaningful communication and fosters cultural tensions and unrest. Fortunately, you can then tell others, “We are in a real mess. I’m just the person to solve these problems.” (This tactic works with humans as well as dogs, I’ve discovered. If dogs aren’t in the same room, they ignore you so you can always get in the last word. )

10) Whenever possible, focus the conversation on what’s wrong with (1) the world, 2) your family, 3) your neighbors or 4) the nation rather than on America’s shared strengths.  If I held a dialog to discuss racial problems and threats, hundreds of people would show up. If we held a dialog to discuss how talented, intelligent cultural families might build a just community, my dog might attend. And she is going to ask for treats. So attack, attack, attack. If fewer people are in your discussion circle, you’ll have more time to talk.

Ten ways to have a hassle-free Thanksgiving