The Cultural Coach: Simple workouts to combat stereotypes and bias 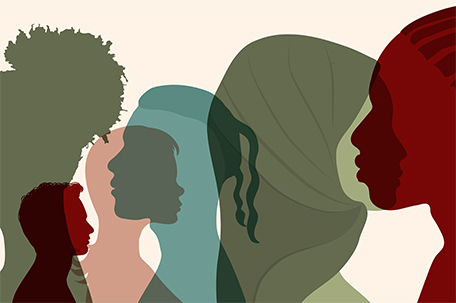 Years ago, an anxious European American shared a troubling story about her son. Her child lived to watch and play basketball. One day the child said to her matter-of-factly: “Mom, I can’t be a basketball player when I grow up because my skin is white.”

Since the child’s favorite players were Black, he innocently assumed that his skin color would hold him back. Girls fall into the same traps. If young women do not see female CEOs in the news or on television, then they, like their male counterparts, are likely to assume that women lack the right stuff to reach the executive level.

Children are so impressionable. They take cues from the world around them. Consider the European American teacher who recently told a sixth-grade class that President Donald Trump has made them ashamed to be a white person.

As a rule, we should never make young people feel ashamed of their skin color. Neither should we make them feel responsible for the actions taken by a member of their racial or religious group.

This rule applies to white men and women. Here’s why.

And while we are on this topic, good police officers shouldn’t be blamed for what’s in the hearts and minds of some of their less capable fellow officers.

While we are not responsible, in each of these cases, individuals are obligated to act courageously against hate, brutality and violence. We can’t just stand by and wish it away.

No matter who we are, the assumptions we make about our future and ourselves serve as powerful switches that will ultimately dim, or brighten, the intensity of our lives.

Young people, like the rest of us, often rely upon observations and learned beliefs to assess life potential and size-up strangers. Though it’s perfectly natural behavior, it presents some real hazards. First impressions can be easily shaped by hidden cultural, racial or gender biases.

When we meet someone new, cultural filters help us process data and form impressions. We look at their clothes, listen to their word choices and then, in a matter of seconds, determine whether the person is intelligent, dangerous or capable. That’s perfectly OK. Though it’s a system that works fairly well, we can’t stop there. Our assumptions about our own cultural group, and others, must be challenged if we are to make bias-free decisions.

Once we incorporate workout routines for our minds, we will begin to see valuable results. Use the exercises below several times a day. Remember, the more often you practice, the more you stand to gain:

• Identify a speaker’s frame of reference. Before we give in to our urge to let automatic responses rule us, take a giant step back. Let’s then use the speaker’s life, not ours, as a lens. Suppose we are touring an art exhibit. The first time through we simply wander around on our own.

Afterward, we get an audiotape that explains how the artist’s personal tragedies, culture and experiences influenced his paintings. As we tour the exhibit a second time, we get a glimpse into the hidden meanings and clearly hear the artist’s voice. Our new frame of reference provides us with startling insights and new clues.

• Catalog your own cultural filters. Each of us has social, political and cultural filters that we use to view the world. We need to catalog them and become more aware of their presence.

Filters frame the way we view situations. Let’s all visualize a photo of a man smoking a cigarette. Smokers, especially those trying to quit, may picture the man while focusing lovingly at his cigarette. A widow who just lost a husband to lung cancer may begin to cry.

Each of us frames situations, issues and cultural groups through our own lens. If ever we hear ourselves say, “That’s the way they are,” then that is a sign that our cultural shades are on. To adjust them, change your frame of reference.

• Give your beliefs a strenuous workout. Expose yourself to diverse sources of information and write down new ideas that make sense to you. Resolve to learn something new every day. Share with others knowledge and insights rather than personal beliefs.

The Cultural Coach: No answers if no questions