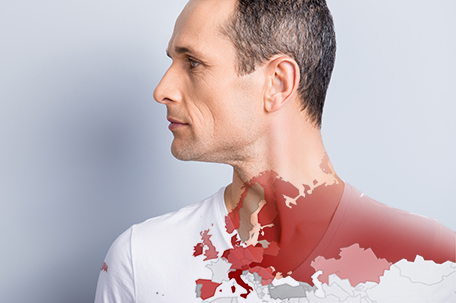 Q: If African Americans, Latinos and Asian Americans have cultures, then why don’t White Americans? If there is a European American culture, what is it, exactly?

A: Yes, there is an Italian culture, an Irish culture, an English culture and now, according to some, a European American culture. Jeff Hitchcock, founder of The Center for The Study of White American Culture (http://www.euroamerican.org/) is one who believes European Americans have a distinctive culture. Many, but not all, of today’s diversity experts agree with him. Hitchcock, a European American who has a master’s degree in social psychology and a master’s in business administration, founded the Center, a Roselle, New Jersey based multiracial institute that seeks to improve race relations and cultural understanding.

He says research suggests that Whites view race through one of three prisms:

White racist prism: European Americans who consciously identify themselves as white, recognize that whites have a distinct culture, and believe that whites are superior to people of color.

The colorblind prism: People who argue race shouldn’t make a difference in life, and since it shouldn’t, we should act as if race does not matter. People in this group see no need to talk about race at all.

“The irony of colorblindness is that by not seeing whiteness, it keeps whiteness centered,” Hitchcock says.

White consciousness or race savvy prism: People who consciously identify themselves as white, but do not think any racial or ethnic group is superior. Those with “white consciousness”  believe American whites hold an unjust privilege and dominant position in a racial hierarchy, Hitchcock says. This model is only about 40 years old, compared to 100 years for colorblindness and 400 years for racism.

Race-savvy European Americans argue whiteness forms the center of our society and, as long as it does, America cannot have a society centered on multiracial values. They do not subscribe to the belief that just because we have equal opportunity laws on the book, we now have equal opportunity. Why not? Bias and culture are two key factors.

To truly understand the white racial prisms, we must first define the term culture. Surface culture, which includes, food, dress and customs, is visible and easy to recognize. However, the culture that shapes how we interact with others, interpret actions and place meaning on behaviors — which is referred to as deep culture — is invisible to most of us. We can’t see it, and we can’t tell when it is at work or it is shut down.

“Generally, we don’t think about our cultural framework at all,” Hitchcock says.

In other words, when we watch the news or new TV dramas and see and hear people speaking Spanish, we don’t stop to think, “Am I looking at this through my white perspective or [am I] viewing it as a member of a multiethnic America?”

Within the white culture, there are individual differences that span the prisms, Hitchcock says. For example, whites can be Democrats, Republicans, conservatives or liberals.

“But there is a commonality we develop from growing up in a particular culture,” Hitchcock suggests. “Individualism is a very strong value in the white culture, much more so than in other cultures. (Whites) tend to see people as the product of what they have done.”

Hitchcock says this type of worldview tends to cover up structural weaknesses that might exist in society and discounts factors like racism, sexism and discrimination due to one’s sexual orientation.

Black leaders often are quoted as discussing a need for direction and action plans. What about whites? In Hitchcock’s book called “Lifting the White Veil: An Exploration of White American Culture in A Multiracial Context,” he sees two strong forces at work that are pulling the community in opposing directions.

Race-savvy whites seek to create an inclusive community that embraces a range of cultures and perspectives. But Hitchcock says others have a “sense that I am the original American and you (people of color) are the person who came around later. They feel if anyone is to say who and what is American, I am the person to make that decision.”

Linda S. Wallace is a free-lance journalist and communication specialist who helps clients develop cross-cultural messages for the workplace and the media. Readers are invited to submit questions on work or personal problems related to race, ethnicity, sexual orientation or physical differences to [email protected]

The Cultural Coach: Life’s little diversity manual: How to get where we need to go