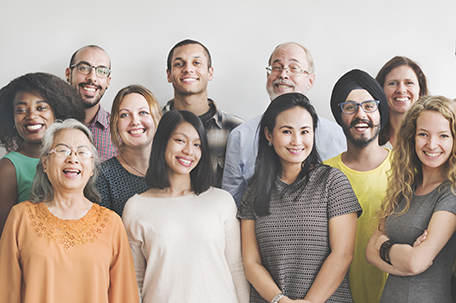 When my colleagues and I are chatting at work and a topic concerning race or ethnicity arises, I sometimes freeze up. I am not sure which ethnic names are trendy. Can you provide a little guidance?

The U.S. Census Bureau is one of the most knowledgeable sources regarding the names preferred by America’s ethnic and racial groups.

The bureau conducts extensive research and offered the public a say in choosing the ethnic names that would appear on census forms. This policy of asking people for advice launched the new and improved “don’t ask, do tell” policy on ethnic names, in which individuals select the racial category they like best. No doubt this policy, which is far more costly and complex, creates hardships for Human Resources departments and businesses, such as mortgage companies, which must continually update forms.

I sympathize — really, I do. Corporate America would prefer every group get together, agree on one name and stick with it. It’s not going to happen.

Ethnic names reflect the evolution of people and cultures, providing valuable insights into how a person lives, thinks and works. A culturally savvy company would never market a product to a self-described African American the same way it might pitch that product to someone who describes himself as a Black. Not all Black people are African American. People of Hispanic heritage might also self-describe as Black.

Here’s a little background on the most popular names you might hear people use in conversations. Preferences for particular terms are likely to be influenced by factors such as age, region and education. When in doubt, you may ask a person which term they prefer and why.

African American: First used in the South in the late ‘70s and early ‘80s. Jesse Jackson and other Black leaders began to use it after the National Alliance of Black School Educators issued its ground-breaking report in 1984, “Saving the African American Child.” School districts, which had begun to create culturally based curricula, were among the first public institutions to use the term widely.

Black: Reflects the pride of the Black Power Movement of the late 1960s. Its use was a triumph because for the first time Black people selected the name that they and others would use. Negro was a term whites imposed on them.

Negro: If you didn’t get the memo, this term is now deemed offensive by most African Americans. This term was used on the forms for the 2010 Census but had been eliminated by the time the 2020 Census came around. See what I mean? Keep up! It typically was a term preferred by older African Americans and those in the South.

White: Has replaced Caucasian. Some cultural experts question whether color is the most appropriate way to distinguish racial groups, as some Hispanics have white skin and some Caucasians have brown skin. Hispanics can also self-describe as White.

Anglo: Commonly used to refer to whites in the Southwest and in California. The term, however, should refer only to white people of English ancestry.

European American: Presented as the latest alternative to white people. Those who use it argue it is preferable to white, which has been used historically to convey a sense of entitlement, as in white water fountains or white waiting rooms. The term refers to culturally based differences rather than skin color.

Hispanic: Describes all people of Spanish-speaking descent. The term is controversial because some view it as a government-imposed label. The federal government first used it in the 1980 census.

Latino/Latina/Latinx: First used in the 2000 census interchangeably with Hispanic. In Spanish, Latinx describes the people of Latin America. Latino tends to be used more often on the West Coast, while Hispanic is more common in the Northeast and Southwest.

Chicano/Chicana: Popularized by civil rights activists in the 1960s and 70s as a term for Mexican Americans. Some Mexican Americans say the term is outdated or offensive because it reflects militant activism. Yet others prefer it as a reflection of pride in their Mexican and U.S. heritages.

Oriental: Once commonly used to refer to Asians, this term also is outdated. When Barack Obama was president, he signed a bill prohibiting use of the term in all federal documents. Some Asian Americans object to it because it is linked to British colonialism. Others, however, say they don’t mind it, because there are far worse slurs that concern them.

Native American/American Indian/Indian: Used to refer to indigenous peoples. Individuals, however, will often refer to themselves by tribal heritage. The census uses “Indian” and “Alaska Native.”

For more information on the preferred terminology for different populations, check out the Diversity Style Guide at: www.diversitystyleguide.com.