The Black Male – a Targeted Group 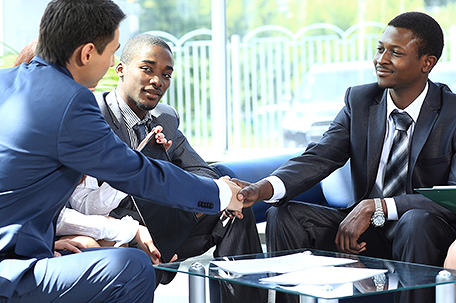 In part one of “The Black Male: A Targeted Group”, I tried to establish a few critical points that will carry throughout, the most central being the effect of slavery on our lives in the present day.  Many of the conditions that exist today in our community have their roots in the enslavement of our ancestors. The Black family specifically, and the Black man in particular, has been targeted by design. If that targeting is successful, the Black community will never achieve self-determination and sustained stability. Blacks need to be as diligent as the Jewish community has been in not allowing the Holocaust to be forgotten and demanding accountability to all who participated in it when it comes to slavery. Now, I’m not trying to compare the Middle Passage with the Holocaust to see which is worse, I’m saying that it needs to be seen in the same way.

I would like to continue the discussion of the “legacy of slavery” and how, specifically, the demise of the Black family is directly linked to it. We have were been extremely impaired by it because, among other things, slavery essentially destroyed the concept of family for Blacks.  During slavery, the Black man was evaluated by his ability to endure strenuous work and to produce children.  The more children he could sire, the greater the expansion of the master’s slave holdings and the greater financial windfall for the slave owner.

Black men were defined by their ability to impregnate women, something that continues today. The mark of the strong-armed “stud” from slavery continues to linger.These modern-day slaves delight in leaving abandoned and neglected children dispersed around town.  This particular behavior is often characterized as a racial trait attributable to some type of moral deficit in Black men, but nothing could be further from the truth. The fact is that this doesn’t happen among Blacks that have never endured the ravages of slavery or who were otherwise able to preserve their cultural integrity.

While it appears that some of our families have survived the Black Holocaust, the truth is that it’s just an illusion. While we may have a “few” families that resemble the Huxtables of The Cosby Show–an upper middle-class Black family comprised of two professionals and picture perfect children– far too many of our families carry the baggage of inherited dysfunction and an ongoing socialization process that continues to scar our children and our future.  Instead of our homes being emotionally secure and nurturing environments that produce positive and confident children, they’re a place for dark secrets that perpetuate a cycle of despair against our children that has its origins in slavery.

There are all types and of mixtures of positive and negative socialization, and the more positive our social learning experiences are, the happier we tend to be, especially if we learn useful information that helps us cope well with the challenges of life.  A high ratio of negative to positive socialization can make a person unhappy, defeated or pessimistic about life.  Some people will defend negative socialization since painful training can prepare people to be ready to fight and die in battle, put themselves at great risk in order to save others, and endure torture and hardship. This is all true. But, many people receive far more negative socialization than they need. Our children are extremely traumatized by extremely poor parenting that has its roots in slavery. This socialization process is learned and is perpetuated by our children when they become parents themselves, causing the vicious cycle to continue.  We cannot can’t dismiss this process because this process defines how we think and how we feel about so many critical issues, none more critical than the consequences of a failed concept of fatherhood.

Many experts state that there is a “Father Factor” contributing to our community’s worst social problems.  Today, 75 percent of our families live in homes where the biological father is absent. This has crippled our efforts towards self-determination and the stability of our communities. We can’t cross the finish line with these types of numbers. How will our boys learn how to become men if there are no men in their lives?

Research shows that children born into poverty face serious challenges in getting out and that number increases exponentially when there is no father in the home. Children in homes where the father isn’t present are almost four times more likely to be poor.  In 2011, 12 percent of children in homes where the parents are married were living in poverty, compared to 44 percent of children in single parent households, a number that’s much higher in the Black community. In addition, many of our young boys are diagnosed as “special education’ students and are viewed as having aggressive behaviors that are seen as requiring medication. The answer is very clear;  much of this can be contributed to the fact that so many of our Black fathers are not present.  Current data show that children born in single parent families show higher levels of aggressive behavior than children born in two-parent homes.

Absentee fatherhood is a characteristic of slavery that is crippling our community today. Simply put, young boys who never had a father in the household are at risk for teen delinquency.  While we glorify single mothers, the fact is that being raised by a single parent raises the risk of a child facing teen pregnancy, and dropping out of high school. Never being married contributes to an increased risk of child maltreatment, and risk of abuse and neglect.  When our fathers are absent, our children are subjected to increased levels of emotional, physical, and sexual abuse.

Our children, especially our boys,  experience trauma from boyhood to manhood. In my next article, I will articulate some of these examples.

The Black male; a targeted group Part I