The Black male; a targeted group Part I 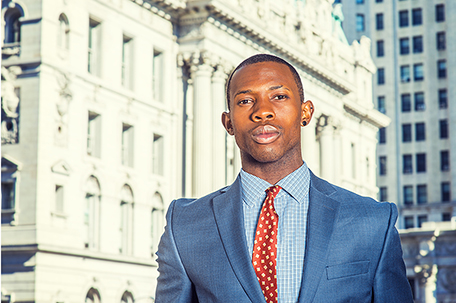 The Black man has been a target since being enslaved for some 450 years. Nearly every demographic screams out loud that something is seriously wrong with the Black man in America. When did this start? Is the Black man, by nature, a broken and inferior specimen? If you examine the Black male incarceration rate (school to prison pipeline); health disparities, massive long-term unemployment and underemployment (more than 50 percent for Black men ages 18-35), two-thirds of high school dropouts are Black men, and high levels of violent crimes (i.e. murders, aggravated assault, robbery, aggravated robbery, etc.,) are committed by Black men. Black men are the most vulnerable of all racial/gender groups on the planet.

I know what you’re saying. How can Black males be a target? How are the issues facing Black men directly connected to our legacy of slavery? Let me explain how.

For those who ask, Why are we going back to one of the worst times in American history? Why is it relevant today? Let’s do the math. Between 1941 and 1945, Jews were targeted and methodically murdered in the largest genocide of the 20th century. Every arm of Germany’s bureaucracy was involved in the logistics of the genocide, turning the Third Reich into “a genocidal state.

In total, approximately 11 million people were killed, including one million Jewish children alone. A network of facilities in Germany and German-occupied territories were used to concentrate, confine, and kill Jews. The persecution and genocide were carried out in stages. Initially the German government passed laws to exclude Jews from civil society, most prominently the Nuremberg Laws of 1935.

While these atrocities were vicious and insensible, the Jewish community, to their credit, has never let the world forget not only what Germany did to them, but how other countries were complicit in this crime against humanity.

In addition to thousands of movies, books, and ceremonies that honor the victims and the resistors, they will attack and/or address anyone that attempts to trivialize or minimize the impact the Holocaust has had on the Jewish community and its descendants.

The American institution of slavery was the legal institution of chattel slavery that existed for nearly 300 years. Starting with the capture and trans-Atlantic passage of millions of Africans from the shores of West Africa, with untold millions dying in the process, being subjected to worst and barbaric conditions ever perpetuated against a people over such a long period of time. In addition to being torn away from their native culture, which was systematically removed over several generations and forced displacement and disruption of the Black family, chattel slavery, unlike other forms of slavery, is the worst form of slavery because it binds the enslaved offspring into perpetuity.   Our ancestors were viewed and treated no better than animals for several hundred years. Blacks are being urged to forget slavery and to forget the terrorism of Jim Crow that specifically targeted Black men. Some estimate nearly 50,000 Black men were lynched during this period with millions of dollars of property seized and or destroyed to enforce White superiority and fear.

What we don t realize is that while we might not speak about slavery, it reigns in our hearts and in our minds on a daily basis. In her book titled the Post Traumatic Slave Syndrome, Joy Leary says that slavery was one of America’s most lucrative institutions and was the cornerstone on which American wealth and power were built. Like wealth and power that has lasted until today, so does the psycho-social consequence on Black Americans. Many White experts (i.e. psychologists, social scientists, researchers, etc.) know very well the ramifications of slavery but continue to act as if the current state of affairs for so many African Americans is the result of their own doing and their own ineptitude. Nothing could be further from the truth! The effects of slavery are very much alive and well. There are many historically correct and factual representations about slavery, but until recently, little has been done to examine slavery s impact on the Black community, especially the Black family; specifically the Black man.

What s so intriguing is that study after study now reflects on the legacy of slavery and the inability of Blacks to let go of the remnants of slavery, especially those that influence our value systems (i.e. religion, culture, economics, politics, education, etc.). Probably the most serious effect of all was the impact that slavery had on the Black family. The family is the very foundation of healthy, constructive, personal and community life. Without a strong family, individual life and community life are likely to become very unstable. The destruction of the Black family was accomplished by destroying marriage, fatherhood (leadership), and motherhood. Slavery did away with fathers because it had no use for them and when our men attempted to take on the role of the father, they were emasculated, sold away, physically harmed or killed, directly by the plantation owner who always made it known to everyone, specifically the woman and her children that only he was the man.

Fundamentally, the obligations of marriage were extremely inconsistent with the conditions of slavery and could not be performed by the Black slave. A husband promises to protect and provide for his wife and children until his death. But what can such promises made by slaves mean? The legal relationship of the owner and the slave renders them void. The Black man couldn’t protect himself let alone protect his wife and children. The laws of the United States gave the slave owner unlimited control and full possession of his person. In the minds of the slave owner, the slave had no soul; he was not human. The Black man was valued as workhorse and a stud. The more work the slave could perform, the greater the production output, the greater the profits for the owner. His manhood was defined by his ability to impregnate a woman. The virtue of fatherhood was considered a threat on the plantation and resulted in branding the Black man as a trouble maker that resulted in physical punishment or death. After several generations of such unnatural treatment, Black men adapted and began to resist the role of being a true father and leader.

Equally as destructive as the role of the father during slavery is the disrespect a Black man receives as a leader of his family or in his community. Analogous throughout nature is the most certain way to destroy life by cutting off the head. From the turkey, to the cow, to the human being, the most immediate way to bring death to a body is to remove its head. Slave narratives and historical accounts are full of descriptions of atrocities brought against any Black man who demonstrated any form of leadership. Slave owners realized that their power and control over the slaves was dependent upon the absence of any indigenous leadership among the slave. Any slave was taught to view with suspicion natural leaders who emerged from among themselves. These Black men were identified as uppity  or arrogant  and were branded as the trouble makers.

Brothers and sisters, we have been programmed to think that these facts are not pertinent, but if we would re-examine our condition, we would see that everything is on us. If this type of treatment had occurred over a four to five year period, maybe we could believe that it isn t a contributing factor. But this treatment occurred continuously for nearly 350 years, not including over 50 years of Jim Crow following emancipation.

Black men are the most vulnerable of all racial/gender groups. In subsequent parts of this article I will elaborate the current systemic and structural attacks against Black men and Black boys. Stay tuned.

[Rahim Islam is CEO of Universal Companies and convener of the Philadelphia Community of Leaders.]

Trayvon Martin, my son, and the Black Male Code