The Black family is out of position 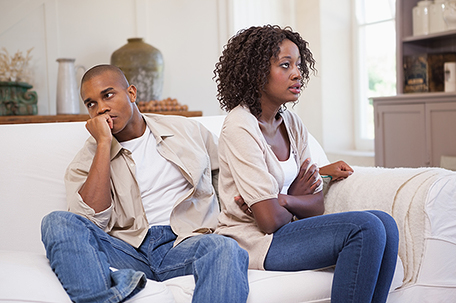 On a personal level, I, like so many of my peers, am a product of a broken family and being divorced twice, I have raised children in a broken family with my children repeating some the failures their parents and grandparents have made.

In too many cases, the Black man is unable to be the leader, provider (breadwinner), and protector of his family which has caused a serious crack in the man/female relationship.

While this is not a new phenomenon, it has worsened over the past 50 years correlating with the high level of unemployment and underemployment for a significant population of Black men (nearly 45-60 percent).

Black men are under attack from every socioeconomic angle (nearly 2/3 subjected by the prison industrial complex) making him more stressed than any other group in America evidenced by the disparaging levels of health disparities, depression, drug addiction, domestic violence, family abandonment, and death.

Recently, the CDC formally announced a new cause of death for Black men “legal intervention” – death caused by police.

Their position is further supported by policies that favored them over their men and has developed a labor pool that over the last 50 years has significantly advanced the Black woman both educationally and economically over the Black man. Coupled with discrimination in the work place (it’s been documented that corporate America views hiring black woman as safer than hiring black men), an inept public school system in which black males are failing three times higher than black females, the mass incarceration of our Black men, and mass media romanticizing single mother heads of households.

If truth be told and mothers are truly honest – this is a bad situation for everyone, especially our children. For those mothers who attempt to do it right, it’s exhausting.

It’s nearly impossible for a mother to raise a family by herself. For many Black women, these and other issues threaten their ability to deal with our men. What are we teaching our daughters? When we examine the issues of Black men and women, we must always consider the “legacy of slavery” and by design our family has been broken. Why? Our families have been broken by design. In spite of these challenges, we have nothing to be ashamed of. In fact, our history should be a badge of honor and affirmation to the greatness of our people.

“My Grandfather Would Have Shot Me”: A Black Woman Discovers Her Family’s Nazi Past