Telling the Stories of Enterprising Blacks 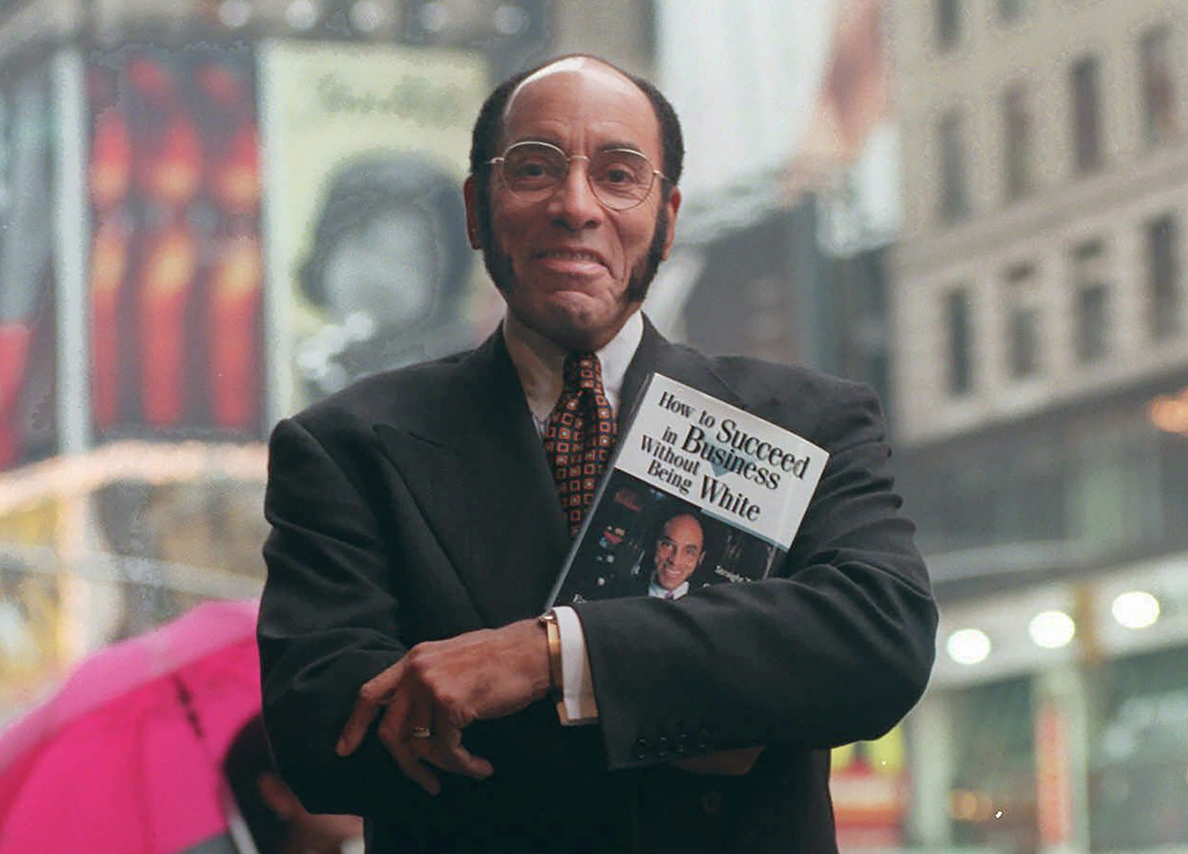 This Aug. 17, 1997 file photo shows Earl G. Graves Sr. with his book “How To Succeed In Business Without Being White” in New York. Graves Sr., who championed black businesses as the founder of the first African American-owned magazine focusing on black entrepreneurs, has died. He was 85. His son said Graves died Monday, April 6, 2020. (AP Photo/Bebeto Matthews, File)

Earl Graves Sr. wanted to make sure that Black people could not only take care of themselves financially, but could also share that knowledge with others.

While we usually associate the Civil Rights Movement with things such as voting rights and the right of assembly, civil rights leaders made it a point to let everyone know that the next phase of the movement was economic.

If anyone embodied that phase of the movement, it was the founder and publisher of Black Enterprise Magazine, Earl G. Graves Sr., who was not only the face of that movement, but he also provided the platform for other Black businesses looking to be the innovators, movers, and shakers.

Graves died last Monday from complications of Alzheimer’s disease. He was 85.

Graves pioneered African-American business reporting, telling the stories of successful Black businessmen and women that mainstream publications often ignored. When he launched Black Enterprise in 1970, it gave voice to the unique issues facing Black business leaders when it comes to creating wealth and opportunities.

In his 1997 book, “How to Succeed in Business Without Being White,” Graves said it was his ambition to show African-Americans that entrepreneurship wasn’t beyond their capacity.

“My goal was to show them how to thrive professionally, economically and as proactive, empowered citizens,” Graves wrote.

Graves served on the boards of several major corporations and used his position in those firms to create opportunities for African-American contractors.

National Urban League President Marc Morial said in a tweet the Black business world lost its greatest advocate for their cause.

“The life and work of Earl Graves represent a blueprint for the National Urban League’s mission of economic empowerment for Black America,” Morial said. “May he rest in Power.”

Throughout his life, Graves was also active in politics. In 1968, he worked on Sen. Robert F. Kennedy’s campaign for president and he also supported the campaigns of Jesse Jackson and Barack Obama.

But the cause that was most important to him was our shared alma mater, Morgan State University in Baltimore. Graves was one of the school’s most generous contributors, and cared deeply about the school’s progress. Morgan State opened the Earl G. Graves School of Business Management in 2015 as a fitting tribute to a man who was an advocate for African-Americans in business and his alma mater as well as other historically Black colleges and universities.

But while what he did with Black Enterprise was serious, Graves was also fun-loving. Graves was a classmate and good friend to my parents, Carolyn and Ralph, while they were all students at Morgan. He and my uncle, Arnold Hayes, would get together and hang out during the school’s homecoming weekend, enjoying the camaraderie that came with being Morganites. My mother also told me the story of Graves’s visit to Fort Dix, New Jersey when my father was a lieutenant in the Army stationed there and the good time they had.

With the loss of Earl Graves Sr., we’ve lost someone who made it his business to share the legacy of the descendants of Black Wall Street.

His presence will be missed.