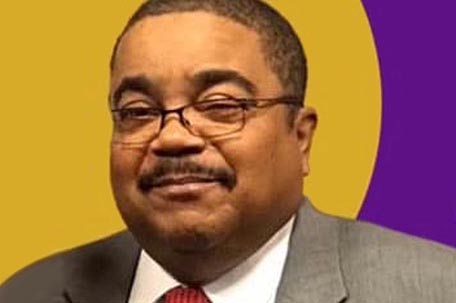 I recently had the pleasure to sit down with Mr. Charles Whiting, an outstanding and profound man of character and poise who continues to help to make change in the neighborhoods of Philadelphia and Montgomery County. Whiting shared compelling stories on how the Boy Scouts of America made a difference in his life and about becoming the first African American man in many places as a result of his experiences with the organization.

cj: Name a few of your accomplishments with The Boy Scouts of America.

CW: I was the scout leader for Troop 358 for about 42 years. There were 72 young men that received the rank of Eagle Scouts [who] came out of Grace Baptist Church in Germantown. We also had the opportunity of marching in both of Barack Obama’s inaugural parades. We were the only Boy Scouts Troop to represent the Boy Scouts of America in the parades.

cj: What happened in your life that took you down the path of Boy Scouts?

CW: Well, what happened in my life simply about Boy Scouts, as you may remember, Boy Scouts always had a draw for camping. I am coming from the city of Philadelphia, I did not have the camping experience, so I wanted to do camping.  I wanted to cook on an open fire, I wanted to do the rustic things, and I wanted to do all the things that I was not able to do in my particular neighborhood. So, I joined the Boy Scouts Troop at the Germantown Jewish Synagogue at Ellet Street and Lincoln Drive.  I was the first African American to join that troop at 11-years-old in the 1960’s, and eventually, some other young men came onboard, including my brother, and I had a great experience there.

cj: What did you gain from that experience?

CW: I made a transition from Boy Scouts, then went on to become a member of the Philadelphia Council Camp Stem as a staff member. That really had an impact on my life, because I met a lot of men who influenced me. Once I became an Eagle Scout — the Boy Scouts at that time would give you a mentor — my mentor was Dr. Robert L. Poindexter, who at that time was the deputy superintendent of schools.

cj: How have these men affiliated with the Boy Scouts of America affected and driven your life’s career?

CW: I attended Cheyney University and received my bachelor’s in Elementary [Education] with [an] emphasis on Special Education, because Dr. Poindexter, my mentor, shared that [it was] where I will be able to find a job.  Once I graduated from Cheyney University in 1972, I could not find a job due to there being no jobs at that time because I graduated in January. [Through] my boy scouting connection, I had a camp director who knew what I was teaching. He got me a job in [the] Hatboro/Horsham School District. I was one of the first African Americans they hired as a teacher there. The superintendent would come to my classroom and ask how I was doing, and it was a great experience.  The school’s name is Crooked Billet Elementary School.

cj: You have been sharing many experiences as being the ‘first Black man’ to accomplish. What else can you share that has been a first for you as an African American man?

We have seven township commissioners here in Upper Moreland and I was the first African American to be elected (this was four years ago) as commissioner for the township.  I am currently seeking re-election and we will see what happens.

I became the first vice chief in the Order of the Arrow back in 1968, the first African American in a nationwide organization.

I recently participated in the negotiations for the blue-and white-collar workers of Upper Moreland and we were able to come to a contractual ratification – so that’s something. That means that for the next three to four years we will have a labor of peace. You also work on the budget, so we will have our budget planning sessions. I am currently vice president of the Upper Moreland Board of Commissioners, another African American first.

cj: What were some of your challenges over the years?

CW: Being the principal at Dobbins High School, I was assigned as the first Black principal and at that time, there had only been Italian male principals, and high school staff are difficult when making transitions.  At that time, the staff did not want to accept the fact that I was the principal, so they would try to come up with something, and if it wasn’t for Dr. David Hornbeck — who was aware of what was happening in the school district, especially at Dobbins High School and he kept me there — some persons may have pulled me out due to the complaints from the staff.  Eventually, we came to a peaceful accord — that was because I had at that time the vice president of the United States visited Dobbins High School as he was running for president.  I also had my Eagle Scouts attend the event, [who] also invited the community.

As you have derived from the vast accomplishments and adventurous life of Charles Whiting, he has been blessed to experience many outstanding opportunities.  Whiting has also shared his gifts with the vast number of youths he has crossed paths with, especially his Eagle Scouts and Dawn Staley, one of his students at Dobbins High School.

cj is a poet, educator, motivational speaker, and inspirational writer who resides in Philadelphia. If you were moved by this piece, shoot cj a like or comment at [email protected].