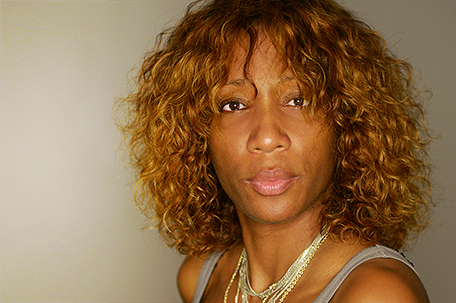 This week we’re shining a light on Oshunbumi Fernandez-West in honor of the recent 45th Odunde Festival celebration.

Fernandez-West connected with the Philadelphia Sunday SUN for a special one-on-one Facebook conversation to discuss how she’s managed to stay motivated during these challenging COVID-19 days, and about how she pivoted from  canceling  the  signature  event to recreating the production and delivering it on social media.

Fernandez-West — affectionately known as “Bumi”— is carrying the torch and keeping her family’s legacy alive as the CEO of the Odunde Festival. While balancing the demands of producing an annual festival, she is also the owner of Bumi Productions, an event planning company whose client list includes: PECO Jazz, Sunoco Welcome America, LFGA & Associates, and Universal Companies.

Fernandez-West has dedicated much of her time serving her community in various ways. In 2013, she became a member of Gov. Tom Corbett’s Trade Mission delegation to Brazil and Chile, and co-created  a festival to educate and increase awareness of the Kwanzaa holiday to the public with music legend Kenny Gamble.

When she’s not with her own children, Fernandez-West is mentoring others, yet still finds the time to execute and produce an elaborate, peaceful, and culturally enriching free community event for all to enjoy.

During the 45th Odunde Festival anniversary, Fernandez-West and her team were put to the test and experienced one of their most challenging years. Despite the obstacles due to the  coronavirus pandemic , she calmly stated, “I was not worried at all” and decided that the show must go on, even after announcing that it would be canceled.

“With Odunde, public safety is always our number one issue,” she said. “We always want to make sure people are safe. Given this current pandemic that we are in, we didn’t want to take any risks.”

The Odunde Festival is so much more than a Philadelphia staple; it’s the largest African American street festival in the country and the first of Philadelphia’s annual festivals that went virtual this year..

Though the city is proud to be its host, Odunde is truly hashtag “-for-the-culture.”

This would have been the first time in the 45 year history of Odunde that a festival would not have taken place  had Fernande-West went through with her original plan to cancel.

“Odunde” is a Yoruba word that means “Happy New Year.” Every year, the Odunde Festival draws vendors from not only America, but from an array of African and Caribbean countries.

After a bold executive decision not to cancel, Fernandez- West and her team produced a week-long interactive festival for thousands..

For the first time in its history,  people connected and enjoyed the festival on Facebook and Instagram. It was a memorable event, and yet still a culturally enriching experience, providing information as well as business opportunities, activities for health and wellness needs.  Somehow they even incorporated food!

“Everything happens in God’s timing,” Fernandez-West said. “I know that for me to go against that or try to fight that, I would be a fool. So what we did was, we just pivoted. In this environment that we live in  you must learn how to pivot.”

This year’s festival activities included a head wrapping class, an African cuisine class, a conversation with the CEO, yoga, and business forums.

To hear more from Fernandez-West about the 2020 Virtual Odunde Festival and how she pulled it all together, visit us on Facebook at The Philadelphia Sunday SUN and check out our SUN Spotlight post.