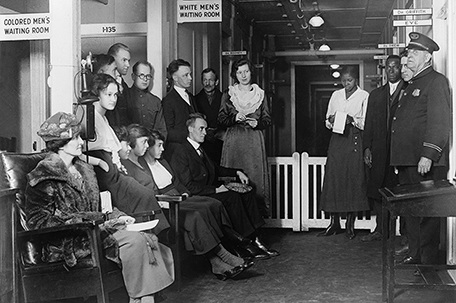 When I was in school, my teacher would do an exercise with us designed to develop our powers of concentration called “Pin the Donkey’s Tail.”

As part of this challenge, students were given a picture or scene that had a picture of a little boy next to a donkey hidden inside. When you found the boy and the donkey, you were to pin the tail on the animal, thus demonstrating that you saw the picture within the picture.

These days, I find myself asking if any of us see the picture within the picture? We supposedly live in a civilized, industrialized world, but how much is that costing us? It’s the question that Jesus posed 2,000 years ago: “What then does it profit a man, that he should gain the whole world and lose his soul.”

In his book, “The Price of Civilization”, Jeffrey Sachs asks this question regarding our politics and comes to the conclusion that the American political system has lost it’s ethical moorings. Between the skyrocketing costs associated with mounting the average political campaign, to the political action committees that push even more money into the political sphere and the lobbyists that shape our agendas and policies at the expense of the voice of the average citizen, it’s as if actual human values and quality of life have been sacrificed.

The foundation of any civilization is knowledge and inherent in knowledge is the idea that gives that knowledge energy and direction. As Americans, we are given a picture that paints freedom, justice and equality as the hallmarks of our civilization.

The real picture, one hidden by denial, paranoia and White supremacy, looks a whole lot different.

Before attempting to refute this assertion, we have to look at how this attitude formed the nation’s belief system in the form of the laws that made Black men 3/5 of a person under the Constitution. This became the formula for how a social group and everything they would do, own and participate in would be calculated.

After the Emancipation Proclamation was signed into law and the 13th Amendment became the law of the land and abolished slavery, Congress and White philanthropists began discussing the type of education the newly freed citizens would receive. Subsequently, it was decided that  industrial training would be their lot and a Negro elite would be established to maintain order.

In 1890, at Lake Mohonk, New York, a conference on the future of Black people, a conference in which no Blacks were allowed, by the way, was held. The conference was conceived by President Rutherford B. Hayes, who in 1877 conspired with southern Dixie-crats to remove federal troops from the South, paving the way for the emergence of Jim Crow laws.

The truth is, while Sachs believes the country has just lost its way, it’s been lost from the very beginning in all actuality.  The Founding Fathers created a country in which only Whites had any rights that required respect, never considering that the demographics of the country would change.

Unfortunately, the mindset of the founders still persists. The political world has taken the Black vote for granted,  stoking fears that Blacks must swarm to the polls to stop Donald Trump. When do we go to the polls to vote our best interests? Do we know what those interests are?

Black unemployment is skyrocketing and there appears to be no relief in sight. President Barack Obama’s jobs bill never saw the light of day and many of the jobs currently available are insufficient to maintain a family. Sending jobs overseas, providing no assistance to entrepreneurs in Black communities trying to create jobs, and unfair lending practices have created a perfect storm of poverty and urban blight.

The Black Community is often seen in the worst light socially—poor, dependent, frustrated, confused, despondent and clashing with law enforcement. I need only show the high number of killings nationwide to make my case that we are without worth or value to too many serving in the police department. We lack the resources for property upkeep, and our parks and recreation centers lie in desperate need of repair.

I know the picture we now see of America according to Sachs is that it is a nation in trouble. But how it got here is due to spiritual blindness. America’s founders couldn’t see that “As thou has done so shall it be done unto thee.” You can’t dig a ditch for one man to fall in and keep him there without falling into the ditch with him at some point.

It might be time for America to look at it’s current circumstances and pin the tail on it’s own donkey.

Willing ‘Souls to the Polls’