The Souls of Black Folks: Let us Unite! 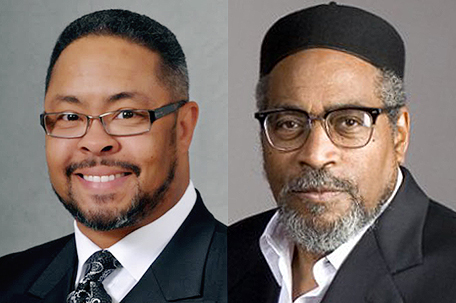 A study that monitored a single goose in flight rated the bird to travel at least 12 miles per hour. However, when this bird is united with other birds of its kind in the proper formation, these birds clock a fantastic speed of 70 miles per hour. Certainly aerodynamics explains what happens with wind and/or air currents, but the point is that without the individual bird willing to combine its own effort with others of its kind, none of the increase in speed is possible.

The Reverend Dr. Alyn Waller of Enon Tabernacle Baptist Church along with Kenny Gamble have begun such a process to increase the speed we have toward remedy. There are several issues plaguing the community, and there are several groups trying to bring relief to present — day social stresses. What was not happening, is the combining of our efforts with like minded individuals and groups to craft an organized, united approach to our issues.

Violence at epidemic levels denies us community safety, and though perhaps a reaction to other unfavorable factors, it has become number one in the call to action. Men haved agreed to go out to the streets on days designated and communities where we live to dialogue and bond with many particularly young men caught in the fatal grip of poverty and in endless cycles of violence. We can take a menace to society and make them a mentor for good. We can take one who is victimized, and change their thinking to become victors over their circumstances. This is a noble call. We don’t deny the high levels of both unemployment and income inequality, but you can’t make anything dead. We have to prioritize as we work together for social change and solution.

Currently, the Philadelphia homicide rate has us at 237 deaths; a 1 percent decrease over this same time period last year. Nationally, with homicide numbers exceeding 3,700 young people, 310 million guns have been legally purchased and owned. This comes to a stunning ratio of 90 guns to every 100 people in this country, and that’s not counting illegally owned hardware. Imagine the dangers faced daily by law enforcement and then think about men going into the streets unarmed, but bettered armed with a moral imperative. Something to be admired what Enon Church membership and the Philadelphia Community of Leaders have embraced as an immediate call to action.

Causes for much of the gun violence in Philadelphia has been coined “retaliatory violence” by Police Commissioner Richard Ross. Studies of gun shootings which are nearing 700 don’t necessarily examine motive but case studies show that 44 percent are due to arguments. When action and neighborhood level reaction to a given shooting takes place, statisticians are more inclined to agree with Commissioner Ross. If one wants to get ahead of a bullet and prevent the pulling of a trigger, then we must reach into the cause of the argument. We have to help those in disputes to find ways to deal with each other that first leaves both parties alive, and then encourage them to more on to something more constructive.

“Jobs” are the cry that would deal a death blow to street- level gun violence. I do believe that work can give hope, and curb some violence. However, I am not convinced that jobs alone, i.e. a pay check, would serve to check all violence. I serve as Chair of the Prison Advisory Board of Philadelphia County, and can assure you that there are too many younger men in jail that were working at the time of arrest. Not all for gun violence, but enough to prove my point that pay checks don’t stop people from hurting one another. Poverty can mark or color the thinking of an individual, and desperation can manifest actions that may not be normally seen in an economically stable community. Indeed, Bonny and Clyde, Pretty Boy Floyd, and John Dillinger were subject victims of The Great Depression in America during the 1930s. Deep poverty has set in Philadelphia, and I doubt seriously that any acts of desperation will be glorified in Hollywood or celebrated by society. Some of the evil that haunts us can’t simply be vanguished with FICA, FED tax withholding and NET PAY.  Society has grown less kind, less giving and has a worn thin patience as many are striving to keep afloat economically.

This is precisely why this effort of men united resulting the large breakfast gatherings by Pastor Waller and Kenny Gamble deserves applause. Every social dynamic says that most would not have the time or interest, but men came by the hundreds from every walk of life to see what we could do. Though it was called the “Million Man March,” nearly 2 million men gathered on the Mall in Washington DC in 1995. Philadelphia sent the largest contingent according to demographers and now like then like the goose in its desire to move faster to its destination, men are uniting to move at faster pace toward our destiny.

Thank you to Reverend Dr. Alyn Waller and Kenny Gamble. “Let us Unite.”