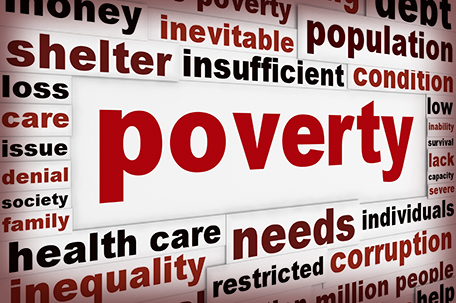 According to the dictionary, “symbol” is that which represents an object, quantity or reality. Substance, however, is the real meaning or essential part of something. Politics without economics is a symbol without substance.

Once I heard an analogy that politics is really an engine designed to advance your economic agenda. This should raise a great deal of interest because any social group failing to have an economic agenda and are represented in politics would be left demanding jobs. Another man’s economic agenda would give that social group its economic activity. For Black people to have our foot in the 21st century without a clear economic agenda is almost mindless. The Congressional Black Caucus has already endorsed a presidential candidate with no sound reason behind the endorsement except we have to stop Donald Trump.

The Pew Charitable Trust has recorded Black household wealth at between $5,600.00 to $7,400.00 and the average white household wealth at $113,000.00. How do we explain the wealth gap? Will a Hillary Clinton presidency bring parity to this dismal read? The recession of 2008 brought a tremendous setback for many Black homes resulting from foreclosures. Predictions show that mortgage denials will cost Blacks as a social group nearly 82 billion in wealth this approaching decade.

There are many theories as to how we arrived at this place on statistical charts. The truth is a combination of events caused this economic stumble. Many of the lands in the south that ex- slaves were to receive were taken and offered to European immigrants in the form of land banks. Resources given by government to make the new comers successful on the land, along with public education to accommodate illiteracy an academic deficiency all worked to buttress immigrants for a bright future. Simultaneously, Blacks had economics literally ripped out of our struggle for social justice. Black business on occasions was discouraged by those of us desiring an integrated world. When Ida B. Wells, one of the NAACP’s founders, opened a school for Black children in Chicago, she was attacked by the Black elite who felt that her efforts would send the wrong signal about our seriousness to integrate. Harold Cruse in his landmark work “Crisis of the Negro Intellectual” summarized that the Black movement was essentially Non economic and socialist in nature. A social group relying on government is more socialist than capitalist.

The absence of an economic presence in our own community has caused the economic multiplier (how many times the dollar turns in your area) to be less than one. Recent studies shows the dollar having a life expectancy in a Black neighborhood of six hours. There is little or nothing to build upon. Other communities demonstrate a dollar turning from 15 to 27 times (being spent in their own community) causing these areas to thrive and bear economic fruit. Just a few square blocks representing Chinatown in Philadelphia boast of creating and sustaining 7,500 jobs. There are no Chinese stores in Black neighborhoods run, managed or staffed by Black people. Black spending power shows math of 96 cents out of every dollar is spent outside that neighborhood. The remaining 4 cents is spent with non-resident merchants who successfully, daily draw millions of dollars out the neighborhood only to bank and spend that money outside the area of economic activity.

Between 1967 when there were only six members of a Congressional Black Caucus to more than 40 today, there is no plan to feed, house, employ or educate the people they represent. Yet we continue with what looks like power politics. Many state and federal races continue with promises to make life better for the middle-class and little said about the poor. When the poor are discussed we offer programs that only socially medicate people in their poverty, when the only program worth our time is one that lifts us out of our poverty. We have gone from 10 to excess of 10,000 elected persons to political office yet Blacks are 30 percent or better of the poor in the country yet only 13 percent of its population. Philadelphia has had Blacks in every top office in the city for a number of years yet poverty increased, deep poverty has manifested and we are number one of the larger cities with poor people.

I want to thank Sara Lomax Reese and WURD radio for devoting an entire weekend giving focus to this indispensible issue. Many voices weighed in with great insights to the whys and solution steps that would serve us better than our current course. I think there are well meaning people in elected office but no matter how well intentioned if you have no plan, agenda or strategy you have the politics but no economics. This is the agenda for better or worse, ‘symbol without substance’.

Black economics and the ultimate “Catch 22”