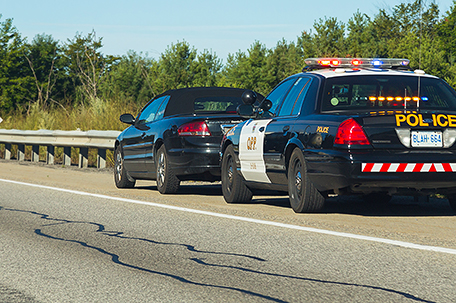 How many times have you been stopped by a policeman? Have you ever had the experience of being approached because you fit the description of a suspect?

Sure it sounds routine. But in America, if you happen to be a person of color, it could also be deadly.

On Wednesday evening in Baton Rouge Louisiana, an encounter between police and Alton Sterling a 37-year-old Black man in front of a convenience store selling CDs, turned deadly. Just hours after this tragic incident, 32-year-old Philando Castile, a Black man who was known and loved as a cafeteria supervisor for a Montessori school in Minnesota, was shot four times in a traffic stop.

In each case, the victims were licensed to carry firearms.

Police targeted Sterling because a 911 caller, later identified by CNN as a homeless man that had been asking Sterling for money, complained that he pointed a gun at them. He was on private property, property on which the owner allowed the deceased to sell CDs and had for a number of years. The owner, Abdullah Muflahi, videoed the police encounter with Sterling and from what we can see, it looks like an execution. Both police officers claimed their body cameras failed, so we’ll have to rely on footage taken by citizens.

We are pleased that swift federal intervention took place and especially that Louisiana Gov. John Bel Edwards took action to get the FBI involved. We see this measure as a means of minimizing opportunity for local law enforcement to muddy evidence and compound this tragic shooting with a cover up. The nation should watch this case closely.

Before I could catch my breath and wrap my brain around this story, another more devastating one developed only hours later. Philando Castile was stopped in Falcon Heights, a suburb near St. Paul, Minnesota.

According to an eyewitness account, the police officer told Castile to put his hands up. But when viewing the gut-wrenching video taken by his girlfriend Lavish Reynolds, who was also in the car, you hear her saying in a calm, steady voice, “You told him to get out his license” while the officer is screaming “I told him not to move!” at a level bordering on derangement. Witnesses say that at least four shots were fired at Castile, who died of his wounds minutes later.

According to St. Anthony police, there hadn’t been a police shooting in the area for 30 years.

Had Reynolds not streamed the events on social media, we’d have known nothing about what happened to Castile. In fact, much of what we know of the unjust killing of Black citizens in America would have gone unknown were it not for citizens recording law enforcement at work.

At a time when we live under the mantra “Black Lives Matter,” everything in America matters except Black life. I remember one of the first video recordings of those sworn to serve and protect was the savage beating of Rodney King and the subsequent acquittal of the officers involved. Now we have the recent history of Trayvon Martin, Tamir Rice, Sandra Bland, Michael Brown and the life of Eric Gardner was slowly choked out of him as we all watched on video.

We have to come to terms with law enforcement in this country that is unwilling to come to terms with the mental state of the officers it releases on the streets daily. The emotional spectrum ranges from extreme hatred and vitriol to desperation and fear. Both mental states disqualify anyone to be armed with a badge of authority. Among the things that have made some people want Jesse Williams fired from the popular show “Grey’s Anatomy” were remarks that he made during when accepting the BET Humanitarian Award that indicate that police deescalate and disarm white people every day, yet something the spate of recent incidents could have used.

The contradiction in Sterling and Castile’s cases is that each was licensed to possess and carry a firearm. The NRA should be screaming about the violation of their Second Amendment rights, but instead they are as silent as they were when the Mulford Act of California disarmed members of the Black Panther party for Self-Defense members. Gun advocates claim they want Americans to have the right to be armed, but have a problem with Black men joining the club. The NAACP advocates for an independent prosecutor in every case where a law enforcement officer shoots a civilian.

The simple truth is that we have a policing problem in America. If you’re a person of color in America, you pay a heavy price for your existence.

While most of us will wait for our change when we’ve paid too much for an item, you can pay with your life when it comes to a traffic stop or a 911 call.

If you pay with your life, nothing comes back.