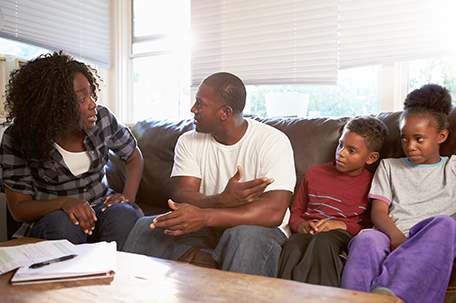 Blessed are the poor.

That difference is why I’ve entitled this piece “Blessed are the Poor.” I wanted to clarify that point. There’s a big difference between what some think Jesus said, and what is actually going on. Let’s make sure we understand that.

The sad fact is that one out of every four people in Philadelphia are living in poverty. The city’s current poverty rate has increased to 27 percent over the last eight years. Deep poverty, meaning that a family of three is trying to survive on an annual income of $9,700 has increased to 12.2 percent, twice the national average.

Work would be a good place to start since it’s believed that having a job is the best remedy for poverty.

If you believe that, you’re wrong.

We’re finding that many of the poor are working, but at just above $7 an hour, they’re still hungry and are sometimes living outdoors. The fight is not just to find work, but also to find work that plays a living wage. As the inequality gap widens, the life chances for many are slipping away. When globalization took manufacturing jobs abroad, that worked to destabilize once vibrant areas of manufacturing. Companies are hesitant to settle in cities that can’t provide a skilled work force. Technical advanced jobs and service industry professions are more the order work left to us.

Among the 185,000 Philadelphians in deep poverty are 60,000 children. Needless to say, that has an adverse effect on learning. Sixty percent of children in poverty qualify for child-care subsidies and most daycare centers in Philadelphia don’t qualify. The average child in Philadelphia starts school two years or more behind academically, crippling their chances to gain meaningful employment later in life. Studies in the achievement gap show poverty in zip codes that promise quality development delays to scores of children.

It’s easy to see that huge gaps in education, and huge gaps in income will result in wealth inequality. Blacks represent 44 percent of the city’s population and nearly one-third of the city’s poverty rate. The steep climb we face to change these statistics requires a focused fight for inclusion in the robust economic activity taking place throughout the city. Returning to the classroom to qualify for better jobs is not an option, but a duty for many of us. After attending primary and secondary school, there is no reason why Philadelphians should be falling short of the academic requirements needed to pass the entry exams needed to enter, for example, the building trades. The health care industry is almost bullet proof from an unemployment standpoint. There are several career paths just waiting for us to be certified in that don’t require years of training.

Universal pre-K is a needed remedy, as 90 percent of a child’s brains develops between 4-5 years of age. You don’t get another chance once this critical period is squandered. Studies show that children must enter kindergarten with pre-literacy skills to get favorable outcomes. Children that benefit from early child development are shown to stay in school, have better employment prospects and escape many of the societal pitfalls and, as I call them, 20th century booby traps. The proverbial pipeline from third grade to prison must be cut.

I remember when then President Lyndon Johnson declared the “War On Poverty.” When the machine for that “war” rolled out, every dollar earmarked for the poor was split so that only one-third of the money actually went to the poor, and the other two-thirds going to pay the professionals who allegedly look after the poor. This formula only maintains people in an impoverished state with gatekeepers whose livelihood hinges on them staying that way. We need a smart policy that lifts people out of the conditions we find them in.

We cannot live our lives as if certain neighborhoods in Philadelphia don’t exist. The tourism and hospitality industry trains us to proudly expose visitors to parts of the city while leaving others out of sight. You don’t become a world-class city fixing up only certain sections of the city while neglecting others. We can’t be satisfied with a few living in opulence and larger portions of our society living in squalor.

Finally, the only thing worst than poverty is the acceptance of poverty as normal. Jesus knew that poverty was an unnatural state of living this and demonstrated that poverty is a spirit. Long before governments existed man, woman and family were here. The measure of good government is how well it serves as a steward over the family.