Sony and the Sociology of Racism 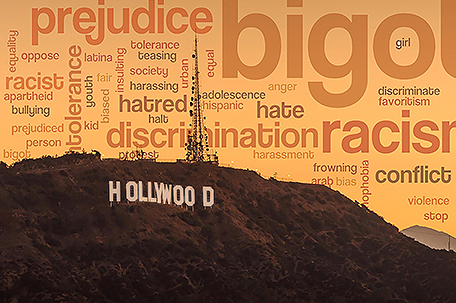 As a result of the North Korean-related hacking of Sony’s computer system, certain “racist” emails of Sony executive Amy Pascal were made public. This may appear as an isolated incident of racism amongst individuals. But it offers opportunity to uniquely examine certain aspects of the “sociology of racism” that not only fester in entertainment, but extensions of this same sociology have historically led to deadly consequences in the streets of America when black men encounter law enforcement.

By “sociology” I am simply referring to America’s sum total of ethnic and cultural distinctions and exchanges; shared and conflicting beliefs, ideals, and values; common sociopolitical influences; and the human actions, ethos, and consciousness that publically and privately shape American society, institutions, and government.

Among Pascal’s emails were “jokingly racist” comments that President Barack Obama probably liked Kevin Hart, along with the movies 12 Years A Slave, Django, The Butler, and Think Like A Man. She thereafter launched an apology campaign, topped with a meeting with Al Sharpton where he scolded her about the “lack of diversity” in movies (which is inarguably relevant yet arguably impertinent to the impetus behind her comments). White House spokesperson, Josh Earnest, said her apology was “appropriate.”

But wait, Hollywood is no longer producing Sambo-like movies that cast blacks as dimwits . . . are they? So what requires apology? Think about it . . . Kevin Hart can sellout just as many or more arena seats to mixed audiences as any comedian, black or white. And every movie Pascal mentioned was a relative box-office success on its own cinematic merit.

For the record and despite “lack of diversity,” 12 Years A Slave earned $188m worldwide and won numerous awards, including Oscars for “Best Picture of the Year” and “Best Supporting Actress” by Lupita Nyong’o, who People magazine subsequently dubbed “Most Beautiful Woman in the World.” Django had blockbuster earnings of $425m worldwide and starred former Oscar winner Jamie Foxx. The Butler earned $177M worldwide and starred former Oscar winner Forest Whitaker and billionaire-extraordinaire Oprah Winfrey. Think Like A Man earned $96M worldwide and was based on Steve Harvey’s book that ranked #1 on The New York Times best seller list.

So beyond box-office and star-power, some other veiled criteria must lurk behind the scenes of these movies that render Pascal’s apology “appropriate.” To wit, the unidentified elephant in the room that drips with racism, relates historically to America’s unarticulated but implicitly understood “sociology of racism” that places definitively higher values on ideals, interests, and institutions that are white, Anglo, Protestant or Jewish.

In this vein, had she said that Obama or any other president “liked Tina Fey, Adam Sandler, or Seth Rogen movies,” it would be a nonstory. Not because they — or even white actors from the past — are more talented per se than their black contemporaries. But because there’s a qualitatively greater premium that is always assigned increasingly to the sophistication of white movies, the significance of white actors, and the affluence of the white audiences they draw.

So the goal of equal validation of blacks (via diversity) is really a phantom pursuit because the goalposts are continually moved out-of-reach, in relative and incremental measure, to assure that white accomplishments signify the apex.

But it neither begins nor ends there. Understand that this sociology is four-centuries in the making. Its implications and evidence saturate society on multiple and widespread levels, whereby a diminished worth has been historically and intrinsically equated to the black experience as a whole . . . black ethos, Black History, black culture, black leaders, black lives.

Extreme frictions from this sociology help explain existing racial tensions of why Americans of all races are now protesting nationwide against such desensitivity, while displaying placards in 1960’s-fashion, stating: “Black Lives Matter.”

However, to enact concrete systemic change, people should be mindful of implementing a collective approach that recognizes the origin of this 400-year sociology, as opposed to protesting against its symptoms and outgrowths. But this becomes problematic because, any effort to confront the source and substance of this sociology head-on, would be viewed as too subversive. This, in consequence, would interrupt the government access and corporate revenue streams that prop-up certain black leaders, who would then have to put a “For Sale” sign on their operations.

Whether shooting movies or shooting black men, there are ingrained sociological and systemic elements that underlie and desensitize government and society. So within this historical unfoldment, neither Amy Pascal nor Sony is the problem, and holding meetings about diversity and police body-cams is not the solution. Hopefully though, messages like this will garner proper consideration so that black America will not have to rely on more hackings from communist North Korea as the next best hope to prod America to become an all-inclusive democracy in the truest sense of the concept.

Ezrah Aharone is an Adjunct Associate Professor of Political Science at Delaware State University and the author of Sovereign Evolution: Manifest Destiny from Civil Rights to Sovereign Rights and Pawned Sovereignty: Sharpened Black Perspectives on Americanization, Africa, War and Reparations. His forthcoming book The Sovereign Psyche will be published in the spring of 2015. He can be reached at www.EzrahSpeaks.com.