Sick, tired, and hopeless: Accepting the racial realities of being Black in America 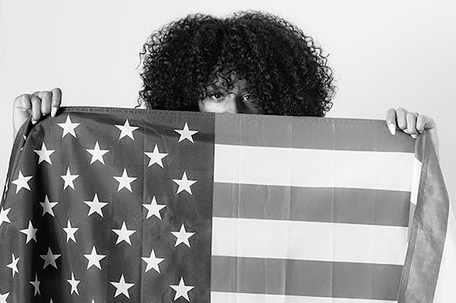 I can no longer witness the senseless murder of people of color by the police without breaking down in tears. The recently released video that captured 50-year-old Walter Scott being shot in his back eight times as he attempted to run away from White police officer Michael Slager in North Charleston, South Carolina leaves me on the verge of constant emotional breakdown. My stomach tightens with the thought that this man was gunned down in broad daylight and left to die face down, hands handcuffed behind his back. My jaw clenches in anger at the thought of the thousands of people who will rush to defend the officer who committed this heinous offense, many of whom will raise money to support his “cause”.

As I sit writing this piece in a public space, others look on inquisitively as my tears stream down my face and land on my keyboard. The emotional toll America’s racial inequality and discrimination have taken on me is undeniable. At times, I feel more than just depressed; I feel hopeless. Sadly, that hopelessness cannot be defeated with intellectual persuasion. As a 25-year-old Black woman, both my experiences and studies have taught me that my position in American society may never truly be elevated. Black people will forever remain second-class citizens in the United States of America, denied our basic human and civil rights—like the right to survive encounters with the police.

I often fear that I may not have the emotional or mental fortitude to challenge that assertion.

My family immigrated to this country when I was 4-years-old. By the time I became of age to enter the school system, I was quickly indoctrinated into an ideology that preached equality for all. America was the land of the free. I was taught that despite the history of genocide, slavery and legalized institutional racism under Jim Crow, the inalienable “rights” touted in the Constitution would extend to me, because my Black ancestors fought hard and gave their lives for my freedom. This “logic” was supported by the fact that people who look like me were no longer slaves and our ability to freely enter spaces that were no longer divided between “White” and “Black” without fear of retribution or repercussion. This freedom was further seemingly upheld during my daily recitation of the Pledge of Allegiance, which promised a land “indivisible, with liberty and justice for all.”

However, my own experiences in this country have revealed a different truth.

“Mom, why am I the only Black kid in my AP biology class?” I questioned my mother one night over dinner. I wanted her to explain to me why all of my friends (who happened to be Black or Latino) were in classes labeled “remedial,” while I sat amongst mostly White peers in higher level or honors classes. She shook her head and sucked her teeth—a gesture of support—but didn’t offer a word of insight.

It wasn’t that she was trying to avoid ruminating on how our educational system was built to fail people who look like me. In fact, my mother was a woman who never minced her words. Instead, she offered her own experience with racism.

“One of my dying patients told me not to touch her with my n—-r hands,” she recalled after a long hospice shift as a nurse. This was meant to serve as warning to her three children that racism was still alive and well.

“Well-to-do White people don’t even know Black people exist but to do their chores,” she explained, a lesson learned from her early experiences as a nanny when she first came to the country.

In that particular instance, as we sat by the dinner table, she just didn’t have the energy to dissect the complexities of America’s racially stratified and segregated school system. She had enough to deal with as a single, working-class parent of three children. Between tirelessly working night and day shifts, moving from state to state in search of good educational and work opportunities, and avoiding “bad” neighborhoods rampant with drugs and gun violence, there simply was not enough time to invest in deconstructing the matter. All she could offer was condolences and understanding. And all I could do was bear witness.

In time, my mother’s and my own experiences began to teach me that the idealized, tolerant, accepting America I was educated to believe prevailed was more of a figment of our forefather’s imagination than the reality for many Americans. I witnessed the fall of the World Trade Center that spurred Islamophobic attacks on Muslim people who were stereotyped as “terrorists”. My family was priced out of good neighborhoods as they became gentrified and no longer accessible to people of color. I moved between “good” mostly white schools and “bad” overcrowded ones, which were predominantly populated with students of color. Yet, to some extent, my mental health was still safeguarded all throughout adolescence by naiveté and a “post-racial” ideology that made Barack Obama its spokesperson. Growing into adulthood and going to college allowed me to delve into statistics and studies about racial inequality that tore the shield away.

My education forced me to face the reality that I, and the rest of America, continuously tried to run away from: the insidious, inescapable reality of structural racism. And with this education, I entered adulthood and the working world where I was exposed to the harshest cruelties and truths:

Black womanhood is to be mocked and degraded.

Black men are reprobates made for imprisonment.

Black feelings do not matter.

Black people exist and have always existed on a financial precipice, on the verge of falling from any kind of stability at any moment.

Black success hinges on acceptance from a people that view us as inferior.

Black skin gives reason to fear, kill, and dismiss us as being human.

Black lives do not matter.

And American history tells us nothing will change that.

Generation after generation, the vicious cycle of America’s racism recreates itself with an unrelenting fury. Stereotypes of Black people who have their roots in antebellum America are only subtly reshaped and constantly redistributed by the modern media. The financial success of Madam C.J. Walker right on the heels of slavery’s end looks no different compared to Oprah’s modern financial empire, and neither negate the fact that most Black people were and continue to live in poverty. The mass incarceration and disenfranchisement of African-Americans after the Civil Rights Movement looks eerily reminiscent of the Reconstruction era when Black educational and financial gains were eroded by a White supremacy that rallied against us with unfair legal practices and state-supported terrorism. Schools named after Black America’s greatest leaders are mostly failing and still segregated. The ghettos created to trap Black people continue to exist. And white ignorance and justification for these atrocities continues to replace true acknowledgement or action.

As the anger, hurt, and resentment continues to rage inside of me—fueled by feelings of inadequacy, disappointment, anger, helplessness, and (strangely) entitlement—I find myself constantly grappling with an overwhelming sense of hopelessness. I have forfeited belief in America’s propensity for meaningful, everlasting change. And I emphasize the word entitlement because as a Millennial, I was led to believe that people of color were entitled to full citizenship; to have their rights and humanity respected. It is upon that mistaken foundation I laid my understanding of America and my position in it. Now I must not only deal with the unsettling realities of racism, but I also find myself mourning the loss of the American life which I was promised by a “post-racial” society, but may never have the opportunity to attain. I am too worn to do so while maintaining the guise of full emotional investment in the fight for Black advancement.

With every new headline about a police shooting or other racial transgression, I am forced to confront that deep-seated pain. I fear that pain may be my connection to my Blackness, the roots that connect me to my ancestry and history, my burden to carry for the rest of my time on this planet. That it is the reason why Fannie Lou Hamer’s statement—”I’m so tired of being sick and tired”—resonates with me so deeply. It speaks to the part of my soul that no longer wants to fight and no longer wants to believe in change, even if the choice to do so will only drown me in hopelessness.

I’m still waiting for the rest of America to get sick and tired of its insidious racism.

Tiffanie Drayton is a writer, journalist, and regular contributor to For Harriet.

The harsh realities of being Black in America