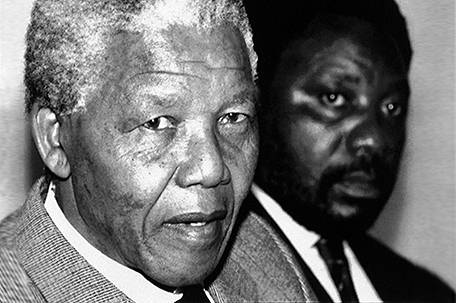 The U.S. government’s ambivalence about Nelson Mandela again stood in sharp focus in the hours immediately after the global icon’s death. Former Vice President Dick Cheney was blunt. He said that he did not regret his no vote as a GOP congressman in 1986 on a bill that called for the release Mandela and other South African political prisoners from South Africa’s jails. Mandela was then serving a decade’s long sentence under South Africa’s ruthless and repressive anti-terrorism statutes. The unapologetic Cheney didn’t stop there but gave the distinct impression that if he had to do it all over again, he’d still vote to keep Mandela behind bars.

Cheney wasn’t, and maybe isn’t, alone in the still unrepentant stance against Mandela decades later. Several other GOP Congressmen who were in Congress then also voted to keep Mandela behind bars. They have given no public indication of any regrets. This hard-nosed attitude stood in marked contrast to the heartfelt and gracious tribute by President Barack Obama to Mandela’s memory and legacy and the immediate order to fly the nation’s flags at half-mast in homage to Mandela.

However, the official embrace of Mandela can’t wash away the long history of official shame and disgrace toward him. Contrary to belief, the malignant treatment by the U.S. of Mandela didn’t end with his release from prison in 1990, the official unbanning of his African National Congress, or even his becoming the first democratically elected President of South Africa in 1993.

It didn’t end when he took the rare, tactful and universally praised step of stepping down from the presidency in 1999 after one term. It didn’t even end as then Democratic presidential candidate Obama in 2008 inched close to his election as America’s first African-American president.

The U.S. government still continued to brand Mandela a terrorist and the ANC a terrorist organization. The insidious tag on Mandela chilled U.S. relations with Mandela and the South African government even after the power takeover by blacks. The chill began with the Reagan administration’s well-documented fierce resistance to the demand that corporations and non-profits divest their financial investments in South Africa, and the administration’s refusal to support UN and international trade sanctions and an arms embargo against South Africa. The Reagan administration’s line was that the ANC was Cuban-backed and posed a communist threat to South Africa and by extension U.S. investments.

Mandela by then was well into his second decade in prison on Robbin Island, posed no threat to the South African government, and had no direct say in the political or military operations of the ANC. Yet he was still regarded by the Reagan administration as a dangerous subversive. Mandela’s release from prison, the recognition by the apartheid government of the ANC, and his subsequent presidential election changed little, except the terminology of how Mandela was tagged.

This dovetailed with the U.S.’s shift to the global fight against terrorism. Mandela instead of being a communist and a subversive simply had the terrorist label slapped on him. Though Reagan had dumped him and the organization on the terrorist watch list in the 1980s and it stood unchallenged during those years. It took a concerted effort by civil rights activists and many congressional Democrats to end the political targeting of Mandela. But it was not a slam dunk. As late as 2007, ANC officials, and that included Mandela, who sought to travel to the U.S. still had to get a State Department waiver or special certification in order to enter the country. Mandela had to get that even for his White House visit with George W. Bush in 2005. An embarrassed Bush administration in April, 2008 finally urged Congress to remove Mandela and the organization from the terrorist watch list.

With a big prod from the Congressional Black Caucus, Congress finally voted to remove the then 90-year-old (and Nobel Prize winner in 1993) Mandela and ANC from the U.S. government’s official terrorist watch list. But even the language of the bill that removed him from the list was hardly a full-throated, ringing praise of the ANC and Mandela, or a disavowal of the disgraceful history of his treatment. It did not acknowledge the towering role and stature of Mandela in the fight for justice.

It simply said that it would add the ANC to a list of groups that should not be considered terrorist organizations. The closest Congress came to repudiating the official maltreatment of Mandela was then Massachusetts Senator John Kerry’s retort that it was “a great shame” that his name was on the watch list.  Former Sec. of State Condoleezza Rice, for her part, followed this and called Mandela “a great leader.”

Bush promptly signed the bill in July, 2008 after Senate passage. A shameless Cheney while defending his vote to keep Mandela locked up did manage to admit that he now thought Mandela had “mellowed” and even praised him as a great man. That is easy to say after his death. But the lauding of Mandela can’t erase the government’s prolonged disgraceful treatment of Mandela when he was alive.