Republicans with blood on their hands 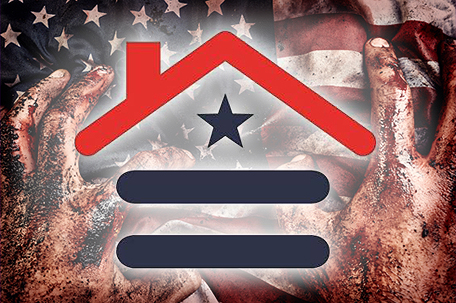 Last week, the Philadelphia Gay News reported that the local chapter of the Log Cabin Republicans (LGBT Republicans) are going along with the national organization and endorsing Donald Trump for re-election.

Now, before you ask what most are thinking: “How can any LGBT person support the Republican party these days, which is as homophobic as it comes and, even worse, support Donald Trump, who has literally destroyed the few LGBT rights we have gained in the last 50 years?” the answer is simple — Log Cabin Republicans literally put our community last among their priorities, which speaks volumes about their self-pride.

All LGBT media have a responsibility to cover our entire community, including LGBT Republicans, but this story showed a contrast to previous elections and not one you’d expect. When George W. Bush was running for re-election, the national Log Cabin Republicans organization endorsed him, but, with pride and their heads held high, the Philadelphia chapter stood their ground against homophobia and stated that they would not endorse a president who not only wouldn’t advance LGBT issues but also ran a campaign that was anti-LGBT marriage. You remember those famous words, “Marriage is between one man and one woman.” The Bush administration even attempted to put marriage equality measures on as many state ballots as possible.  Philadelphia’s LGBT Republicans held their heads high and said enough is enough.

Trump is a thousand times worse than Bush, and if you support him, you should hang your head in shame. You should be shameful not because you’re a Republican, but because you support those who roll back our rights.

It would be fine to be a Republican and stand with pride as a conservative and try to get Republicans to appreciate LGBT rights. But LGBT people who support Trump are like what the Black community once called Black individuals who supported the status quo Uncle Toms.

Also of note: one of the architects of Bush’s anti-LGBT campaign was a gay man named Ken Mehlman, who, at the time, I wrote, “had blood on his hands.” I wrote that knowing that LGBT youth would see all of the homophobia proffered by their president and many would face bullying, or worse.

Mehlman eventually owned up to his “errors.”  But the damage to those coming out was already done.  Supporting anti-LGBT campaigns hurts those who are attempting to appreciate who they are. It also denies people in many states employment, housing and public accommodations protections. What would provide those protections? The Equality Act, and one man is standing in the way of its passage:  Republican Senator Mitch McConnell. Even if he allowed a vote, Trump wouldn’t sign it.

My mantra this year: I don’t care which Democratic candidate you currently support, but once someone is nominated at the National Convention, you need to not only support that person, but also get out and vote for them. Otherwise, you’re as bad and self-loathing as those in the Log Cabin Republicans organization.

Mark Segal reflects on the 50th anniversary of the Stonewall Riots