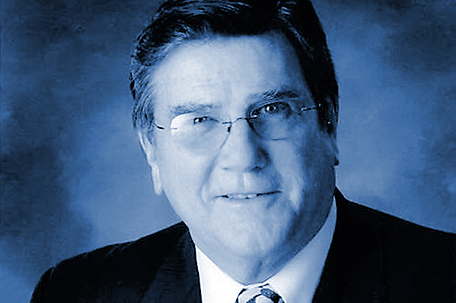 By A. Bruce Crawley

Patrick Gillespie, who passed on August 29, was, of course, the iconic business manager of the Philadelphia Building and Construction Trades. He was a very strong, and outspoken supporter of the local union construction workforce, and of most things related to organized labor.

Prior to meeting Pat, I had already decided that I could never like or respect him, never understand his philosophies with regard to workforce development, and certainly never agree with any public position he might take on the creation of — and access to — jobs in our city.

In 1987, Pat and I both wound up serving as board members of the Philadelphia Convention and Visitors Bureau, where its Multicultural Affairs Congress (MAC), began a focus on expanding Philadelphia’s national share of convention-related business and related, local minority procurement opportunities. It was difficult to miss, however, the clear disconnect between the growing number of economic opportunities that were being created by the Bureau’s business-building efforts and the historical lack of access to private-sector and union-influenced employment and procurement opportunities for people of color.

Outside of those Convention Bureau board meetings, therefore, Pat and I began to show up, and “bump heads” early on — at the same construction sites, the same public forums and the same City Council hearings on municipal job and procurement opportunities. It was through those often-contentious sessions that I really began to know Pat.

I found him, surprisingly, to be no less a fair and logical advocate for the union and workforce members that he represented, than we in the MAC were beginning to be for the diverse workers and business owners who had been shut out of meaningful opportunities in the local hospitality industry for so many years.

Over time, we found ourselves sitting at the same tables — month in and month out — discussing how we could sustain opportunities for his constituents and union members, while at the same time exploring how the City’s hospitality industry might grow overall and compete more effectively with other East Coast and national destinations. Our plan was to “grow the pie,” by attracting more Black and other diverse meetings and conventions to the City. It all worked in an award-winning way, and hotel general managers, restaurant owners and regional attractions began to see the economic logic — and increased cash flow— that resulted from our collective, more-diverse approach to doing business.

I would be the first to admit that the overall, nationally recognized MAC initiative would have been substantially more difficult, if not impossible, to implement, in our City of Brotherly Love, if the head of the Philadelphia Building Trades, Pat Gillespie, himself, had not eventually become one of the program’s most unexpected, visible and staunch supporters.

I’m proud to say that Pat and I, two old Catholic school war horses, even managed to strike up a mutual respect and friendship through the process.

While I am not the most religious or spiritual person in the City, I can say with every confidence, and without fear of contradiction, that God only made one Pat Gillespie, and that Philadelphia will have an extremely difficult time in trying to replace all that he represented for our region.

We certainly join his wonderful and no less outspoken wife, Arlene, his children and other family members in mourning his all-too-soon passing.

We’ve already begun to miss you.