Why I reached out to Russell Simmons 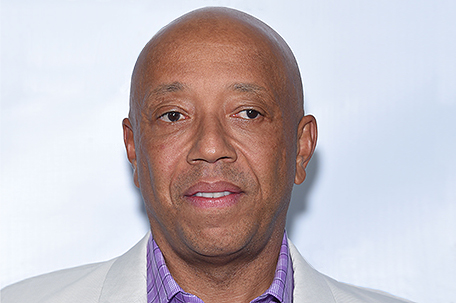 One week before screenwriter Jenny Lumet gave a very graphic account in “The Hollywood Reporter” of her allegation that music and TV producer mogul Russell Simmons sexually assaulted her, I had reached out to Simmons. We have the same interest, no, passion, in and for yoga. I’ve been a practitioner of it for several years and Simmons has been a virtual one-man crusader for yoga, spreading the gospel of its many physical and metal rejuvenating benefits far and wide. He has opened a popular yoga studio in West Hollywood. My interest was solely in exploring ways to collaborate with him on further promoting yoga as a practice in inner city communities.

But Lumet’s allegations stopped me dead in my tracks. I have a hardline on sexual abuse and have devoted a countless number of my columns over the years to blasting the long-running hideous, self-serving history of duck, dodge, denial and out and out hypocrisy by legions of politicians, artists, entertainers and top dog religious leaders when confronted with their sexual crimes. Their storehouse of lies, armies of enablers, batteries of attorneys, and a largely disinterested, and worse, disbelieving public, have enabled them to skip away scot free with little damage to their professions, careers and standing. Comedian-actor Bill Cosby partially changed that. Harvey Weinstein fully changed that. Men from top to bottom are under the long-awaited, and much needed, media, corporate and legal looking glass.

Simmions is no different. The truth of Lumet’s allegation against him is yet to be determined. But what has been determined is that Simmons, have many high profile, wealthy, connected men, has played fast and loose with the rules of engagement on sex. There were women — lots of women — and the temptation was simply far too great to resist. They were fair game to him. 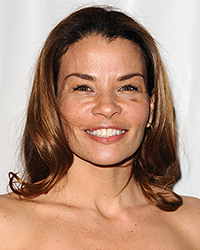 However, this is where Simmons is different and why after an agonizing soul search about him and his alleged act, or acts, I could applaud him. The applause is for his fully taking responsibility. He immediately issued a statement that did not try to sleaze out of the allegation with the usual ploys prominent men use when nailed with a sex charge. One is to turn the table and try to smear the integrity and veracity of his accuser. Another one is to loudly profess their innocence. Another is to do the he said, she said ritual tap dance denial. And yet another is to simply say absolutely nothing.

Simmons in his public statement admitted that sexual abuse is a vicious and pernicious stain in American life, and that women have suffered mightily from the decades of victimization. He admitted that men such as himself may have caused much of that pain. Finally, he publicly declared that he would relinquish involvement and operation of his lucrative business interests. No tears need be shed for him on this. This does not mean that he will reduce himself to sack cloth and ashes. He will still be a very wealthy, powerful and connected man in the entertainment industry.

Finally, he did something that especially caught my eye and heart. He said that he would seek atonement, healing, and perhaps redemption — from what he and I hold dear — that’s yoga. He would do that by converting his studio for yogic science into a non-profit center of learning and healing.

Simmons provided a template for other men caught with their sexual misdeeds down. That’s confront their deeds, admit the pain it caused, and spare no effort or expense in embracing the fight to end sexual abuse. Simmons publicly did that. But then again, this is what I would expect from a guy who truly believes in the spiritual healing power of yoga. This is why I reached out to him and this is why I will continue to do so.

Earl Ofari Hutchinson is an author and political analyst. He is a regular columnist for the Huff Post. His latest book is, The Trump Challenge to Black America (Middle Passage Press). He is a weekly co-host of the Al Sharpton Show on Radio One. He is the host of the weekly Hutchinson Report on KPFK 90.7 FM Los Angeles and the Pacifica Network.