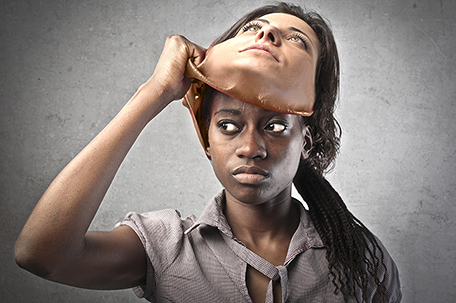 Another day, another senseless killing. These days, firsthand experiences with covert racism make defensiveness not just understandable, but warranted.

There is a tendency to respond to racialized tragedies with a sudden effort at self-reflection – an attempt to quantify our collective attitudes on race for clues as to why, yet again, we must somehow make sense of the senseless killing of a black teenager. Of the numerous recent polls that measure American perceptions of race, nearly all arrive at the same conclusion: overwhelmingly, white Americans not only believe that race is far less a factor than reported in incidents of police violence against young African-American men but that, in essence, black people are pretty much making this whole racism thing up.

Then there are the consistent and, in some cases, admitted, political dog whistles to race in immigration debates, and racism against Hispanics that serves as a barrier to assimilation. Perhaps most alarmingly, anti-black and anti-Hispanic sentiments have increased in recent years.

That racism is so rampant might seem unfathomable to most white Americans, but the evidence is undeniable. The devastating consequences of racial bias are frequently underestimated even by white people who consider themselves allies – and often in the face of irrefutable proof. For many white Americans, exemption from systemic racism renders it invisible, and the sheer enormity of America’s “race problem” further stretches the boundaries of white imaginations. But racism is not just far more common than white Americans think, it is so pervasive – so unimaginably insidious – that people of color themselves are often unsuspecting victims.

A spate of recent cases that have made national news offer a few telling examples. There was the African-American woman who, frustrated by the lack of success in her job hunt, decided to disguise her virtual self as a white woman, only to have offers begin pouring in. Similarly, job seeker José Zamora’s résumé failed to garner a single response until he anglicized his name to Joe, after which the callbacks began. Preeti Singh, an Indian writer living in the United States, says that after three months of radio silence from literary agents, she decided to make a single change to her query letter, altering her name Pat Smith. Several of the agents who had not even bothered to reply suddenly wrote expressing interest in Pat’s novel.

And in a segment last year from “This American Life,” a New York City housing discrimination “tester” – a young African-American woman who poses as a potential renter to uncover racial bias – described a super who seemed genuinely apologetic when he told her his building had no vacancies. She later discovered he’d shown a one-bedroom to a white tester later the same day. Prior to that incident, she’d considered herself someone who could capably detect racial prejudice, but in this case, she’d failed to sense it. “Does that mean I’m misjudging other people?” she wondered. The experience forced her to reassess every interracial interaction in her life.

Every person of color in America has a variant on that story. Revelatory personal experiences with covert racism – the most common variety of racism today – not only refute the idea that racism is over-reported, or that people of color are hypersensitive (or, worse, paranoid); they create justifiable grounds for suspicion in future racially “iffy” situations. These experiences are the reason, as a person of color, you may find herself in line wondering if, say, the cashier also asked the white woman in front of you for her identification with her credit card. They are the reason that you might want evidence that your dry cleaner also requests that all white clientele pay at drop-off.

Firsthand experiences with covert racism shake our faith in what we see and raise questions about how often we unwittingly experience the effects of bias. From this perspective, racial defensiveness is not just understandable, but sometimes warranted.

A close friend of mine from college, a Korean-American man who has been living and working in South Korea since graduation, visited me in New York City a few years ago. Over drinks, as we talked about the things he missed about the States, I wondered aloud if he might ever move back. He paused briefly before answering. “When I’m in a store in South Korea and the owner’s being an asshole to me, I know that person is just an asshole,” he said. “But here, you never know. That ambiguity is always there.”

In many ways, he was speaking to perhaps the greatest privilege granted to white Americans: that of resting assured that, when another white person is being a jerk to you, you can wipe racism off the list of reasons. It is, I’m sure, a reassuring certainty. And one that many of us will simply never be afforded.

Kali Holloway is a freelance writer and independent documentary film producer. She lives in Brooklyn.