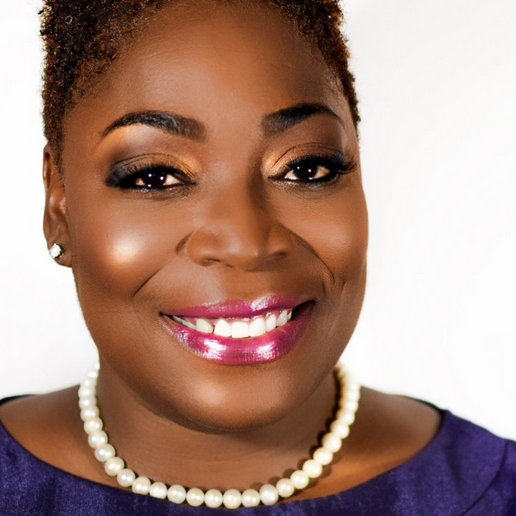 In late 2002, I was part of a cohort of parents being trained on how to navigate schools that lasted six months.

That course changed the trajectory of my life in a myriad of ways, but it was one of the women training us who left an impression that I will never forget.

You see, she spoke eloquently about diversity and its importance in our lives, and that it was that very diversity of cultures, that led her to choosing the neighborhood she lived in. As she spoke in a gentle manner and smiled, something about her, gave me pause. I was soon to learn why, even as she did and said all the right things —  so she thought.

In one particular session, she remarked that Black children, in her opinion, are just not as smart as their White counterparts, even taking into account that some are living in nicer neighborhoods like hers, and that their parents are professionals who can afford homes ranging from a quarter million dollars and up. That data, she claimed, speaks volumes about the ability of Black children to keep up with their White counterparts and on and on.

She was also quite derisive, remarking that Black people had their children way too early, and she just could not understand why. It offended her so!

I looked at her and chuckled. She stopped short, and asked me my thoughts. When I was through refuting and debunking what I considered to be utter garbage, she was never quite right with me after that.

I lost no sleep over it, and went on with my life. When a mutual friend of ours told me she was shocked to learn that my sons had graduated from college and were doing well because, “she did not expect that much from them,” I laughed.

While she would say as a Jewish woman how much Jews and Blacks historically had in common, she clearly wanted to delineate that academically, Black people could not hold a candle to her people.

Luckily, I had enough sense to not judge all Jewish people based on her behaviors, and went on to have many friends from that culture over the years with zero qualms. She will remain nameless here, but know, this is a personal experience I had.

Here is my issue — I’ve been witness to more than a few folks from the Jewish community who feel the way this person does, and more of them have been popping up in very public spaces, and the National news saying the most awful things to other minority groups!

Amy Wax, who is a tenured professor at the University of Pennsylvania — one of the most elite learning institutions in the country — first gained our attention in a May 2018, USA Today article, where she alleged that Blacks never graduated at the top of their law classes, and barely made it in the top half.

At the time, her wings were clipped back then by one brave man, a dean at the law school, and she was restricted to teaching electives only, so no one would have to be forced to take her classes after she refused to take back her statements.

That clearly was not enough.

In a July 18, PhillyVoice.com article, Wax popped up in the news again. This time, she went on to claim ‘that immigrants are too loud and responsible for an increase in ‘litter’, and that the USA would be better off ‘with more whites and fewer nonwhites.’

“Conservatives need a realistic approach to immigration that preserves the United States as a Western and First World nation,’ she was quoted to have said on the panel. ‘We are better off if we are dominated numerically … by people from the First World, from the West, than by people who are from less advanced countries.”

Just in case you missed the meaning of what she said, she wants the United States to severely curtail entrance to people of color, and give more numerical preferences to white folks because… draw your inferences here.

There was an immediate backlash from many Penn alumni, and rightfully so — but where is the Jewish community’s voice in this? Where are the synagogues who are espousing peace and safety? Is she not a very public figure? Silence here simply does NOT work, when such divisive language is being spewed.  This is not the time to be clucking disapproval in a private way.  What is being done to openly challenge one of your own?

Marc Lamont Hill, testified in November of 2018 at a United Nations assembly, criticizing Israel for evidenced atrocities in Palestine, and was quickly fired from his job at CNN, AND the President of Temple University censured him harshly, after failing to fire him as a tenured professor. Believe me, he TRIED and in a very public way, to get rid of Hill. While he (Hill) kept his job, it was not without facing a firing squad from the top. He did not walk away unscathed from his comments.

Professor Wax — at least from what we can see publicly — is enjoying the freedom of tenureship. Penn issued a generic statement last week when asked to comment, which read, “As a member of the faculty Professor Wax is free to express her opinions as provided in Penn’s policies protecting academic freedom and open expression. It is also the case that views of individual faculty members do not represent the views of the institution, but rather their own personal beliefs.”

Do you see the stark difference here?

I went on to contact Penn Law School for a statement, and to their credit, the comments of the dean, Ted Ruger, was far more palpable and healing.

“Media sources have reported and since confirmed that Professor Wax advocated a national immigration policy that “[i]n effect means taking the position that our country will be better off with more whites and fewer nonwhites.” At best, the reported remarks espouse a bigoted theory of white cultural and ethnic supremacy; at worst, they are racist. Under any framing, such views are repugnant to the core values and institutional practices of both Penn Law and the University of Pennsylvania,” the statement read.

To the leaders of the Jewish community: are you perceiving what is “hateful messaging” on your own terms? Why is Wax allowed to continue making statements like these without being publicly taken to task?

Are we not in this together? We are watching you with keener eyes now.  We should be linking arms as comrades in a most divisive climate where you have just as much to lose.

Do we need to remind some of you that brilliance can and does happen everywhere among people of color who are pioneers that had their ideas stolen too often and used without proper credit given — if at all?

We continue to try and ignore, the pervasive brilliance of people like Malawian teen William Kamkwamba.

“He taught himself how to build a windmill from junk, brought power to his village, learned from books he read in the library,” an article by Forest Park of the urbanintellectuals.com stated. “He was a simple farmer, he hadn’t seen a computer and certainly not many white people in his life. But his mind prevailed and his inventions made lives better.”

How about THAT? He is not the only one either, but news of brilliant Black people, flies in the face of the narrative, we too often want the masses to otherwise believe.

Some in your community refuse to free their limited mindsets, and it is the very reason why they are now scrambling to limit the brilliance bubbling to the surface through amazing achievements, by trying to whitewash this country through fear and hogwash.

Be better. When we allow high profile figures to limit one group, we limit ourselves in the end. Do not let history revisit us all, and remember that experience is a good teacher.

Do something, or you will be summarily be frightened when the targets are squarely on your backs and there is no one left behind, to support you.

Blatant racism, does not look or smell like roses on anyone, no matter how you slice it.