Racism by Any Other Name… 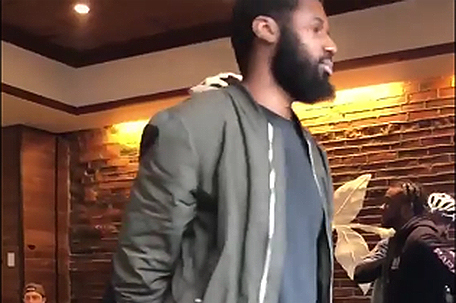 No matter what you call it, racism never changes. 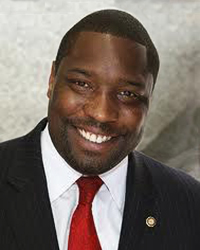 Racism is the national shame of America.

The recent arrest of two young Black men at the Starbucks at 18th and Spruce here in Philadelphia may have finally led us to confront it, but incidents like these are neither new or isolated. In the past few weeks, three Black teens were wrongly accused of theft when shopping for prom outfits at a Nordstrom Rack store in St. Louis. A group of Black women had the police called on them while leaving their Airbnb in California. A police officer used unnecessary force on a young Black man at a Waffle House in North Carolina after his prom.

We have found a pleasant sounding phrase for it now — “implicit bias”— but it describes the same phenomenon: the abiding belief that Black people are perceived as different, inferior and justifiable targets of disparate, and even inhuman, treatment.  The 14th Amendment and the Civil Rights Act of 1964 are federal testaments of the need to reinforce for Black Americans the rights all Americans enjoy such as equal justice under the law.  Those needs touch every aspect of Black life, from federal troops sent to protect Black children integrating White schools for an equal education, to Black protesters sitting in restaurants for equal accommodations, to Black Lives Matter activists marching to stop the shooting deaths of Black men on the streets of cities across this country.

These incidents are the latest shameful examples of this defining American characteristic throughout history.  Recent reports on “Stop and Frisk” policies in Philadelphia reinforce the persistence of this problem.   While the overall number of unjustified stops has declined sharply, thanks to the efforts of Philadelphia Police Commissioner Richard Ross, one in five police stops in Philadelphia are still discriminatory.   Perhaps more damning evidence is grounded in statistics which show that  Black people are 3 percent of the population of Rittenhouse Square but constitute 66 percent of the police stops in that neighborhood.

The country is now asking whether Black people feel the impact of implicit bias in our everyday lives.  While this is the right question, most Black people find this laughable.  Just as our parents knew to keep a full tank of gas when driving through the South at night in the 1950s, we carry the knowledge of which neighborhoods are welcoming or which are dangerous even now.

We can’t allow ourselves to think of the Starbucks incident, the prom shopping incident in St. Louis, the post-prom Waffle House incident, or the “golfing while Black” incident in Pennsylvania as isolated acts.  The complexity and history of the difficulties between races needs thoughtful, meaningful and sincere dialogue, action and commitment to resolve.

Nor can we allow ourselves to dismiss this as a policing issue.  It is much more insidious.  The “implicit bias” that prompts store employees to call the police goes to the heart of what we are obligated to examine and change.   The societal view of Black men — particularly young Black men — is responsible for outrageous outcomes — from the mass failure of public education to mass incarceration to countless infractions, like being “perp walked” out of a high-end coffee shop while waiting on a meeting that might lift your family out of poverty.

The national press is highlighting fresh stories about Black Americans being followed by department store security guards, having the police called on you for golfing too slowly at a country club that you’re a member of, being refused a mortgage despite a good credit profile, or being marginalized at a business meeting.  While this kind of discrimination may be uncomfortable to confront, it’s important to do so. We will never achieve the greatness we so easily claim as the national mantle until we clear the air of the choking dust of racism.

Until we are all judged equitably by the “content of our character,” this country will continue to undermine its own promise.  The corporate policies, the police actions, the government programs, the substandard education, the economic injustice so pervasive in this nation will continue to stifle our ability to grow and continue to raise the ire of people of good will.  The Starbucks protests, some led by local clergy, echo Dr. King’s belief that “we will never be satisfied until justice rolls down like waters and righteousness like a mighty stream.”

My hope is that the Starbucks arrests have helped us all wake up, just like the cup of coffee we reach for every morning.