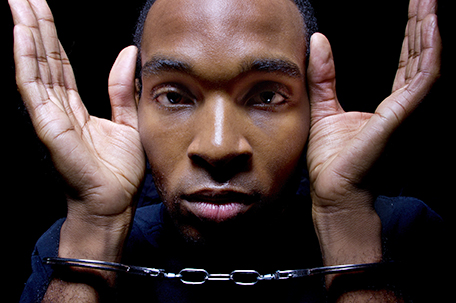 Apparently racial discrimination is like dust — it’s everywhere and it’s difficult to get rid of.

A recently written article in the New York Times, “Racial Bias, Even When We Have Good Intentions” shows just how pernicious and widespread anti-black sentiment is, and how difficult it will be to combat moving forward.

The fact is that most people don’t deem themselves racist, or even prejudiced, but their actions say differently.

Since the Civil Rights movement of more than 50 years ago, most white Americans feel as if we have literally overcome. Yet, factors such de facto segregation and the new term of the moment — “implicit bias” — keep African Americans at a distinct advantage in every sector of American life.

The author of the article, Harvard economics professor Sendhil Mullainathan, rounded up studies mostly by academics over the last 20 years, who looked at real life discrimination in everything from healthcare, and jobs, to academia, and even eBay.

When doctors were shown patient histories and asked to make judgments about heart disease, they were much less likely to recommend cardiac catheterization (a helpful procedure) to black patients — even when their medical files were statistically identical to those of white patients.

When whites and blacks were sent to bargain for a used car, blacks were offered initial prices roughly $700 higher, and they received far smaller concessions.

Several studies found that sending emails with stereotypically black names in response to apartment-rental ads on Craigslist elicited fewer responses than sending ones with white names. A regularly repeated study by the federal Department of Housing and Urban Development sent African-Americans and whites to look at apartments and found that African-Americans were shown fewer apartments to rent and houses for sale.

White state legislators were found to be less likely to respond to constituents with African-American names. This was true of legislators in both political parties.

Emails sent to faculty members at universities, asking to talk about research opportunities, were more likely to get a reply if a stereotypically white name was used.

The scariest part is that when people were confronted with their biases, many were shocked that they acted in this way. And a lot of people got defensive. Most folk don’t realize (or want to realize) they discriminate, which makes tackling this problem all the more difficult.

Maybe one day anti-racist white authors like Peggy McIntosh, Betsy Leondar-Wright and Tim Wise, who have written extensively on “white privilege” in American society will be required reading.

But even then, while knowing is half the battle, action is what changes lives.

Certain industries have come up specific ways to combat bias, such as many of the country’s Philharmonic orchestras, many of which have been doing “blind” auditions since the 1980s. Auditions for the orchestras take place behind screens — either the one auditioning or the committee making the decision. Since the practice started, the racial and gender diversity of orchestras is more reflective of society. Could this be replicated across other industries?

In the words of Professor Randall Kennedy, “Overcoming the racial burdens — individual, communal, institutional — that encumber us will take unremitting effort, major deployments of intelligence and imagination, daunting amounts of time, huge expenditures of money, and the resolute conviction that America’s racial affairs can and will improve.”

Let’s hope that we can muster all that it takes to make it happen. Unfortunately, the ball is not really in black people’s court.