The prophet is rarely welcome in his own village 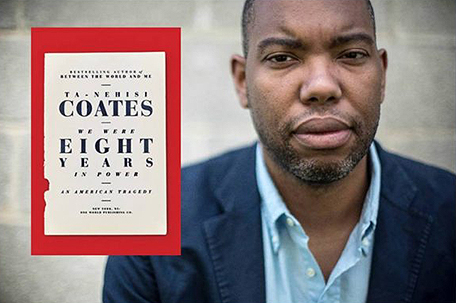 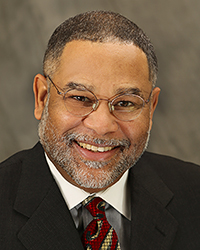 “Coming to his hometown, he began teaching the people in their synagogue, and they were amazed. “Where did this man get this wisdom and these miraculous powers?” they asked. “Isn’t this the carpenter’s son? … And they took offense at him. But Jesus said to them, “A prophet is not without honor except in his own town and in his own home.” — Matthew 13:53-57

On Sunday, December 17th, The Guardian published an op- ed penned by Dr. Cornel West entitled “Ta-Nehisi Coates is the neoliberal face of the Black freedom struggle”. It is a very clear and well thought through analysis of Coates’ book, “We Were Eight Years in Power.” West’s op- ed was also a border critique of Coates’ Weltanschauung — his controlling perspective or image of the universe and of humanity’s relation to it. Simply put, Coates’ worldview.

West’s critique has kicked off a firestorm of controversy via social media and other outlets. Most of the controversy has been critical of West. On Slate.com, Ismail Muhammad wrote, “Not only is it a case of one of Black thought’s elder statesmen attempting a hatchet job on a younger writer, West thoroughly botches the job…” In Huffington Post, Dwayne Wong wrote, “For me, the biggest problem with Dr. West’s piece is that are there more pressing issues that need to be addressed.” Jelani Cobb took to Twitter accusing West of having “cloak[ed] petty rivalry as disinterested analysis.”

We will never progress as a political constituency so long as our politics are based upon the politics of personality and not the politics of policy. Honest critique needs to include substantive policy analysis. Honest analysis of the work of African-American writers or intellectuals by other African American writers or intellectuals should be framed within the context of the analysis, not the personality. By placing the critique in the context of personal animus, the critique can be summarily dismissed and not dealt with on the level that the issue and critique truly requires.

Most of the critique received from Muhammad, Wong, Cobb, and others centered around West’s motivations. There was very little actual analysis of West’s critique that would invite substantive dialogue about the issues. The focus of analysis should not be if  West is angry or jealous.  The focus should be if  West is correct. By focusing on West’s motives instead of his analysis, his critics are, as James Brown would say, “talkin’ loud and saying nothing.”

In his op- ed, Dr. West says, “The disagreement between Coates and me is clear: any analysis or vision of our world that omits the centrality of Wall Street power, US military policies, and the complex dynamics of class, gender, and sexuality in Black America is too narrow and dangerously misleading. So it is with Ta-Nehisi Coates’ worldview.”

Contrary to the position taken by many of his detractors, West’s analysis is not a “hatchet job” or “petty rivalry.”  It is a substantive analysis of a very good writer whose worldview is worthy of critique and analysis. By his critic’s own admission West has earned the right to provide it.  Muhammad says, “…if you are a young writer who interrogates American race relations and White supremacy, Cornel West is the foundation upon which you stand.”  Wong writes, “Dr. West doesn’t just write books and deliver lectures about fighting injustices. He is someone who has been on the frontlines marching…even going to jail for his convictions…involved in the struggle in very direct ways.”  If his curriculum vita and bona fides do not allow him the space in which to critique Coates, who can?

In the search for the “Next One; The Best and Brightest” some may have heaped too much upon Coates a bit too soon. In West’s critique he writes, “There is no doubt that the marketing of Coates – like the marketing of anyone – warrants suspicion.” Since Coates has been accepted by the dominant culture, is his analysis and writing above reproach?

It was the brilliant writer Toni Morrison who prematurely put Coates in the rare-air of James Baldwin.  It was also Morrison who in 1998 wrote about Bill Clinton in The New Yorker that “White skin notwithstanding, this is our first Black President. Blacker than any actual Black person who could ever be elected in our children’s lifetime.” Really? Could this be more unsubstantiated hyperbole?

I think there is something to West’s critique and putting Coates’ work in the context of  “…narrow racial tribalism and myopic political neoliberalism…” that is worth further analysis and honest debate.”  In his piece “The Myth of Western Civilization,” Coates writes in direct contradiction to the Rev. Dr. Martin Luther King, “I am an atheist…I don’t believe the arc of the universe bends towards justice. I don’t even believe in an arc. I believe in chaos.” If there is no arc, then what’s the point of our struggle?  Is his “chaos” Hobbes’ “state of nature”?

West writes, “Coates rightly highlights the vicious legacy of White supremacy – past and present…“but”…he hardly keeps track of our fightback, and never connects this ugly legacy to the predatory capitalist practices…” This is important as Paulo Freire wrote, “the interests of the oppressors lie in changing the consciousness of the oppressed, not the situation which oppresses them…” Is Coates working to change consciousness or situation?

What is wrong with an honest critique of a popular writer and his work?  Especially since, as West writes, the issues are “substantive and serious”. He continues, “Must every serious critique be reduced to a vicious takedown or an ugly act of hatred? Can we not acknowledge that there are deep disagreements among us with our very lives and destinies at stake?” I will add, and work to resolve them?

Amilcar Cabral tell us, “…on the political level — however fine and attractive the reality of others may be – we can only truly transform our own reality, on the basis of detailed knowledge of it and our own efforts and sacrifices.”   We can only gain that detailed knowledge through honest study, debate and dialogue.  The personal attacks on those who offer honest critique of the established narrative and work to change what Freire called the “culture of silence” of the dispossessed will not bring about our freedom and liberation.  As he struggles against the Svengali spin of the comprador class, the prophet is rarely welcome in his own village.

Professor Randall Kennedy and the dangerous politics of sentiment