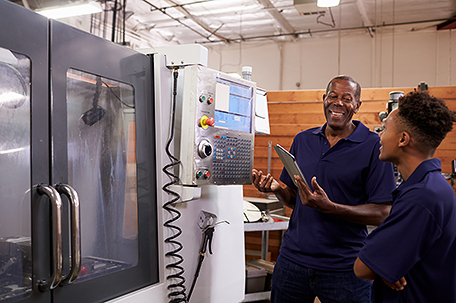 Raynard Jackson, the founder and chairman of Black Americans for a Better Future, talks about the importance of the Black vote in upcoming elections. 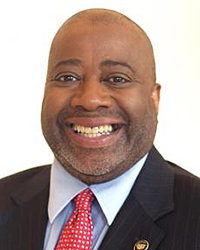 President Donald Trump was voted into the White House in 2016 on the backs of the so-called blue-collar workers who live in the industrial Midwest of the country and a few southern battleground states. These folks reside in states like Wisconsin (Trump +.7), Michigan (Trump + .3), Ohio (Trump + 8.1), Florida (Trump + 1.2), and Pennsylvania (Trump + .7), etc.

The Trump political operation and the Republican National Committee (RNC) are both making a flawed strategic calculation by not recognizing that Blacks are also a part of this blue-collar pool of voters that are open to Trump’s plans and the Republican message of economic nationalism.

Just like with Whites, Blacks in the above states were devastated by the closing of the steel mills and the automation of the auto industry in the 80s and 90s. Many were high school graduates who didn’t go to college, but were good with their hands and were able to make a middle-class living the old-fashioned American way — through hard work.

What Republicans fail to realize is that many Blacks are against amnesty for those in the country illegally and would also like to limit legal immigration.

The mainstream media-appointed, radical liberals of the civil “entitlement” industry have been bought and paid for by the Democratic unions. In my opinion, groups like the NAACP, the National Urban League, the Congressional Black Caucus, etc., do not reflect the views of the Black community; those groups merely reflect the views of their members.

If Trump were to give a series of speeches in front of Black blue-collar workers in these five states, there is no doubt that they could insulate him from the typical liberal attack lines that he is a racist and only cares about his wealthy friends — as though there is something wrong with being wealthy.

I would go a step further. Can you imagine Trump giving a series of speeches with Black blue-collar workers alongside Black entrepreneurs?

Wow! What a visual.

What do all these Blacks have in common? They all have been negatively impacted by illegal immigration and would be devastated by giving amnesty, i.e. citizenship, to those in the country illegally.

Can you imagine if President Trump were to ask someone like Harry Alford to organize such an event? Alford is the President and CEO of the National Black Chamber of Commerce.

I have worked with Harry for decades on all manner of issues of importance to the Black business community and there is none better than his organization.

Here’s a message to the Republican Party: Blacks are not opposed to the Trump administration’s agenda; simply put, no one is speaking to them in a language they understand and in a manner that is relevant to them.

Black blue-collar workers and Black entrepreneurs both have been and are being devastated by workers who are in the country illegally. Why hire a blue-collar American worker at $ 25 per hour when you can hire an illegal worker for a lot less?

Entrepreneurs are being undercut on government contracts, because big companies are hiring engineers from India through the insidious H-1B program, while small business owners have to pay American engineers a lot more in order to compete.

Liberals have tried to equate Trump’s America First promise with America alone. America is the only country on earth that is putting others before its own national interest.

If this White House were to speak directly to Black blue-collar workers and Black entrepreneurs simultaneously, I can guarantee you that this effort would be quantifiable at the ballot box in this year’s congressional elections, as well as the presidential election in 2020.

Last year, I wrote a column about the value of being unreasonable, so I hope President Trump will be unreasonable enough to take me up on my above suggestions. Black voters could very well be the difference between Republicans keeping their majority in Congress, this year, and Trump getting a second term.

It all hinges on how unreasonable Republicans are willing to be.

Raynard Jackson is founder and chairman of Black Americans for a Better Future (BAFBF), a federally registered 527 Super PAC established to get more Blacks involved in the Republican Party. BAFBF focuses on the Black entrepreneur. For more information about BAFBF, visit www.bafbf.org. You can follow Raynard on Twitter @Raynard1223.