Predatory lending is the tip of the iceberg 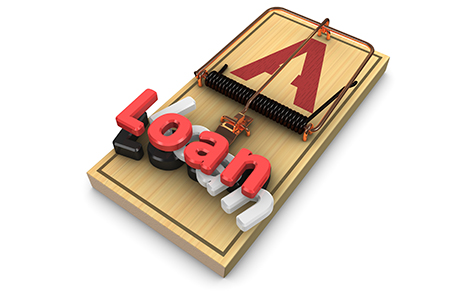 The Consumer Financial Protection Bureau is supposed to “protect” consumers from fraud and predatory lending.  But since 45 has ruled the roost, he has empowered exploiters to extract too much money from consumers.

And he has exposed himself to implicit bribes, which is why the Consumer Financial Services Association of America was meeting at the Trump National Doral Golf Club from Tuesday April 17 to Thursday April 19, 2018.  The payday lenders, who describe themselves as the “small dollar credit industry, offer loans at an annualized interest rate of as high as 600 percent, have been lobbying to loosen regulations against their industry.

As they met in Florida, they focused on the fact that the Florida state legislature had planned to allow them to lend more, at higher interest rates, in the interest of exploiting more poor people, mostly Black and Brown folks.

I went to Orlando and Miami as the guest of the National Faith and Credit Roundtable; a group of religious leaders who are disturbed about the many ways payday lenders are able to exploit poor people.  The stories they tell are harrowing – about a woman who borrowed $500 to fix her car so that she could go to medical appointments, and then found herself paying more than $6000 – 12 times the amount she borrowed—over 2 years, and still needing intervention to stop her enormous payment.  I went to hear ministers use the Bible to talk about the many ways that usury is seen as an abject sin.  I went to Orlando and Miami because I wanted to bear witness to the work “woke” pastors are doing to forward the agenda of social and economic justice.

If this were only about Florida, it might not merit my attention.  But Florida is Missouri, is New Mexico, is Nevada, is California, is Wisconsin, is Michigan.  Each of these states have very loose regulations for payday lenders, which means that folks are charging as much as 600 percent for these “small dollar” loans.  The challenge is that desperate people go “small dollar’ but offer their car, their next paycheck, or even their home, as collateral.  If the payday lender can go into your bank account to pay, all your other bills stand in the back of the line.  How to close the gap?  Take out another payday loan, and another, and another.  Your small $500 loan grows exponentially.  And nobody is looking out for you.

So the Consumer Financial Protection Bureau offered a rule to curb in payday lenders.  And now, with the 45-inspired leadership, the CFPB is considering rescinding the consumer-protective rule.  This isn’t the only way that the CFPB has been curtailed from protecting consumers.  In 2013, the bureau issued guidance about the legal risks of dealer markups and the ways that discrimination pushed Black and Hispanic folks into higher interest rate loans than their White counterparts.  Toyota, Honda, Ally Financial and others were sued because borrowers of color paid much higher interest rates than their White counterparts.

These payday lenders are tricksters.  They call themselves the “Consumer Financial Services Association” — wording amazingly close to the Consumer Financial Protection Bureau.  They push themselves out as an industry association that manages “best practices” in ‘small dollar lending’.”  They engage in the most pernicious form of lobbying, even purchasing the support of “civil rights leaders” who argue that people have “the right” to enter into financial enslavement.  And their high-rolling golf games at a Trump resort is a wink and a nod to the many ways this administration is ripping off poor people.

The new leadership of the Consumer Financial Protection Agency has been pressured to relax payday-lending rules.  Several states have bowed to the pressure to support the payday lender that exploit low-income, mostly Black and Brown, communities.  In Florida and Michigan, and in other states, there are harrowing stories of people being exploited because payday lenders have a legislative pass.  This flies in the face of the notion that the poor should be protected from extreme usury, but it is perfectly consistent with the focus of this corrupt administration.

So who will take care of consumers who face discriminatory interest rates, predatory lending and more?  Perhaps voters will throng to the polls in November to elect a Congress dedicated to providing protection for consumers!