The Power of the Presidency: Will ethnic cleansing be next? 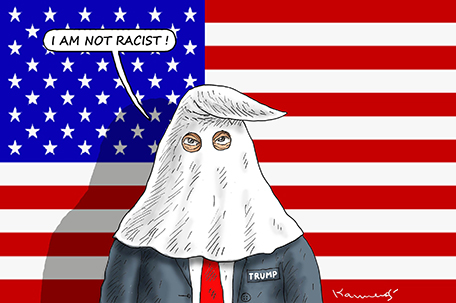 The ‘’sh*thole” debacle: It is one thing to rhetorically hate a race of people but it is quite another to have the power and the resources to destroy them. That is why President Donald Trump’s argument that people from “sh*tholes,” like Haiti and Africa don’t belong here is so disturbing.

In a sense, he is telling the world that Black and Brown people have no place in America. He made that loud and clear when he said, “Haitians, get out.” Will we see ethnic cleansing? Are we witnessing the rise of America’s Hitler? Character assassination precedes physical assassination.

First, there is the slander of painting of people of color as worthless, unpatriotic, and lawless. Here is a president who labeled Black football players “sons of bitches,” had kind words to say about the White nationalists who were beating up protestors in Charlottesville, Virginia, and has refused to provide the help to Americans suffering from hurricane destruction in Puerto Rico. 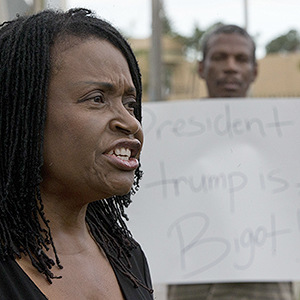 One of his first hires was Steve Bannon, an avowed White supremacist whose plan was deconstruction, which meant satisfying Trump’s base by dehumanizing people of color, robbing them of survival tools and ensuring more Black men wound up in jail.

Trump’s father was reportedly a Klansman, so the hatred he has for Blacks was passed through his DNA. He tried to violate former President Barack Obama’s right to be president through the lie that he was born in Kenya – one of those “sh*thole” places. When that didn’t work, he became obsessed with destroying Obama’s legacy once he became president by doing such things as using budget cuts to destroy Obamacare. By making those cuts, Trump is finding ways that he can destroy Obama’s legacy and the race that it sprang from.

The deconstruction of people of color not only occurs through his inhumane immigration policy, but the cutback in EPA regulations, which allow toxins to flow freely into places where people of color live. Cuts in Medicaid and Medicare will push seniors to cut back on preventive care, another measure that will hit Blacks that are on the bottom of the economic poll. To pay for the billions Trump and the Republicans will be providing to their rich friends, millions will not have health care, healthy toxin-free environments, and their beds will be the cold sidewalks as he cuts aid for the homeless.

The other problem is Trumpism, which is comprised of Republicans that don’t stand with those Americans that believe that all are created equal.

They support Trump’s racism while White evangelicals pretend that unmerited greed is not a sin and the Black pulpits sit mostly silent.

But I still believe that there is enough of us — the Irish, the Italians, the Japanese, and hundreds of other races, whatever so-called “sh*thole” we may be associated with — that will still rise to make America great again instead of hate again. We will run for office, we will vote our strength, and we will never hate, bully, or slander others. We will never lower our values to become the tyrants who are now ruining this country. We are better than those at the top, so we must rise up and reclaim the honor and dignity in the name of all those, Black, White, red and yellow, who died to make us free.